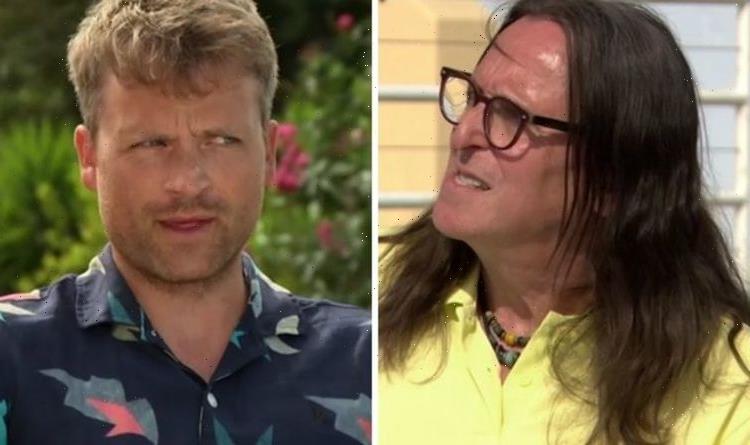 A Place In the Sun: Guests get 'headache' from house hunting

Ben Hillman was tasked with finding a hideaway in the charming town of Alvor in Portugal’s Algarve for his guests Yvonne and Graham on A Place in the Sun. During Wednesday’s instalment of the Channel 4 programme, he showed them a selection of one and two-bedroom apartments. However, Ben was left stunned when his guests told him he was “giving them a headache” as they struggled to make a decision about the properties they’d viewed.

Yvonne and Graham were looking for a bolthole on the Algarve which needed to be within their £145,000 budget.

Ben thought he’d have his work cut out for him trying to find the ideal home for the couple within their budget, but he was quickly proven wrong.

The duo adored the first one-bedroom property Ben gave them a tour of, which they described as “a home from home”.

They told Ben the apartment was definitely a contender, and he said: “That’s got to be the best first reaction to a property ever.”

The second property, which was located next to a stunning marina, also impressed the duo, as it had two bedrooms, in comparison to the first property.

While taking Yvonne and Graham on a tour of the apartment, he explained: “I think it blows the previous property out of the water, but I know you’ll be the judge of that. It’s on the market for £143,500.”

The Portuguese apartment included two communal swimming pools and two tennis courts, as well as its own private terrace, two large bedrooms, a living area, a kitchen and a bathroom.

“These two are five-star house hunters, they are so willing to make the compromise and I guess when the properties are this good, then it’s not that hard,” Ben stated to the camera.

After viewing the rest of the property while Ben waited outside, the couple issued a warning to the Channel 4 presenter.

Yvonne told Ben: “We kind of challenged you when we saw the first property, you’ve given us a second bedroom and a lot to think about.

“You’ve given us a headache really.”

The couple told Ben both properties were contenders, and he joked that he hoped he’d be able to cure their headache with his third choice.

However, when they were looking around the third apartment Graham teased that his headache had “turned into a full-on migraine”, as he approved of that property too.

Ben, who admitted he’d never had a house hunt go so well, asked the couple what they thought of the third property.

Yvonne added: “It’s not so much our style of place as the others, but there is so much space.”

Graham said: “It’s the footprint you’ve actually got, the rest you can change.”

The couple told Ben the third property could also be a contender before he took them to visit his fourth property, which was a one-bedroom apartment in another area of the Algarve.

Yvonne and Graham both agreed the fourth property was their least favourite and they swiftly moved on to the fifth and final home.

They were amazed by the fifth property, which was on the market for a negotiable £131,500, and explained to Ben they were stuck between the final property and the first apartment.

However, the following day, they met up with the presenter and excitedly told him they wanted to put in an offer on the first apartment they had viewed.

Their initial offer of £140,000 was rejected, but their second offer was accepted and they bought the property for £143,000.

A Place in the Sun continues weekdays on Channel 4 at 4pm.

Why Tom Hanks’ ‘Cast Away’ Inspired Fans to Change Careers 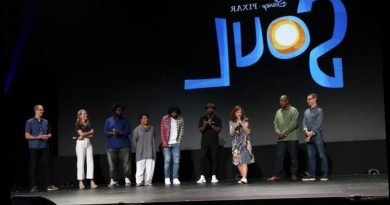 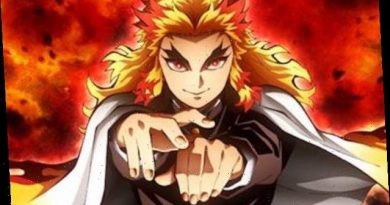