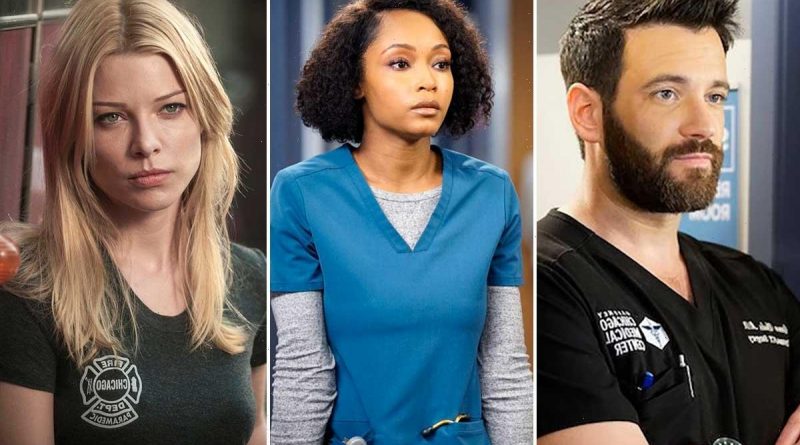 We love settling down on the sofa midweek for Chicago Wednesdays and couldn’t be more pleased that the hugely popular NBC franchise is back.

However, with the longest-running show Chicago Fire having been on screens for almost a decade (Chicago PD and Chicago Med were launched in 2014 and 2015 respectively), the One Chicago family has lost several cast members over the years. But have you ever wondered why they left and where they are now? From Sophia Bush to Gary Cole, find out what the actors who have left are up to now…

WATCH: Are you a fan of the One Chicago franchise?

One of the original stars of Chicago PD, Sophia Bush left after four seasons. Her character Detective Erin Lindsey was written out as having moved to New York City to take a job with the FBI.

The circumstances around Sophia’s exit behind the scenes are a little bit more complicated. Speaking to fellow actor Dax Shepard during an appearance on his Armchair Expert podcast, she revealed that she stepped away from the show for personal reasons as a result of “a consistent onslaught barrage of abusive behavior” from show bosses. Viewers may have seen Sophia more recently in Hulu series Love, Victor and horror film False Positive.

Chicago Med fans were crushed when it was announced that Colin Donnell would be leaving the show due to “creative reasons”. The actor starred as fan favourite Dr Connor Rhodes in the medical drama’s first four seasons and it’s never really revealed what really caused his exit, although it seems that it was not Colin’s decision to walk away. Since his time on the show, Colin has made a return to theatre and had leading roles in the Hallmark movies Love on Iceland and To Catch a Spy.

Lauren German starred as paramedic Leslie Shay in Chicago Fire for the first two seasons but was sadly killed off in the season three premiere. The much-loved medic met her fate after walking into a trap set by a serial arsonist. Opening up about why the show killed off Lauren’s character, executive producer Matt Olmstead revealed to TV Line that he chose her “because it affected the most people”. Explaining, he said: “Going into it, we knew if we were going to do it, it had to be someone who was going to give us a big impact, as opposed to going for a lesser-known character.”

It didn’t take Lauren long to land her next role; the following year she was cast as Detective Chloe Decker on the fantasy crime drama Lucifer opposite Tom Ellis, which recently wrapped up after six hugely successful seasons.

Monica Raymund’s exit from Chicago Fire in 2018 came as a bit of a shock to fans. On the show, her character Gabby Dawson left her Chicago life behind to help with post-hurricane relief efforts in Puerto Rico.

However, there was no dramatic reason why Monica chose to bow out. It was simply a case that her contract was up and she was keen to explore other roles away from the NBC drama. As she stated on Twitter after the news was announced, it was time to “move on to the next chapter in life”. The door has remained open for Monica’s return ever since and indeed, the actress who currently stars in Starz crime drama Hightown, made a small guest appearance in season eight.

Former Vampire Diaries star Steven R. McQueen’s time on Chicago Fire was short but sweet. He joined in 2015 for a one-season arc as new recruit Jimmy Borelli before bowing out of the show in season five. Since then, he’s appeared in Home by Spring, Medal of Honour and even reprised his role of Jeremy Gilbert in Vampire Diaries spinoff series Legacies.

MORE: Where are the cast of The Vampire Diaries now?

Yaya DaCosta’s April Sexton became the latest major character to leave Chicago Med after it was revealed in June that she would be relocating. Speaking to Deadline not long after the news broke, the actress revealed that her exit came about after falling in love with another show – FOX’s new drama Our Kind of People.

She said: “My exit from Chicago Med and the arrival of this show happened really simultaneously. There isn’t much to say about it. There was a window opening and a question mark as to whether I should stay or go.

Jon Seda first appeared as police officer Antonio Dawson in Chicago Fire in a recurring role and was added as part of the main cast of Chicago PD when it launched in 2014. However, just five years later in 2019 he was written out. According to sources, producers felt that his character “had been played out,” which ultimately led to his exit. There seems to be no hard feelings, though, and Jon has since gone on to land a main role in new sci-fi drama La Brea.

Another shocking exit for Chicago Fire came in 2015 when it was revealed that rookie firefighter Peter Mills would be be hanging up his uniform – and it seems that the news came as something of a surprise to actor Charlie Barnett too. Speaking to Sarasota Herald-Tribune, he said the news came out of nowhere.

“They expressed that it wasn’t about me or myself as an actor or my personality … But they felt that Peter had reached a plateau and the writers didn’t know where to take him because he’d done so much already.” However, what was Chicago Fire’s loss was Netflix’s gain. Starting with a small role on Orange is the New Black, Charlie has appeared in many of the streaming site’s most popular shows including Russian Doll, Special and You.  He also stars in new NBC drama Ordinary Joe. 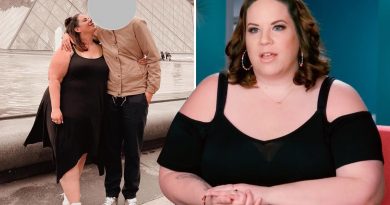 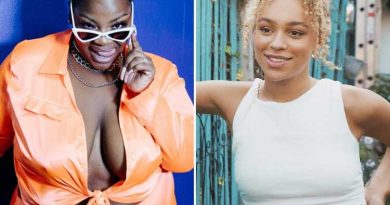 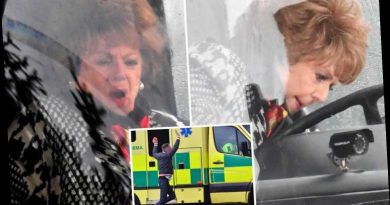