Home » TV & Movies » Why Jed's Issues Matter Even If He Really Fell In Love With Hannah B.

Because she’s been there and done that, literally, former Bachelor contestant/tear fountain Ashley Iaconetti is recapping this season of The Bachelorette for Cosmopolitan. With insider insight as well as a clear eye for what’s going down both in front of and behind the cameras, read on for her thoughts.

This post contains spoilers for last night’s episode of The Bachelorette.

Alright let’s just dive into the hometown dates (and go in chronological order)!

Starting with Peter the Pilot…

Peter’s family is the kind of bunch you want to be in-laws with. They’re so warm and mushy! I kind of like when it’s just the immediate family unit present, because it feels more real and less like a family reunion. It’s a lot less overwhelming for the lead and the audience to watch. I do wonder why Peter’s dad got so emotional. Maybe he’s the ultimate hopeless romantic? I loved seeing Peter get teary when he brought up his grandparents…and the realness of Hannah finding a condom in Peter’s center console. Snooping tells you so much! It’s probably too hot to store condoms in your car in California, but that’s another article. BTW, sick ride, Peter…I see Delta is treating you well.

All of my Pearl Harbor dreams came true for Hannah went she went flying with Peter. Even so, I think he got the first rose at the ceremony not just because his hometown was easy, breezy, but also because his date was most fresh in her mind. His date was probably filmed the day before the ceremony since his home is literally 10 minutes from the Bachelor Mansion. In fact, Hannah’s hotel is in the town of Westlake Village. Points for convenience!

As I sit at this keyboard trying to collect my thoughts on Tyler, these song lyrics came to mind: “All he does is win win win no matter what what.” He becomes more and more likable each passing episode. He and Hannah spend the day in Jupiter, Florida, on a boat and at a tiki bar, while the rest of America sits at home, green with envy. But at least Hannah is geeking out and appreciating every bit of Tyler’s handsomeness and tight pants. My sister and I had to rewind the part where she squealed about kissing Tyler. It was so funny.

We learned in week four that Tyler’s dad had been in a coma not long before he left to film for the show. For anyone doubting Tyler’s sincerity (like my fiancé), I think this episode puts those concerns to bed. The relationship and care this father and son have is very special. It’s always the most attractive thing to see that a man is a reliable caregiver and can hold up a family when it’s struggling. Hannah couldn’t look more smitten when hearing how Tyler stepped into this role when his dad was in the coma. Also, Tyler wins the best send-off this week with that make-out session in the SUV.

Luke is still in the game:

This week was Luke’s best episode…which may not be saying much. But I do feel like some religious people across America may have a soft spot for him. Although one could debate how Christian he’s acted throughout the season. (For more of this, listen to The Ben & Ashley Almost Famous Podcast. Ben, a devout Christian has a lot to say about Luke using his religion as a weapon this season.)

these must be the tracks we are back on. #TheBachelorette pic.twitter.com/vwDK5JYL1y

The church is a big part of his life and Luke has a point that it created a bond with Hannah she doesn’t share with the other guys left. Still, this is a side of their relationship we haven’t seen actual proof of. (Devil’s advocate: maybe we’re not seeing it because they only get to show us an hour and 20 minutes a week of her journey?) Anyway, at the Sunday school, he elaborates on finding God in the shower (which is still a little funny) and how he “chased sex in college.” This was obviously a way to foreshadow next week’s episode.

Luke’s family honestly seems lovely, and there weren’t any red flags that came up for me. They definitely did their best to defend him since Hannah wasn’t shy about their issues. The family and the members of the church made it seem like he’s the most friendly, amicable person they know. Hannah explains she’s kept him around this long because she feels like this is his true self, even though that aspect of his personality hasn’t often shown through. My biggest takeaway from Luke’s part of the episode is that Hannah said she loved him. Let’s just let her feel her feelings and not judge them too hard, k?

Guys. I cannot believe that Hannah and Jed went on another musical date. Like I’ve mentioned in previous recaps, I’m stunned that he’s been allowed to promote his career this much, especially after he admitted it was the reason he signed up in the first place. If he didn’t go into this season with a girlfriend, he may have actually grown a career out of this exposure.

TBH, while he went on the show with a girlfriend and for “the wrong reasons,” I really think he genuinely fell in love with Hannah. The song lyrics they created together were beautiful and that moment they sang, it was so raw and full of love…in my eyes at least. Jared asked me if the love Jed says he feels at this point even matters. After some thought, I guess it doesn’t because if they were to end up together, she’d never be able to trust him. Trust is too big of a thing to be missing in a relationship, even if there’s strong love.

It’s cringe central when they go to Jed’s house. His mom was a straight-up condescending bitch to Hannah, right? She didn’t believe that Hannah hasn’t said she was falling in love with the other men. Ironic of her to doubt Hannah, now that we know her son apparently said “I love you” to another woman right before leaving to film the show. Jed’s mom belittled and ridiculed The Bachelorette process. The sister also came across as rude saying that she’d prefer that Hannah and Jed don’t end up together for the sake of his career. Even if there was some editing involved in these scenes to make the family seem tougher than they really were, there was a lot of coldness and judgment coming from his fam.

Part of me wonders if this behavior was a defense mechanism because they knew he left a girlfriend at home for fame. Maybe they wanted to deter Hannah from picking Jed altogether. Maybe they really like his other girlfriend, Lindsay! Lindsay did say that she met his family. They probably assumed The Bachelorette is just show and real feelings don’t come out of it. I also found it super interesting how they seemed far more supportive of Jed having success in music than success in love.

After all of these hometowns, I’m not surprised Hannah couldn’t pick a person to send home. I know most of us would send Luke home, but this is Hannah’s decision, not ours. Jed got fired up to find out that Hannah was split between him and Luke. After they both received roses, Jed didn’t come across well as he focused more on being compared to Luke than getting another week with Hannah. Now, all four guys are in for fantasy suites week. It’s truly the week to go deep (that’s what she said). 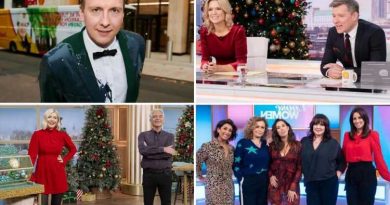 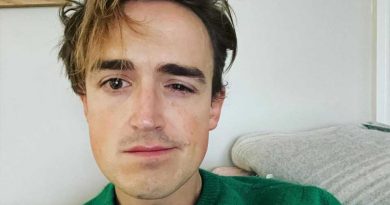 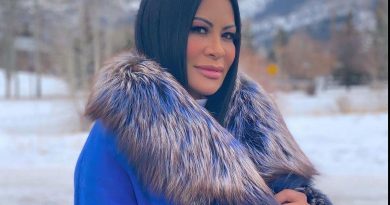