Home » TV & Movies » Who is Fraser and when did he rape Tiffany in EastEnders?

EastEnders could be about to take a dark twist in the wake of Tiffany Butcher (Maisie Smith) confronting her rapist Fraser (Shanu Hazzan).

With Jack Branning (Scott Maslen) potentially set to take matters into his own hands with Fraser after running into him at the park, speculation has mounted that he could seek murderous revenge on him, despite Tiff telling him not to.

So just who is Fraser – and when did he rape Tiffany?

Here’s what you need to know…

Who is Fraser in EastEnders and when did he rape Tiffany?

Fraser is a member of the gang which Tiffany became involved in earlier this year.

She fell in with them after she ran away from home, convinced no-one in Walford wanted her around – and was groomed into joining by evil Evie Steele (Sophia Capasso).

It was during this time that she was assaulted by Fraser – and confronted him over the ordeal during Friday night’s episode.

Although she told him how terrified she had been during the rape, Fraser tried to convince her she had enjoyed it – although Tiff bravely stood up for herself against his claims.

‘I hated it. I froze and you raped me. Yeah, but I’m not frightened anymore. Because you are nothing! You know that? Sell to little kids. You forced me to have sex because you can’t get it any other way. But it didn’t work with me because I’m better than you’.

She also threatened that if he didn’t leave Walford she would report him to the police.

What will happen next?

While Tiffany told Jack on Friday she wants to put it behind her and get on with her life, Jack’s encounter with Fraser at the park leads to him discussing him with Mueski (Patrick Cremin) in the Queen Vic – and is unsatisfied with his responses.

All of which leaves him determined to take matters into his own hands – and starts following him.

But the pair will come face to face once again on Thursday – potentially setting the scene for fireworks.

What happens? You’ll just have to tune in to see.

EastEnders airs Mondays and Fridays on BBC One at 8pm and on Tuesdays and Thursdays at 7.30pm. 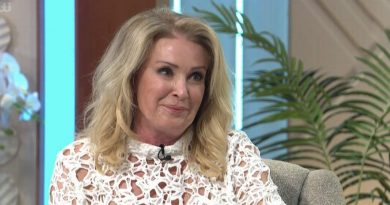 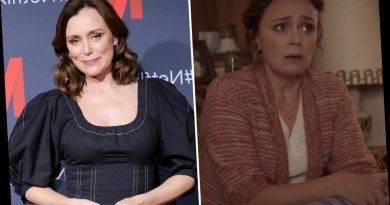 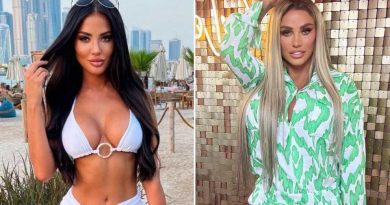