Home » TV & Movies » When Hope Calls, the When Calls the Heart Fans Are Here to Stay 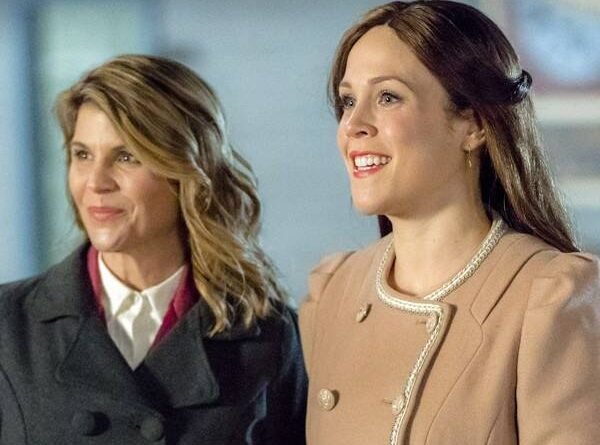 You’ve heard of Gleeks. You’ve seen proud Arianators take over your timeline. Every other muggle is a Potterhead.

These are all nick names for passionate fanbases that have infiltrated mainstream pop culture. But you might not know about Hearties, one of TV’s most longstanding and loyal group of fans committed to Hallmark Channel’s When Calls the Heart.

While it may seem unlikely, the family-friendly period drama based the Janette Oake books and produced by Little House on the Prairie star Michael Landon‘s son about the lives of the people in Coal Valley, a small Canadian mining town in 1910, could inspire fan conventions, cookbooks and weekly trending topics on Twitter, Hearties have established themselves as one of TV’s most dedicate fanbases since the show premiered in 2014.

When Calls the Heart has inspired such a devoted following that Hallmark created When Hope Calls, a spinoff of the series, to serve as its first original series for its streaming service, Hallmark Movies Now, with the new drama premiering Friday, Aug. 30. The spinoff centers on two sisters, who were introduced on the original series, and the challenges their orphanage faces on the Western frontier in the neighboring town of Brookville.

“When Calls the Heart has developed a passionate community of loyal viewers and we wanted to serve their increased appetite by developing a spin-off series that we know will evolve into another beloved classic,” Hallmark Channel executive Michelle Vicary said when the spinoff was announced. “When Hope Calls is a seamless fit to debut on our streaming service, Hallmark Movies Now, and speaks to our dedication to our loyal fans.”

Since launching 18 years ago, Hallmark Channel has mostly been known for its line-up of Christmas movies, annually airing their “Countdown to Christmas” programming that has consistently the highest rated cable network in the fourth quarter each year. The network then started eventizing other holidays (Easter, Thanksgiving) and  seasons (“Fall Harvest,” “Spring Fling”) to keep their audiences coming back for more feel-good content.

But When Calls the Heart has been the sleeper hit for Hallmark Channel, the clear standout among its line-up of original series, including The Good Witch and Chesapeake Shores. Not only is it their highest rated original series ever, it’s also one of the highest rated scripted series on cable.

In a savvy and strategic scheduling move, Hallmark even combined their two biggest assets, airing a When Calls the Heart holiday special the last several years during the final week of 2018, with 2018’s two-hour offering becoming the most-watched telecast during that time period on all of cable.

Season six, which ended its run on June 3, was the series’ highest-rated season yet, with the premiere in March delivering 3.1 million viewers, making it cable’s No. 2 show of the night, trailing just behind AMC’s behemoth hit The Walking Dead. Oh, and it was No. 3 in 2019 overall, so business was still a-boomin’ in Coal Valley. 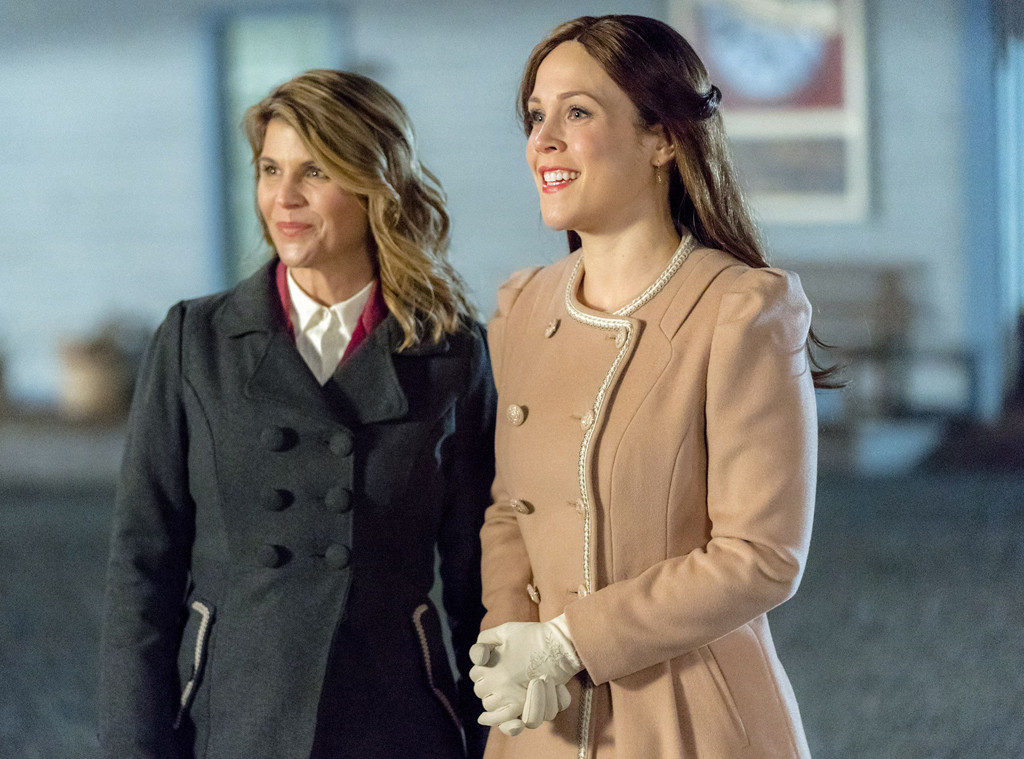 But just days after the season six premiere aired, a shocking scandal involving When Calls the Heart‘s biggest star that made headlines all over the world threatened the future of the picturesque world of Coal Valley.

Lori Loughlin, the beloved star of Full House who had become one of Hallmark Channel’s most successful stars thanks to WHCH, her Garage Sale Mysteries franchise and annual appearance in Christmas movies, found herself at the center of the college admissions scandal after she and husband Mossimo Giannulli were accused of paying “bribes totaling $500,000” in exchange to secure admission to USC for their two daughters. They’ve since plead not guilty and are in the midst of their court battle.

As the scandal first played out, Hallmark Channel pulled WHCH from their line-up, with the network known for its wholesome image issuing a statement.

“We are saddened by the recent news surrounding the college admissions allegations,” a Crown Media spokesperson. “We are no longer working with Lori Loughlin and have stopped development of all productions that air on the Crown Media Family Network channels involving Lori Loughlin including Garage Sale Mysteries, an independent third party production.”

Naturally, Hearties feared their show was canceled, taken away from them too soon and due to circumstances beyond their (or the producers’ control). Soon, #Hearties4S6 was trending worldwide on Twitter, with the fanbase uniting to show their support for the show.

After the outcry, Hallmark released a follow-up clarifying their initial statement, regarding Loughlin’s future on the network, assuring fans the show would be returning.

“We assure you that Hallmark Channel has no plans to cancel When Calls the Heart. Hope Valley has many more stories left to share and we will let you know the details soon.”

But anxious viewers were left waiting for almost two months, until series star Erin Krakow, who often appears in the channel’s original movies as well, sat down to film a special video for fans announcing season six’s return on May 5.

Before the announcement, executive producer Brian Bird offered an update from the creative team, explaining they were coming up with creative solutions to address the absence of Abigail Station, Loughlin’s fan-favorite character.

“We know millions of fans are on pins and needles wondering what will happen now. Let us reassure you, When Calls the Heart has always been bigger than the sum of its parts, and it HAS NOT BEEN CANCELED. With the full support of the network, we have gone on a creative hiatus to do some retooling on the remaining Season 6 episodes.”

He continued, “Your love for When Calls the Heart is the courage we count on as we work through this challenging transition and your Hearties community will always be the most important legacy of this TV series.”

When WHCH returned on May 5, Loughlin’s exit was swiftly handled, with her character leaving to go take of her ailing mother, and life going on in the small town…and for viewers, who still tuned in, making the highly anticipated  return the highest rated show that night, and continued to tune in, making the season six finale on June 3 the No. 1 scripted show on cable.

Season six closed out as the series’ highest rated and most watched season ever, reaching just over 9.2 million unduplicated total viewers across platforms and viewings.

Naturally, a seventh season was officially picked up. And the new spinoff set to premiere, giving Hearties even more hope about the future of the expanding WCTH universe. 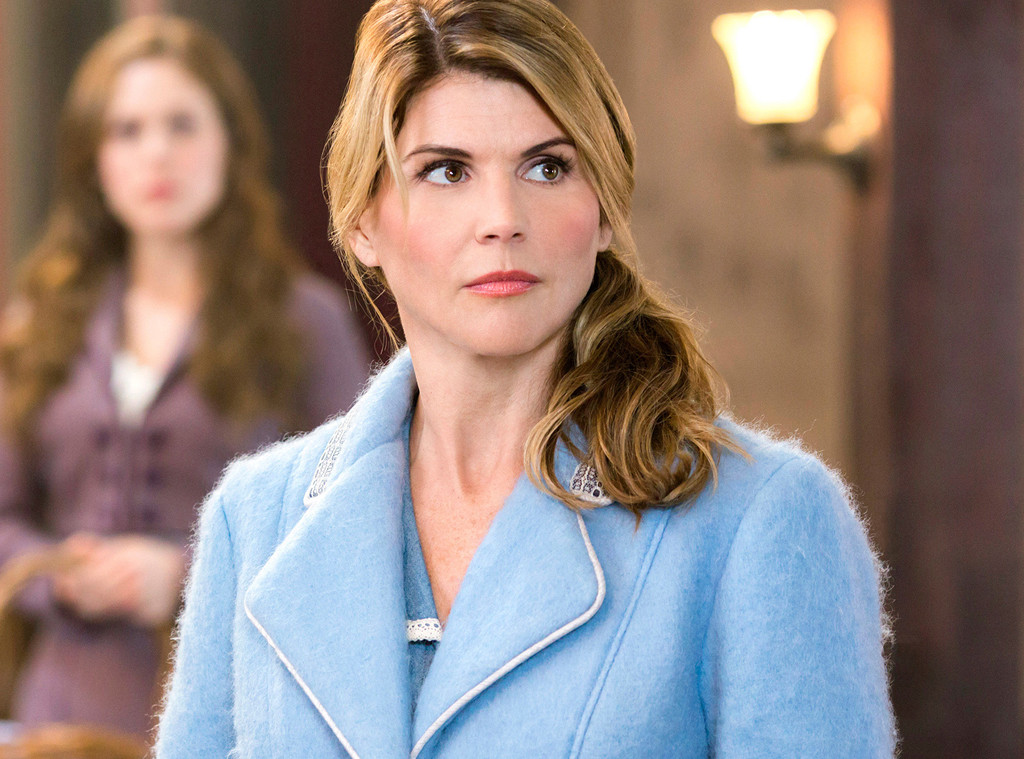 But what is it about the early 1900s world that has transfixed viewers of all ages in a pop culture landscape dominated by superheroes, supernatural beings and scandalous streaming shows constantly pushing the envelope? It’s exactly that: its counter-programming that is rarely being offered up elsewhere these days, a hole in the market Hallmark has been all too quick to plug.

In an interview with The Christian Post, he expanded on this, explaining,  Nobody is making this kind of programming anymore. Nobody is making family programming anymore. The Hallmark Channel is sort of a one lone place where you can still find it. I have always wanted to create content that whole families could watch together in one room, because I believe in that.”

Bill Abbott, CEO of Hallmark Channel, once told E! News that it’s the network’s goal to create a “safe space, a feel-good space” in a marketplace that has gone “past the point of edgy.”

For many viewers, the show (and the rest of the channel’s programming, really) is a throwback to a different era of television, but it’s not just older audiences that are craving this family-friendly programming, as WCTH is consistently one of the top performers in the women ages 25-54 (aka the most sought-after for advertisers), as well as the coveted adults 18-49 demo.

“We get teenagers on up to grandmas at the Hearties family reunion. The male Heartie factor is growing,” Bird said of the show’s surprisingly wide array of fans on the Greenelines podcast. “I will say when I meet a man who likes the show…you don’t lose your man card when you watch When Calls the Heart. In fact, you get you get an extra one.”

He added during an interview with The Christian Post, “There’s a whole giant underserved audience that is starving for shows like When Calls the Heart. If they’re starving for food, you have to give them food. And if you do give them food they will really love you for it.”

#Repost @wcth_tv ・・・ The Hearties Family Reunion weekend comes to close and what a an amazing weekend we had together! We loved every minute in Vancouver & Hope Valley with you. Comment below with your favorite #HFR4 moment! ❤️ #Hearties #WhenCallsTheHeart #WCTH #Friends #Family #Memories (📷: Dawn Bateman)

#Repost @wcth_tv ・・・ The Hearties Family Reunion weekend comes to close and what a an amazing weekend we had together! We loved every minute in Vancouver & Hope Valley with you. Comment below with your favorite #HFR4 moment! ❤️ #Hearties #WhenCallsTheHeart #WCTH #Friends #Family #Memories (📷: Dawn Bateman)

And love them for it the Hearties do, with the fans eventually starting their own annual convention in Vancouver, called the Hearties Family Reunion.

This year’s event, the fifth one, is already sold out, and features three days (Oct. 4-6) of events and activities ($325 per ticket, not including travel costs and lodging), including Q&A panels with the stars, regional Hearties meet-ups, a Saturday mass, and a tour of the sets.

In addition to participating in the convention each year, Bird co-authors a series of devotionals and journals inspired by the series called When God Calls the Heart, which illuminate the “God-moments” from WCTH.

“I don’t necessarily believe that film or TV is good evangelism, so I’m not a TV evangelist,” Bird, who also produced Touched By an Angel, told The Christian Post. “But what I do believe is that good stories full of hope, faith and love, and redemption, forgiveness, resurrection, sacrifice, courage and all the great virtues you can find in almost every faith — they are obviously the core of Christianity as well — I believe that good storytelling, which includes those things, stirs up soul cravings.”

But there is also a series of cookbooks featuring recipes inspired by WCTH, as well as an official soundtrack and merchandise like tea towels, blankets, aprons and Christmas ornaments. Fans have also written fan fiction about the characters, with the show inspiring almost 500 pages worth of stories on FanFiction.net.

MacInnes Farms, a working farm located in Jamestown, offers tours of the When Calls the Heart set when the show isn’t in production, with the walking tour costing about $20 per person, though the private tour is a bit pricier. There’s also the option to buy the show-themed gift set, which is $155 and includes two tour tickets, an ornament, a coloring book, two calendars and other WCTH-themed merchandise.

While it remains to be seen if the residents of Brookfield will attract the same level of fandom that the beloved characters in Coal Valley have cultivated in the last five years, it seems likely Hearties will be pulling double duties as Hopies soon. 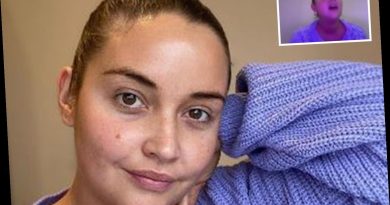 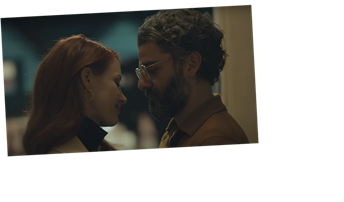