Home » Wait, How Long Has Nick Been Married on 'The Handmaid's Tale'? 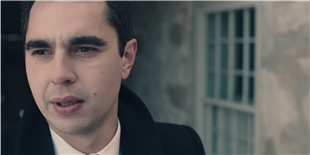 [There are spoilers ahead for this week’s episode of The Handmaid’s Tale. If you haven’t watched yet, come back to this later!]

This week’s Handmaid’s Tale has it all: June screaming, Fred being a piece of crap, Serena Joy being… Serena Joy, and most importantly, a highly-anticipated Nick and June reunion. The two of them were able to meet up as part of a potential deal to get Hannah back, but there was a major surprise in store for viewers. As June was walking away from their rendezvous, Nick pulled out a wedding ring from his pocket and put it back on his finger. I’m sorry, what!?

This was a major shock. Nick was married one time before (remember Eden? yikes), but viewers hadn’t gotten an update on his love life in a while. And he didn’t tell June! My reaction was this:

A writer for the show, Eric Tuchman, broke down the interaction for Entertainment Weekly, and answered some very important questions.

“I can’t tell you specifically how long he’s been married,” Tuchman said. “There’s been some time, a few months, that have passed since the end of episode 3 when they last met, to now in episode 9. I do hope people will gasp a bit when Nick slides on that wedding ring.”

Um, yeah! Jaws were on the proverbial floor, sir. He explained that it was inevitable for Nick to get married in the structure of Gilead. “The thing is, of course he got married in Gilead,” Tuchman said. “Nick is probably top of the list of most eligible commanders. He’s a power player on the rise. He’s a handsome man of mystery. And Gilead demands its version of traditional family values. So naturally Nick couldn’t stay single for very long.”

Okay, sure, but he really couldn’t tell June? That feels so deceitful! Tuchman had an answer for that, too. “He keeps it a secret from June because he’s not going to dump this revelation on her and spoil their very brief encounter. And for me, the sequence with June and Nick should feel like a brief respite, a little haven for them to be together with their baby daughter, like a family, away from the pressure and stress of everything that’s going on in their lives.” Sure, sure, that makes sense. But still!

The thing about June and Nick’s meeting that felt even more ominous than this reveal is how much it felt like a final goodbye. Are we ever going to see these two together again? And while we’re asking questions, who the heck is he married to!? TBD, I guess.

Want more behind-the-scenes info on all your favorite shows? Yeah. We know you do. You can find all of our TV coverage here. 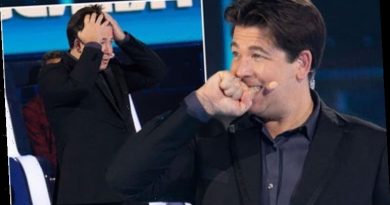 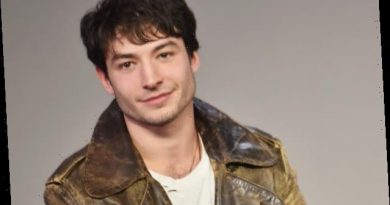 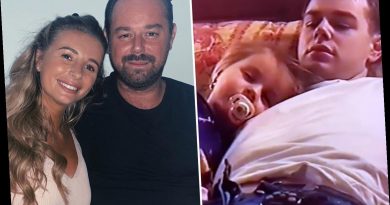