Home » TV & Movies » Video: What We Did With Only 4 Hours in Universal Studios Orlando & Islands of Adventure – /Film

While visiting Orlando to cover the opening of Hagrid’s Magical Creatures Motorbike Adventure, we got a half day to explore Universal Orlando resort. How did we spend our time in Universal Islands of Adventure and Universal Studios Florida with only 4 hours? Did rain storms ruin everything? Watch and find out!

This video comes from our new theme park-focused YouTube channel Ordinary Adventures, so please subscribe if you haven’t done so already!

As you’ll see in the vlog, we had a mostly leisurely day at the parks. We wandered around, checked out the Today Show Cafe, the prop shop, admired the Back to the Future time machine, admired The Simpsons land, rode E.T. Adventure (one of my favorite rides in the resort), explored Diagon Alley in The Wizarding World of Harry Potter, bought some pins in Weasleys’ Wizard Wheezes, ate Fish and Chips and Butterbeer at the Leaky Cauldron, checked out the new store Globus Mundi, and took the Hogwarts Express over to Hogsmeade in Islands of Adventure where they then went to Jurassic Park: The Ride (which has been closed in Universal Hollywood for some time as it’s being upgraded to a Jurassic World ride), and explored the 1990’s cartoon world of Marvel’s Superhero Island and rode The Amazing Adventures of Spider-man before the storm really got bad.

Watch the video above to see all of our adventure. Sorry, we have been late to post this one, we returned from this trip a couple of weeks ago but had so much other stuff pop up. We should have some more Galaxy’s Edge videos in the coming days.

Thanks to Universal Orlando for inviting us out to cover the Hagrid’s Magical Creatures Motorbike Adventure opening. This video was filmed on the last day of our stay and it should be noted that Universal accommodated our travel and theme park tickets. 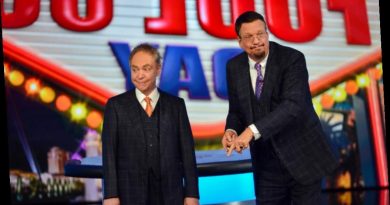 5 Things the Make No Sense About 'Better Call Saul' 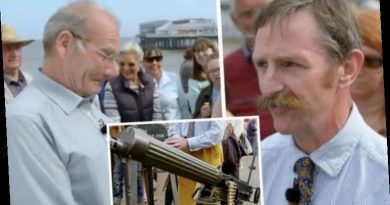