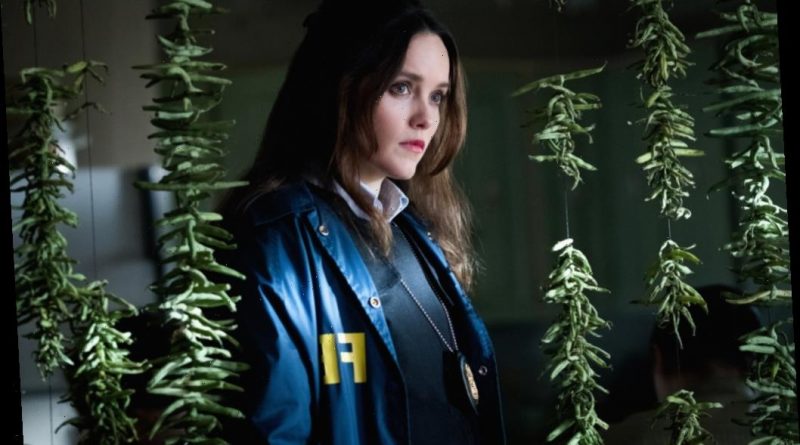 Among the Big 4 and the CW, Young Sheldon was Thursday’s most-watched program and matched ABC’s Celebrity Wheel of Fortune in the adults 18-49 demographic on a night that also saw CBS’ drama rookie Clarice dip a tenth from its debut a week ago but keep its viewership.

Univision was No. 1 in the demo with Premio Lo Nuestro drawing a 0.8 rating and 2.53 million viewers. The annual Latin music featured performances by Selena Gomez and Daddy Yankee and saw Bad Buddy walk away with the most wins (seven). It aired live from Miami and was hosted by Chiquinquirá Delgado, José Ron and Yuri as hosts of the three-hour show.

That provided the lead-in to Clarice (0.4, 4.01M), with the 10 PM thriller series based on Thomas Harris’ novels down a tenth in the demo from its 0.5 start but steady with last’s week’s audience of 4 million in Nielsen’s Live+Same Day fast affiliates. Like last week, it kept 100% of its Unicorn demo lead-in. 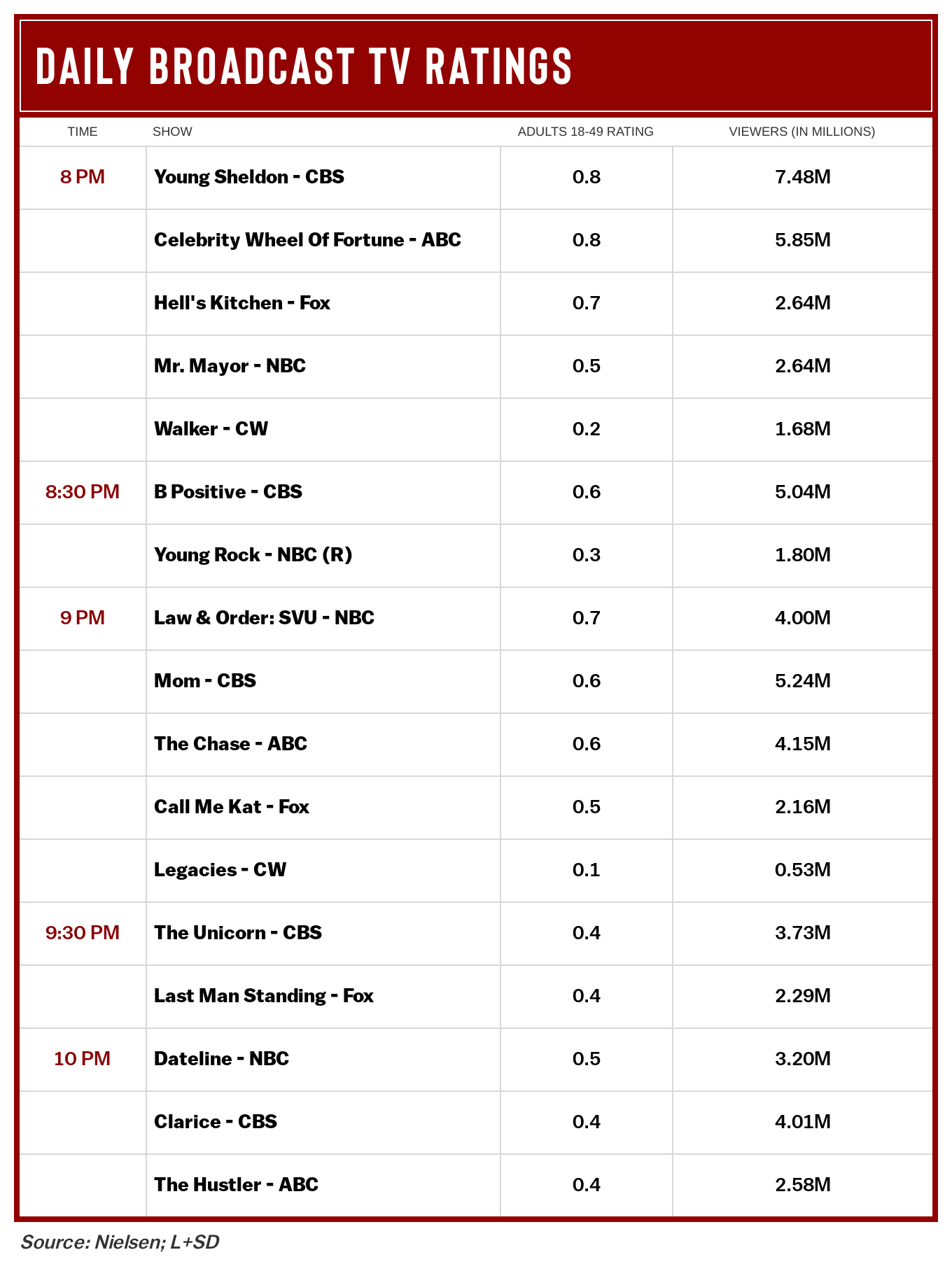 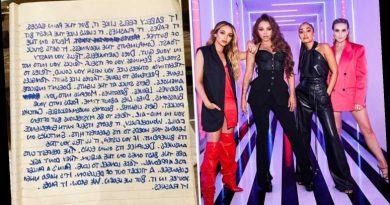 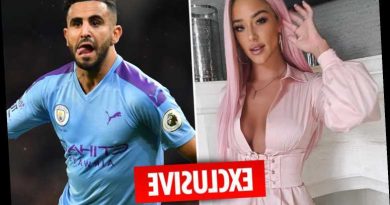 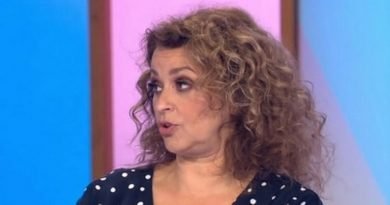