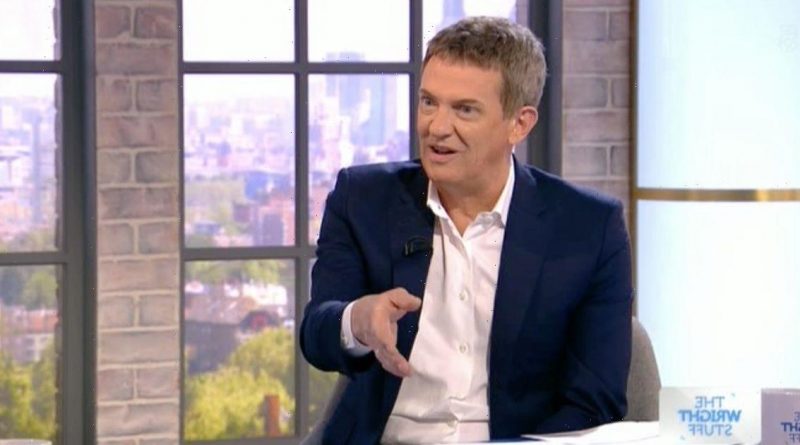 The world of British daytime TV is dominated by popular big hitters like BBC Breakfast and ITV's Good Morning Britain, This Morning and Loose Women.

Channel 5 may now have The Jeremy Vine Show doing its thing every weekday morning, but for almost two decades its live- and very lively – chat show The Wright Stuff ruffled plenty of feathers.

Hosted by cheeky chappy journalist and broadcaster Matthew Wright, the show regularly made headlines and was dogged by scandals before coming to an unceremonious end in 2018.

Daily Star Online takes a look back at some of the controversies, from false allegations to an on-air resignation…

As the first Scottish host of Blue Peter and the co-host of This Morning with Fern Britton, John Leslie was a hugely popular TV presenter with viewers.

In her 2002 autobiography, Ulrika Jonsson claimed she had been raped by a well-known TV personality when she was a 19-year-old secretary in 1988, but did not provide the name of her alleged attacker.

During a newspaper review on The Wright Stuff – live on air – Matthew Wright incorrectly named John as the alleged rapist.

He quickly said that it had been a slip of the tongue and apologised shortly afterwards for wrongly naming the presenter.

John Leslie's TV career immediately imploded and never recovered from Wright's incorrect naming, although he confirmed he would not sue Wright, saying: "I think he just made a really big mistake and unfortunately I was the one paying the price."

The saga was covered in the recent documentary, The Rise & Fall of John Leslie.

The show sparked several viewer complaints over the years. These ranged from the trivial – animal rights group PETA claiming that the show's resident fish Brad and Jen's goldfish ball was too small – to much more serious matters.

In December 2011, Wright joked about the murder of Liam Aitchison, 16, on the Scottish Isle of Lewis. During the show he put on a mock Scottish accent and said "there's been another murder", copying a phrase from detective show Taggart.

He did later apologise, but also said to those organising a complaint to OFCOM that they should "grow up". OFCOM received over 2,200 complaints over the segment, making it the most complained-about TV item of 2011.

The following year, the show was in hot water again after running a segment asking: "According to one survey, what's the most offensive term to describe someone with learning difficulties? a. Mong b. Retard C. Spaz."

The answer, "retard", was subsequently supplied following an ad break. In 2008, a poll by the BBC also concluded that "retard" was the most offensive disability-related word.

The show ran the feature after a comment made by Rupert Murdoch at the Leveson inquiry into press ethics and standards when he described then-prime minister David Cameron's deceased son as "retarded."

Van Day ended his relationship with Sun journalist Sue Moxley after claiming that she was too "obsessed with work". He said that Sue would have to rush off after they had dinner together, due to work deadlines.

"After I've gone out all day, roses, three course meal. And I thought, well, you know, this is too much."

He added: "So Sue, I've had enough. Honestly, I can't do this anymore and I mean this sincerely. I love you but I'm not prepared to put up with this anymore.

"So would I dump you now? Yes I would. You've been dumped, live on air, on TV. Celebrity dumping."

It all came to an end in May 2018, when the popular presenter announced live on the air that he was stepping back from the show.

"There is not a lot to say really, other than the fact – you know better than most – the demands of getting up for a daytime show," he explained to panelist Anne Diamond, who hosted the original version of Good Morning Britain.

"I'm not going to equate it with digging roads, which is hard as well, but the old brain! I'm up at three o'clock in the morning these days. I go to bed at half seven. I've had 18 and a half years of it.

"Mrs Wright, we pass like ships in the night. And you are looking around thinking at some point you have got to have a change."

It was suggested at the time that Matthew was furious after producers asked him to apologise for a comment made by show guest, The Chase star Anne Hegerty, for a comment she made to transgender activist Paris Lees while they were discussing the gender pay gap.

Paris asked her fellow guest: "So you don't think there's an old boys club at the top then?"

The awkward moment was diluted when Matthew leaped in to move the conversation along.

But a friend told The Mirror that he was fuming when asked to apologise on Anne's behalf, saying: "Matthew was steaming and told them, 'Fine, I won't do the show then. I don't see why I have to apologise for one of my guests stating a medical fact. It's the truth.'"

Matthew then missed the following show, before eventually resigning.

However, he was gratified by the response from The Wright Stuff's viewers, saying: "I have to say I had no idea people could be so nice on Twitter because normally you come off the show and it's you're this, you're that and I hope you die a hideous death. Yesterday people were really, really, really nice and I felt quite overwhelmed."

Matthew now has a regular show on Talk Radio and is a guest contributor on This Morning.

If you have been affected by this story, contact Rape Crisis England & Wales for free confidential support and information on 08088029999 or their website or 08088010302 if you're calling from Scotland.

The Rise & Fall of John Leslie is available on My5 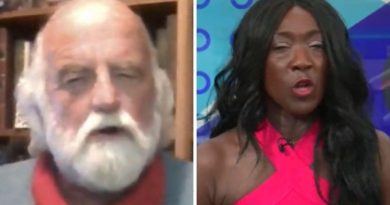 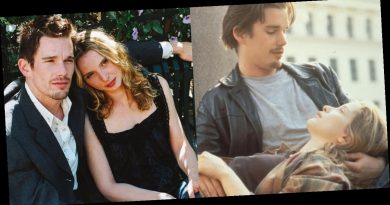 The Quarantine Stream: 'Before Sunrise' and 'Before Sunset' Follow One of the Greatest Cinematic Romances (Before the Inevitable Fall) 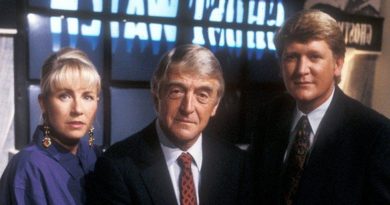