As part of a push for more live event programming, ABC on Sunday night hosted the latest bit of highwire daredevilry by Nik Wallenda, joined by his sister Lijana, who traversed opposite directions along a 1,300 foot-long tightrope raised 25 stories above Times Square.

Adding to the innate tension of the unprecedented proceedings — besides the fact that Nik would need to step over his crouched sister, and swap harness clips, as they met up midway — was the fact that Nik’s troupe had experienced quite a scare two years ago. In February 2017, all eight of them fell from a highwire while practicing a human pyramid act. Lijana suffered the most severe injuries, including breaking nearly all the bones in her face plus a rib, and puncturing her right ear canal. She also has several screws in one of her ankles, requiring her specialized footwear to be modified on that side.

The Times Square stunt marked Lijana’s first such endeavor since that traumatic accident. Nik meanwhile had an unexpected, last-minute stressor when on a recent night his engineering team experienced complications in hoisting up the highwire (which is the width of a wine cork) and its support cables, within a narrow five-hour window permitted by New York City.

Operating in pretty ideal weather conditions (save for a tendency for the wind to kick up a bit at Times Square cross streets), the brother/sister walk went off with nary a hitch. Lijana had a slightly delayed start as she wrestled with her harness and such, but Nik waited in place for her near the midway point, ahead of their tricky crossover. After Nik successfully stepped over Lijana, she took a moment to recalibrate her balance pole before rising to her feet, amid much applause from streetside.

Nik arrived at his destination at 1 Times Square after almost exactly 26 minutes on the wire; he then went to the street to hop a ride to 2 Times Square, a quarter mile down the road. There, he waited for Lijana to complete the stunt, about 10 minutes later. 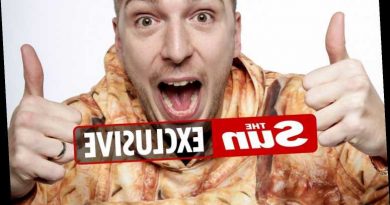 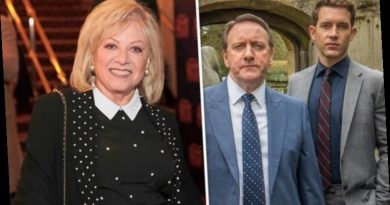 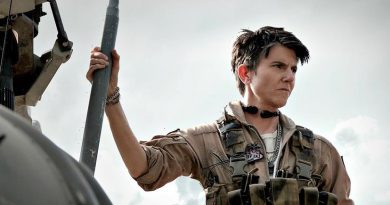