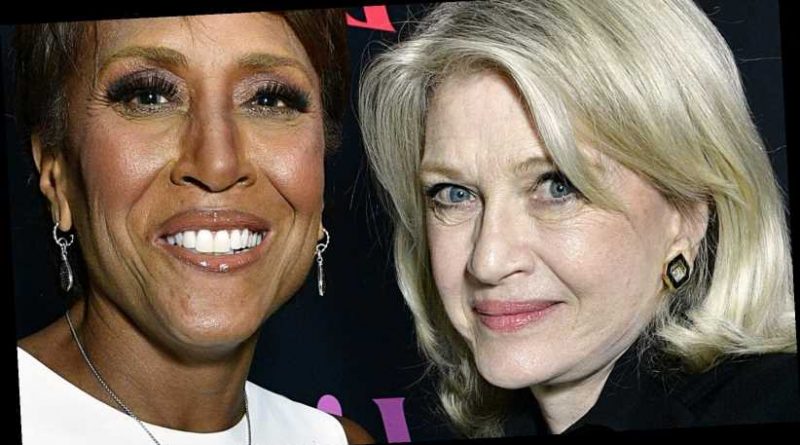 Robin Roberts and Diane Sawyer are two of the most well-known and influential journalists of all time. In 2005, the news-reporting duo made history by hosting ABC’s Good Morning America together, the first time for two women to do so. Though Sawyer would end up leaving the show in 2009 to pursue other opportunities, Roberts has remained as co-anchor through 2021.

It’s always nerve-wracking to start a new job, but Roberts was especially nervous joining a show as big as GMA in 2005. Before landing the gig on the hit morning show, Roberts worked as a sportscaster on ESPN for 15 years, making her feel even more anxious to step out of the world of sports. Sawyer, on the other hand, got her start at CBS, and ultimately joined GMA as co-anchor in 1999, per Britannica.

Despite any fears that Roberts and Sawyer had about becoming co-anchors, they soon melted away and it became obvious how much on-screen chemistry the duo shared. As it turns out, the chemistry translated off-screen as well, and their time together on GMA helped solidify a life-long friendship. In an interview with Adweek, both Roberts and Sawyer opened up about their first experiences on set — keep reading to learn more details about their instant connection and friendship.

Robin Roberts and Diane Sawyer immediately hit it off on GMA

Though Diane Sawyer left Good Morning America in 2009, the four years she spent as co-anchor alongside Robin Roberts solidified a friendship between the two. In 2019, the former co-anchors joined forces once again for an interview with Adweek for “The 30 Most Impactful Newsers of the Past 15 Years.” In their joint interview, both women traveled back to 2005 and their time working together.

“I’d been on for a while with Charlie [Gibson]. Robin shows up, and I just remember all the lights in the room being brighter,” Sawyer recalled of her first time working with Roberts. “There was sun where there wasn’t sun.” As it turns out, Roberts felt the same way about Sawyer — though she was also a little intimidated. “I was a little insecure coming from the sports world to, I mean, Diane Sawyer!” she explained. Despite any jitters about joining GMA, Roberts also noted that the team — and especially Sawyer — “never once … made [her] feel like [she] didn’t belong.”

Diane Sawyer and Robin Roberts clearly had on-screen chemistry, but many fans wondered if it was just for the show. As it turns out, the two media powerhouses were just as fond of one another outside of Good Morning America as they were on it, and they share more details about it in an interview with Adweek.

When the interviewer asks what about their chemistry worked so well on GMA, Roberts said that she and Sawyer were “mirror images of each other” and shared a sweet moment about her family. “After Hurricane Katrina, my sister was living with my mother for a time, and my sister said, ‘Do you know that Diane calls and talks to and checks in on Mom?'” Roberts revealed. “I was like, ‘What?!!?’ And Diane never told me that.”

Though their time as co-anchors together came to an end in 2009, their four-year run was a memorable run for both Sawyer and Roberts and fans of the show. “We saw the world and what we wanted to cover in a lot of the same ways,” Sawyer said of their undeniable chemistry.

Diane Sawyer has supported Robin Roberts through her cancer diagnosis

While many people know Robin Roberts and Diane Sawyer for their careers, the two women have also experienced plenty of personal tribulations over the years. Most notably, Roberts received a breast cancer diagnosis in 2007, and five years later, she discovered that she had a rare blood disorder, myelodysplastic syndrome (MDS), via Cure Today.

In 2013, Roberts sat down with Sawyer for an interview on ABC News, and the two reflect on Roberts’ diagnosis and how she has handled it with optimism. At the beginning of the interview, Sawyer fumbles with attaching her microphone to her shirt, joking about how much time Roberts has spent watching her struggle with the microphone during their years as co-anchors. “Thelma and Louise ride again!” Roberts quips, making a fun comparison of the iconic film to her relationship with Sawyer.

On a more serious note, the friends reflect on how Roberts has gracefully handled her diagnoses. “What do you see when you look in your eyes — your own eyes — now in the morning?” Sawyer asks her friend. “I see a strong woman,” Roberts responds, adding that while she knows other people have also seen her as a strong woman, “we all know our own insecurities and we all know how we really feel about ourselves.”

“I feel strength like I have never felt before,” Roberts continues as Sawyer wholeheartedly listens and agrees, proving a life-long and mutually respectful relationship. 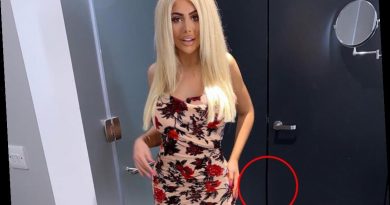 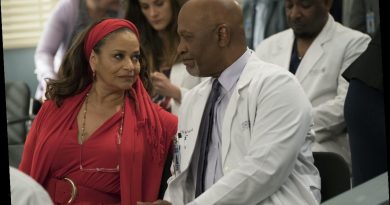 'Grey's Anatomy': Debbie Allen Teases That Richard and Catherine Are Still at Odds This Season (Exclusive)