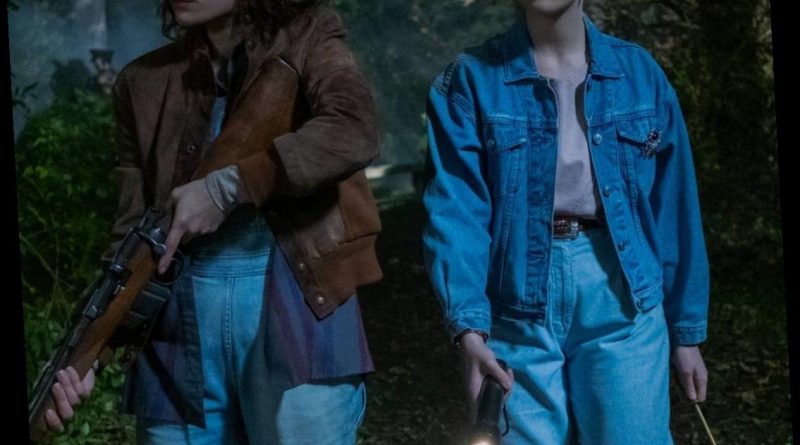 There's a quote shared about four minutes into The Haunting of Bly Manor that perfectly captures its thematic arc—and the reason it's a show worth binging ASAP.

Speaking to a soon-to-be married young couple, an Englishman warmly says, "Here's a horrifying statistic. Did you know that almost half of marriages these days do not end up in divorce? That means there's a strong probability that you two get to watch each other die. And that's the preferred outcome. To truly love another person is to accept that the work of loving them is worth the pain of losing them. And that's it. That's all."

It's a dark yet beautiful sentiment, and one that I most certainly failed to pay attention to as I washed dishes and folded laundry during my first watch of Bly Manor. (Yes, I loved the series so much it warranted a re-watch). From the looks of the series' trailer—Mike Flanagan's follow-up to The Haunting of Hill House—I expected the second installment of this spine-tingling anthology to focus only on the scares.

Faceless ghosts that'll haunt you in your sleep? Check. Hidden ghouls that you might not immediately catch? Check. Creepy children that'll make you question having your own? Check, check, check. But Bly Manor is a standout work of horror, in my opinion, because it offers something we could absolutely use more of: a perfectly splendid queer love story.

Without spoiling exactly how the events in Bly Manor unravel (and there are mild spoilers ahead), know this: Inspired by the 1898 Henry James novella The Turn of the Screw, Bly Manor delightfully follows an American au pair who's hired to look after two kids (Amelie Bea Smith and Benjamin Evan Ainsworth) in the English countryside during the late 1980s.

Watch the First 2 Minutes of the Bachelorette Premiere

Soon, Victoria Pedretti's Dani Clayton becomes unnerved by her past as she worries for the children's safety and the state of her own mental health (is she imagining all that quietly frightens her?). Along the way, she's united with new friends and foes who may or may not be alive.

And while Hill House's Oliver Jackson-Cohen, Henry Thomas, Carla Gugino, Catherine Parker and Kate Siegel make splashy returns, fan favorites already include actors new to the franchise, like T'Nia Miller, who brilliantly plays Mrs. Grose. For viewers too afraid to give this scary series a shot, trust me, the payoff is there. Plus, I promise it's not nearly as jump-off-the-couch terrifying as Hill House.

But back to that queer love story.

Just several episodes into Bly Manor, it becomes apparent that Pedretti's Dani and Amelia Eve's Jamie, a gardener at Bly, are absolutely in love—and they eventually develop a bond unbreakable by anything other-worldly. The fate of their relationship is explored in the ninth and final episode, a gut-wrenching tear-jerker that left me reeling in bed, reaching for a tissue and frantically texting my loved ones with, "OMG, please watch Bly Manor."

Why? Well, Dani and Jamie's lesbian love story joyfully caught me off guard because it's unfortunately just so rare to see romance between two women depicted on camera—even in 2020. Immediately after watching, I thought of my lesbian sister and her wife, who share two children. As a gay man, it's liberating to watch a fun, at-times silly show and then discover a very-queer plot twist ripe for discussion in your family group text. It opens the door for my sister and I to bond over something, anything queer in pop culture. A feeling that is few and far between.

Hollywood needs to normalize saying yes to LGBTQ+ storylines more frequently, until they're considered ordinary, a romance that doesn't cause pause or celebration because viewers are so used to seeing them.

At a time when the rights of LGBTQ+ Americans continue to become endangered, it's incredibly powerful for a show on Netflix, accessible to millions of viewers across the globe, to spotlight the complexities of queer love at the center of an incredibly beloved ghost franchise.

Though it sounds cliche, representation does matter. Yes, shows such as Pose, Schitt's Creek, Elite and The L Word: Generation Q help advance conversations about acceptance. However, only 90 of 879 regular characters on broadcast scripted primetime TV were LGBTQ+ in 2019, according to GLAAD. Allow us to do the math for you: That's a startling 10.2 percent. Across streaming services like Hulu, Amazon and Netflix, there were a total of 153 LGBTQ+ characters. Certainly not nothing, but still far from an even split compared to cisgender heterosexual characters on screen.

I want to so desperately unpack the significance of Dani and Jamie's fate, though it's nearly impossible to do so without giving the entire wrapped-in-a-bow ending away. But I will say this: Bly Manor hits the nail on the head of what it's like to be LGBTQ+ behind closed doors, of what it's like for two same-sex partners in 1987—at the height of the global HIV/AIDS epidemic—to passionately profess their love for each other when getting married legally wasn't an option. For that, the writers of Bly Manor deserve a seriously loud round of applause.

"I really enjoyed getting to explore their relationship," Pedretti told E! News of taking on this role, "and just getting to embody the courage that it takes to live authentically, especially in that time period."

For Eve, the yin and yang of Dani and Jamie's connection was what mattered the most. "They meant so much to one another," she said. "The two of them as individuals were missing something in themselves and I think they managed to almost find completeness within themselves by being with each other. They complement one another so well." 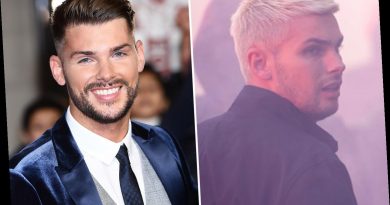 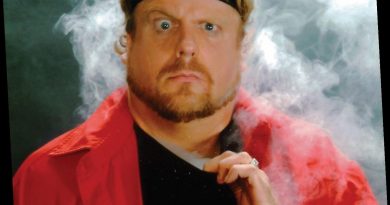 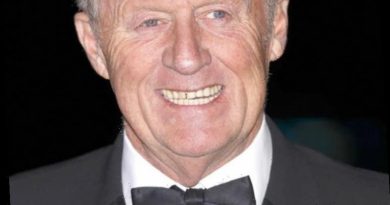 Who Wants To Be A Millionaire: Why did Chris Tarrant leave?