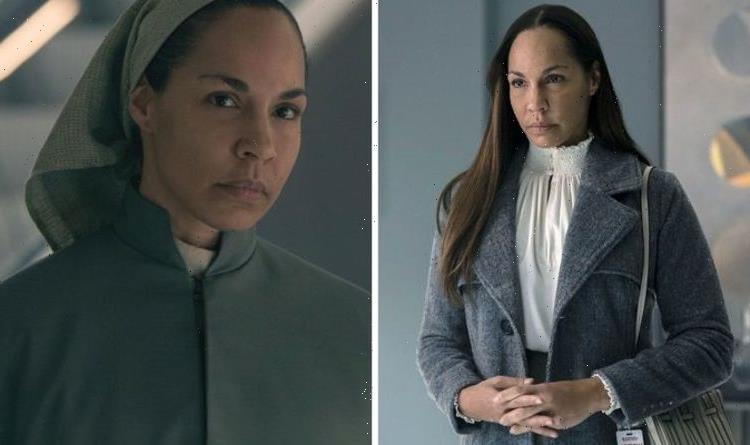 After ending on a jaw-dropping cliffhanger, fans of the Hulu dystopian series are eagerly awaiting the release of season five. While viewers aren’t sure what to expect from the instalment, The Handmaid’s Tale actress hinted Rita Blue (played by Amanda Brugel) could end up raising Serena Joy’s (Yvonne Strahovski) baby.

In season four, viewers let out a huge sigh of relief when June Osborne (Elisabeth Moss) finally escaped Gilead and became a free woman in Canada.

Having also previously escaped, Rita who had worked with June in the Waterford household was struggling to adjust to freedom.

Ahead of season five, actress Amanda spoke to Digital Spy and revealed her predictions for the upcoming instalment.

She shared: “My suspicion is that June will go on the run, or June will have to go into hiding. I think there’ll be a target on her back.

Amanda added: “And I think that those of us in Canada will have to try to pick up the pieces”

Speaking on her own character’s potential fate, the actress shared: “I also have a suspicion that my relationship – my ongoing relationship with Serena Joy – while complicated, will probably deepen.

“Because she is pregnant, and because Rita, she does care about Serena Joy, and the fact that there’s a child there.

“Especially for my character, her only real purpose in Gilead was to raise children,” Amanda added.

As a Martha, Rita’s role in Gilead was to serve as a domestic worker for Serena Joy and Fred Waterford.

As well as being a cook and a housekeeper, Rita would’ve also been required to raise children the infertile couple would have through their Handmaid.

Although season four saw Rita finally gain freedom, she struggled to adjust and it was further complicated after she visited Serena and Fred while they were in custody.

During the episode titled Milk, she learned Serena was pregnant and while displaying happiness and acknowledging the miracle, Rita was asked personally by Serena, to help raise the baby.

With Rita being a key witness in June’s case against the Waterford’s, Fred later tried to manipulate her by calling her a friend and saying he was “never cruel” to her.

She denied any friendship and corroborated June’s claims by saying she was also seen as property in Gilead.

Despite this, there is the potential Rita may accept to raise Serena’s baby especially now Fred is dead.

Amanda explained: “Now that she’s fleeing Canada, it still doesn’t take away from her instinct and impulse to raise a child, and take care of something, because she lost her son, as we know.”

The actress went on to share she had no idea of what season five could entail as the cast only receive the scripts two weeks before filming.

With Rita wanting a fresh start, there is a possibility for her to adopt Serena’s child before moving away.

It’s also yet to be seen if Serena will be sent to prison for her role in the crimes made in Gilead, as fans have additionally watched her make future plans which hint at her freedom.

The Handmaid’s Tale season five is expected to premiere in 2022. 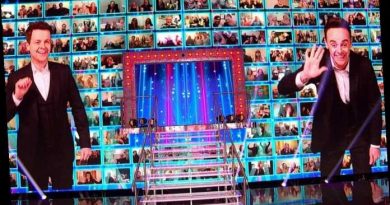 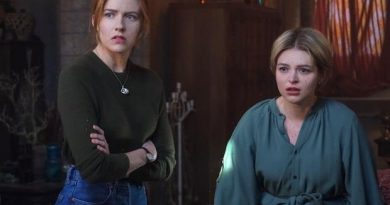 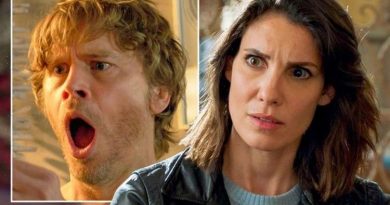