Home » The Handmaids Tale: Nick Blaine star speaks out on struggling for oxygen on set

The Handmaid’s Tale ended in June with a shocking cliffhanger, the dystopian show followed June Osborne’s (played by Elisabeth Moss) journey as she tried to escape the patriarchal state. There she had very few comforts and one included her forbidden lover Nick Blaine (Max Minghella), however, some interesting revelations have been revealed about his time on the set of the Hulu show.

Nick was introduced to fans in season one as a Guardian and Commander Fred Waterford’s (Joseph Fiennes) driver.

There he met June who had been assigned as a Handmaid at the Waterford residence.

The two soon began their affair after he brought her some ice after she had been punished by evil disciplinarian Aunt Lydia (Ann Dowd).

Nick confessed his admiration for her when felt responsible for June’s injuries when wished he had driven her away instead.

One of June’s main duties as a Handmaid was to engage in a monthly ritual called Ceremony.

As Fred’s wife Serena Joy Waterford (Yvonne Strahovski) was barren, June was forced to conceive for her and she would hold the Handmaid down and her husband raped her.

However, after many attempts to get pregnant proved unsuccessful, Serena was convinced Fred was also infertile and devised a secret plan for June to get pregnant by Nick.

June eventually got pregnant and while trying to escape Gilead she gave birth to their baby Nichole alone in season two.

On multiple occasions, Nick expressed her love for her and often tried to keep her away from trouble whenever she faced punishment for rebelling against the state.

Her third attempt to escape Gilead was encouraged and assisted by Nick who used his connections to the Resistance group to devise a plan.

Unfortunately, this attempt was unsuccessful and she was sent back, however by season four June finally became a free woman in Canada.

While she reunited with her family, she was able to give witness testimony at a trial after Fred and Serena were arrested.

In the episode titled Progress, June and Nick had an emotional reunion at a secluded location, where she also brought baby Nichole, who also escaped.

There Nick was able to provide her with documents which would free her daughter Hannah (Jordana Blake) who was also housed in Gilead.

This scene was filmed in heavy Canadian snow and the star made an interesting revelation about the difficulty of being on set.

Speaking to Harpers Bazar, actor Max said: “Episode 9, as you can probably tell, I was extremely cold!

He confessed: “That certainly influenced a lot of my performance, I can see myself just sort of struggling for oxygen in most of those takes.

“But it was wonderful to do, and it’s really lovely to play these moments of peace and quiet and kindness and romance in a show that is often incredibly upsetting, so I really enjoy shooting those scenes,” he explained.

Max added: “I can’t speak for Lizzie (Elisabeth Moss), but I think she enjoys doing them, too, because it’s cathartic for us as actors.”

Thankfully for fans season five has been confirmed and hopefully, the two will have more scenes together, however, this could prove difficult as June is technically a married woman who is having an affair. 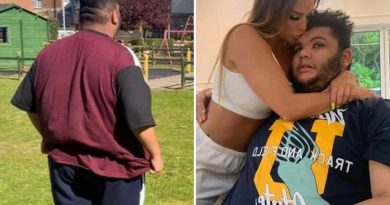 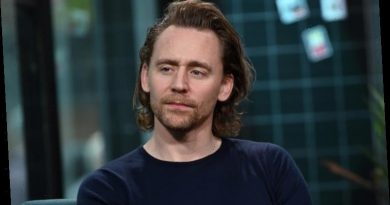 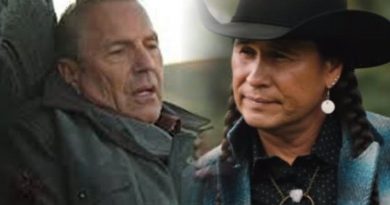