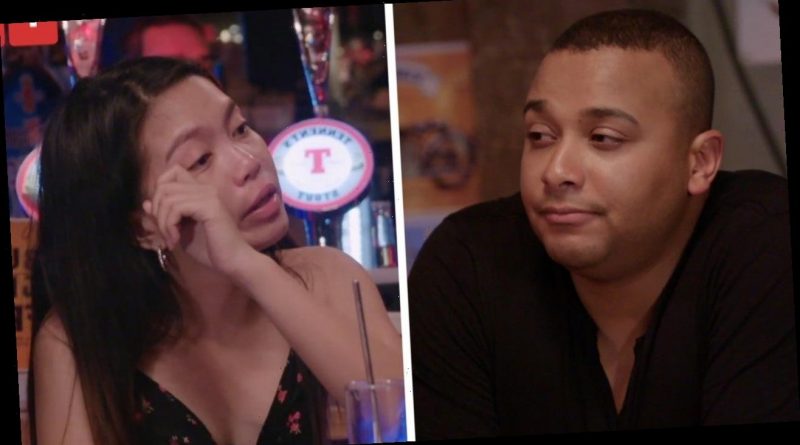 90 Day Fiancé star Chantel’s older brother, Royal, and his wife, Angenette, are airing out their sensitive personal issues in front of his family and her friends. In this exclusive clip from Monday’s The Family Chantel, the usually reserved Angenette tearfully confronts Royal about him accusing her of cheating on him.

Season 2 of The Family Chantel has introduced viewers to Royal and his wife, who comes from the Philippines. The couple met online and they quickly married at a courthouse, but Chantel has doubted Angenette’s intentions since meeting her. On a later episode, Angenette revealed to producers that she previously had a miscarriage and one reason Royal might not trust her is because when they went to the hospital, they found out she was approximately two weeks pregnant, and he wondered if she hooked up with another guy in the Philippines before she moved to America to be with him.

In this exclusive clip, Royal tells cameras he was caught off guard when Angenette’s friends decide to bring up the couple’s personal issues to discuss out in the open at a bar in the Philippines, where Royal and his family are visiting. His younger siblings — Chantel, River and Winter — as well as Chantel’s husband, Pedro, are also present during the tense meeting.

Angenette tearfully asks him, “Why don’t you trust me? Why did you say that I hook up with another guy when I was here and then I got pregnant in the United States? Now you’re sweating a lot because I’m asking you that question right now.”

When Royal denies he accused her of cheating, she passionately calls him a liar. However, Royal responds with zero emotion.

“I really … I don’t know what to say right now, Angenette,” he says.

But Angenette doesn’t back down, insisting that he did accuse her.

“You don’t know how it feels to lose a child,” she adds. “Why you not talking, Royal? You look like an idiot in there sitting, and not talking.”

Not surprisingly, Royal’s family takes his side. Pedro tells cameras that Angenette tried to “destroy him,” and Chantel claims that Royal had actually been trying to talk to Angenette about this particular issue for months in private but she didn’t want to because she was scared of conflict.

“They’re so used to not talking in the house,” she says. “I mean, what? You’re gonna have conflict in every relationship. If you’re scared of them, don’t be with them.”

The Family Chantel airs Mondays at 9 p.m. ET on TLC. ET spoke with Pedro and Chantel ahead of the season 2 premiere of their hit 90 Day Fiancé spinoff, and they talked about what’s to come. Watch the video below for more.

‘The Family Chantel': Chantel and Pedro on What Fans Can Expect From Season 2 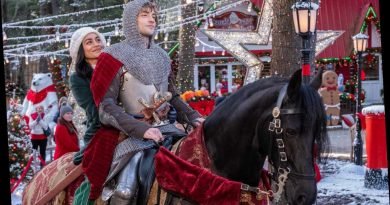 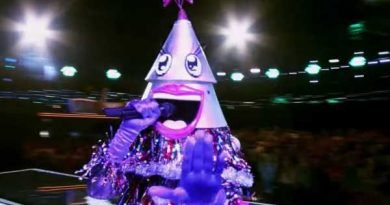 The most awkward love scenes in Netflix Originals