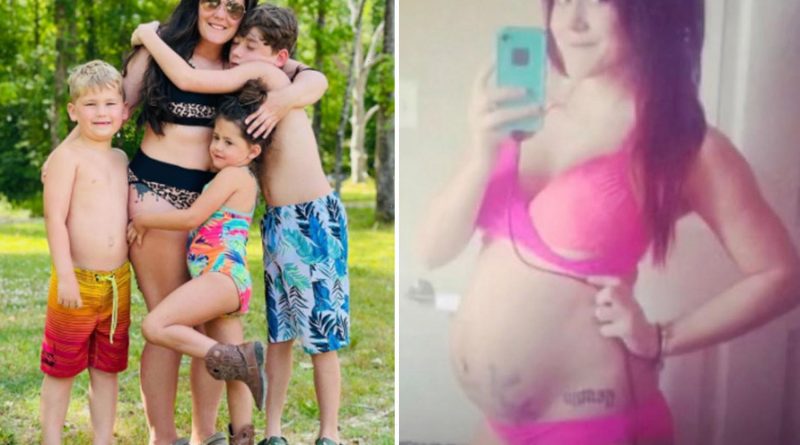 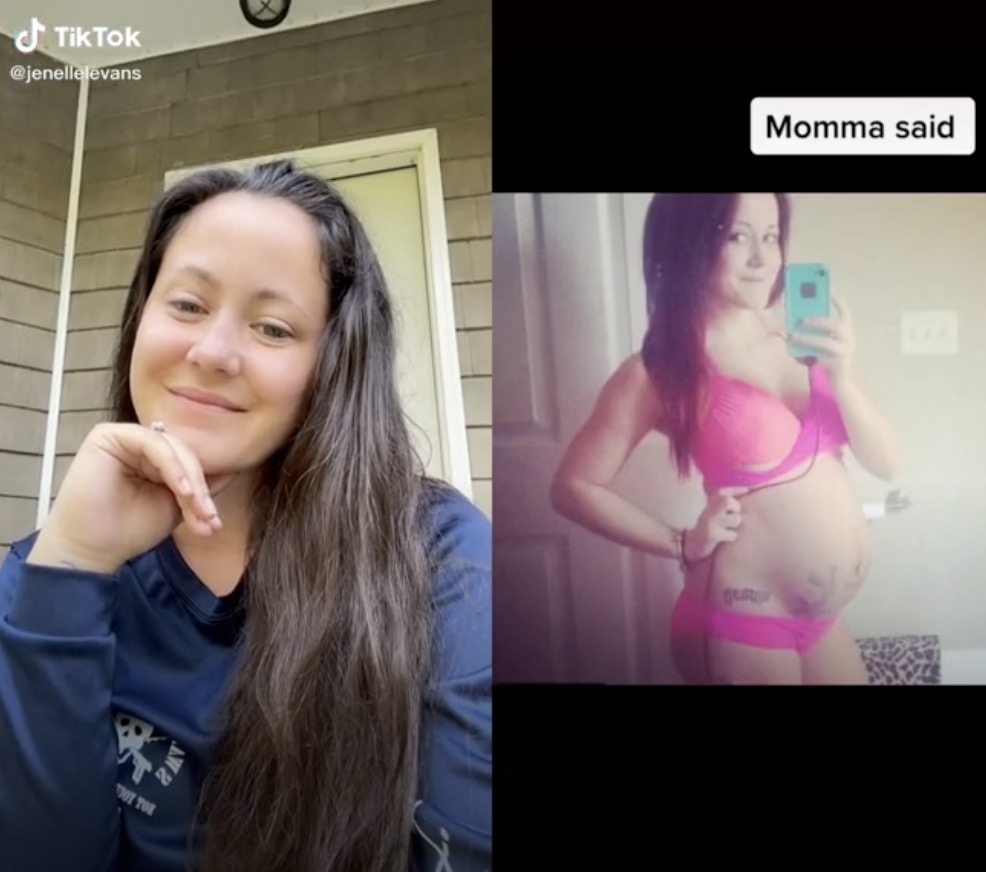 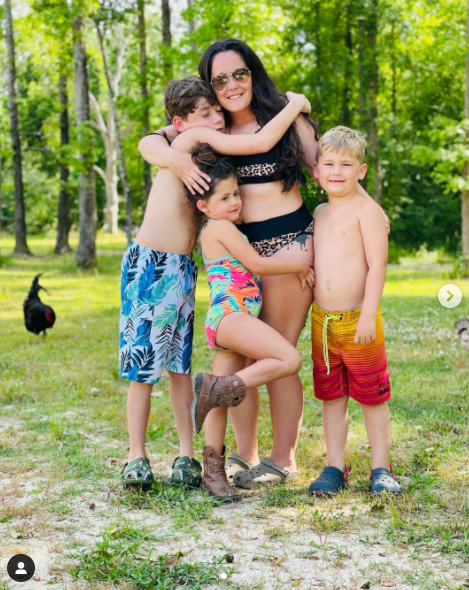 Jenelle took to TikTok on Tuesday to reflect on being a teen mother.

Alongside a recent video of herself, photos appeared onscreen that documented her first pregnancy when she was just a teenager.

Text onscreen read: “Why do you flaunt your teen pregnancy?”

The Teen Mom 2 alum smiled as she looked at past photos of her pregnancy, which included close-up snaps of her baby bump, mirror selfies and a photo of her in the hospital after she gave birth.

One memorable photo featured in the video was a mirror selfie of Jenelle posing in pink lingerie, which was followed by a photo of her smiling with her three of her children.

The clip- which was set along to Lukas Graham’s Mama Said- concluded with a photo of Jenelle posing on the red carpet at an awards show.

The fired MTV star answered the question posed onscreen in the caption, writing: “Because that’s your little pride of joy! ❤️👶🏼”

The caption concluded with the hashtags #TeenPregnancy , #TeenMom  and #Pregnancy.

Jenelle rose to fame while appearing on MTV’s 16 & Pregnant.

At the time, she was expecting her first son with high school boyfriend Andrew Lewis.

The episode followed Jenelle’s crazy partying lifestyle before she welcomed her firstborn, Jace, on August 2, 2009.

Shortly after giving birth, the young mother returned to her wild ways and left her mother, Barbara, responsible to raise Jace.

Jenelle broke up with Andrew after he was arrested, while fans watched her raise her son as a single mother on Teen Mom 2.

Jenelle gave birth to her four-year-old daughter Ensley in 2017, who she shares with husband David Eason.

The controversial pair were later fired from the show after David, 33, killed their family's dog.

While Jenelle has no shame of being a teen mom, she's been vocal about not wanting any more kids.

Back in July, she shut down pregnancy rumors in a TikTok video by showing off her curves in a bikini.

The Teen Mom 2 alum appeared in a pink bikini as a question from a fan read onscreen: “Are you having another baby?”

Jenelle responded: “If I was pregnant, would I be able to do this?”

She then directed the camera down her body as she grabbed her bare stomach and aggressively shook it.

The MTV star continued to shut down speculation as she captioned the post: “I have my tubes tied, it’s just fat 🤷🏻‍♀️🙃.” 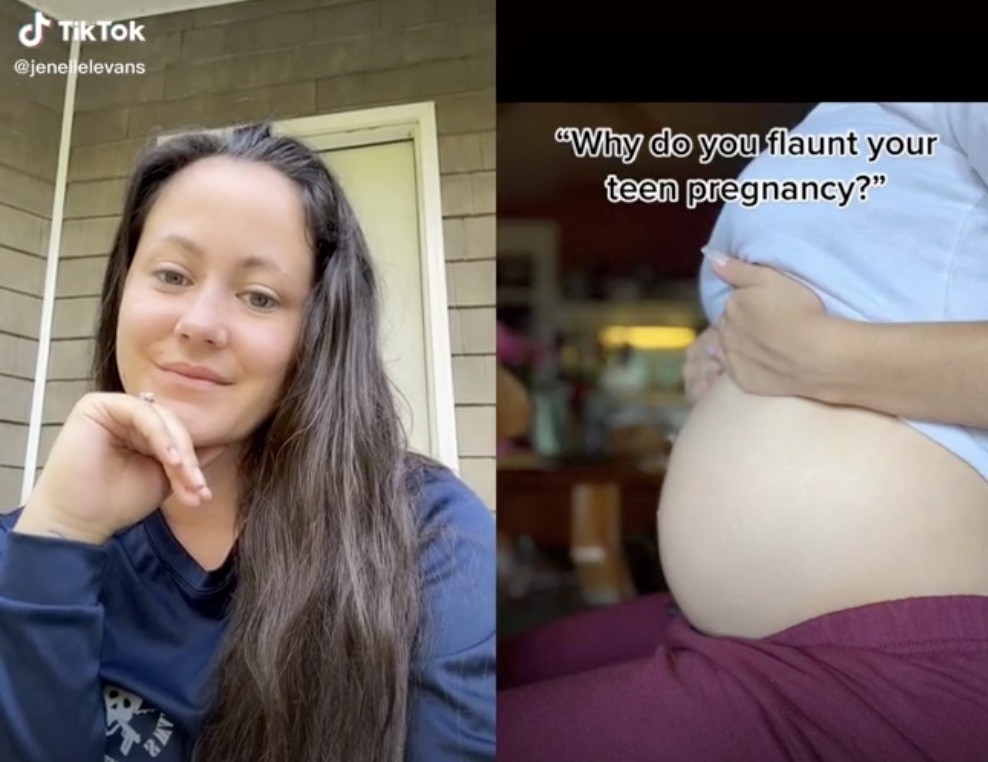 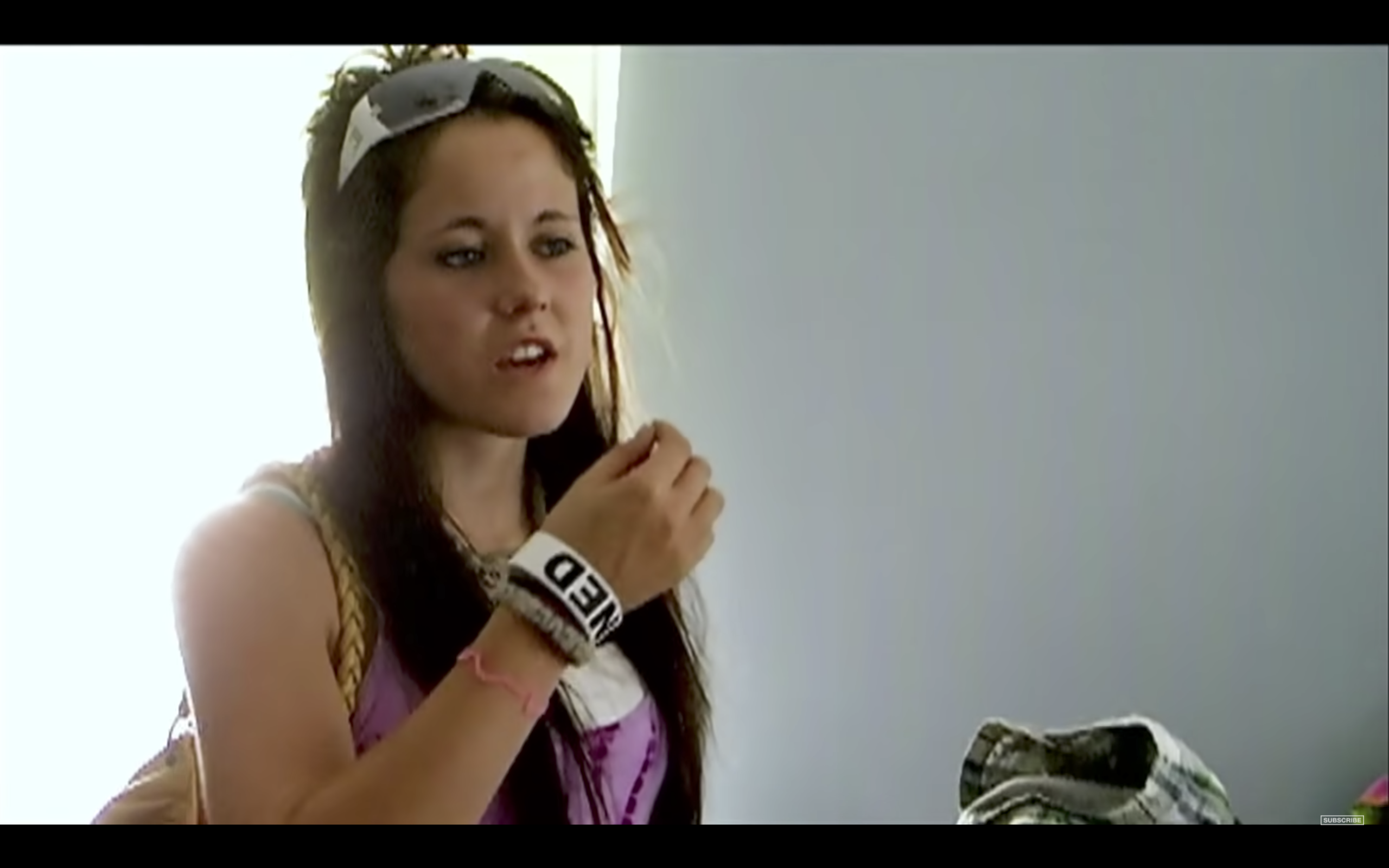 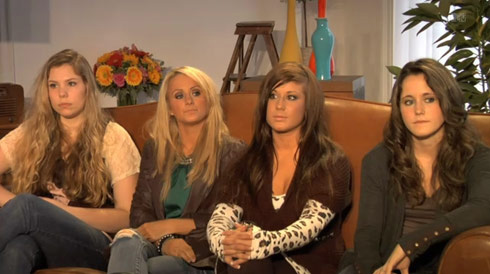 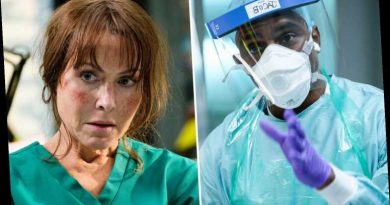 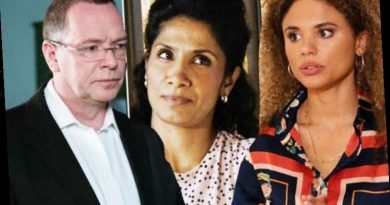 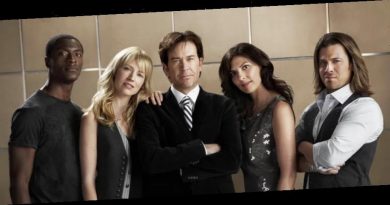