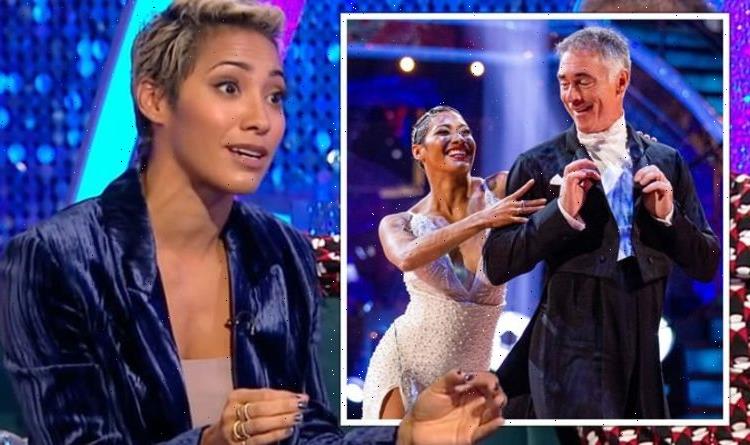 Last week saw former EastEnders star Nina Wadia and partner Neil Jones eliminated from the BBC dancing competition after facing Katie McGlynn in the dance-off. Strictly Come Dancing returns with the celebrities battling it out to keep themselves safe from facing the dreaded dance-off by performing in Movie Week. Greg Wise, partnered with Karen Hauer, chose a disco performance last week, which he dedicated to his late sister and received mixed feedback from the judges, landing a score of 23 out of 40. Unfortunately, the actor has now been tipped as being the second contestant to exit the BBC One show.

After his dedication to his sister and facing some backlash from judge Craig Revel Horwood, Greg could endure more disappointment as he could face elimination.

The odds don’t seem to be in his favour with betting company Ladbrokes placing him most likely to be leaving the show next.

He is the 2/1 “favourite” to be eliminated this week, alongside Rugby star Ugo Monye behind him at 3/1.

Greg’s scores from week one and week two placed him 10th on the leader board with a combined score of 47 out of 80.

READ MORE: The Larkins cast: Who is in the Darling Buds of May drama?

Jessica O’Reilly of Ladbrokes said: “Greg’s days on Strictly look numbered as far as the betting is concerned.

“Equally, it wouldn’t come as a huge surprise to some punters to see a shock exit for former favourite Tom Fletcher.”

Greg suffered some tough comments from Craig last week, with his comments facing backlash with the viewers on Twitter.

Before their dance, he explained: “Family is fantastically important to me, I feel very fortunate that we‘ve moulded, Emma (Thompson) and I, a family over the years.

“It’s one of the hardest things when you are with someone you love witnessing their pain and their fear and to work out what you are able to do to mitigate that,” he said.

After dancing, Craig gave his comments on Greg’s performance by brutally saying: “For me, it lacked any internal rhythm.

“It was too placed very sort of cardboard cut-out, I’m afraid, however, that being said, the story at the beginning with all the Legato section was absolutely gorgeous and emotional, and the lifts were fantastic.”

Former rugby player Ugo is most likely the next to depart, while Katie McGlynn (4/1) and Sara Davies (4/1) are also in contention for the boot.

According to Ladbrokes, AJ Odudu is the favourite to win this year’s competition with odds of 5/2.

Following close behind is EastEnders star Rose Ayling-Ellis at 3/1 and former Bake Off star John Whaite also with 3/1 odds of winning the competition.

Despite not being able to dance in week two of the competition, Tom Fletcher and partner Amy Dowden are 16/1 favourites to win the show.

After week one of the show, the pair had to isolate after they contracted coronavirus.

However, this week, Amy took to her Instagram to confirm the pair were out of isolation and would return for Movie Week.

Alongside a selfie of the duo during their training sessions, Amy wrote: “I can’t tell you how happy and grateful team #mcflowden was to be back in the training room today!

“We smiled all day even when our legs were exhausted from all those jive kicks! Super proud of @tomfletcher and can’t wait to be back on the dance floor Saturday night!”

On Saturday night, fans will see the contestants take on movie night and will see the likes of James Bond and Moana light up the ballroom. 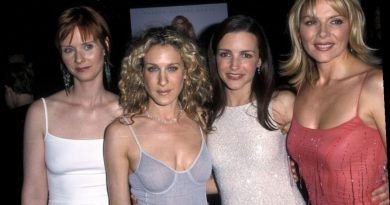 HBO Max's 'Sex and the City' Revival Will Include COVID-19 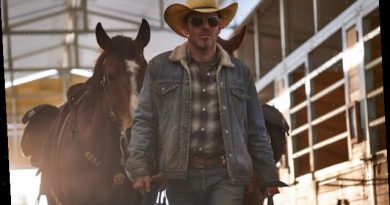 Stephen Dorff Drama 'Deputy' Canceled After One Season at Fox 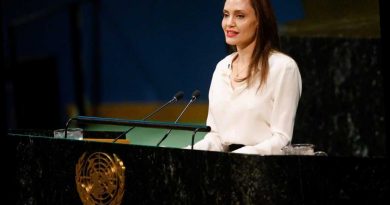