The surely wide slice of the Venn diagram including fans of Stephen Sondheim, Jonathan Larson, and Lin-Manuel Miranda — I mean, really, what musical theater fan doesn’t worship these three? — were treated to quite the cameo moment in the new Netflix film “Tick Tick Boom.” Directed by Miranda in his filmmaking debut, the film is based on Larson’s posthumous musical (starring Andrew Garfield as the “Rent” composer himself), and chronicles his struggles to break into Broadway (and not sell out) at the age of 30.

In the movie, when Larson presents his musical “Superbia” to an audience of peers and producers, he’s stunned to see Stephen Sondheim (played by Bradley Whitford) sneaking into the back of the audience. Later in the movie, Garfield’s Larson receives a voicemail from Sondheim encouraging his writing career — and the audio was spoken by none other than the late, great composer (who died Friday at the age of 91).

In a recent interview with The New Yorker, Lin-Manuel Miranda revealed that Sondheim actually rewrote his spoken dialogue (however brief) for the film because he felt that what was written didn’t exactly sound like him.

“When I screened the movie for Sondheim, he emailed me and said, ‘You treated me very gently and royally, for which I am grateful,’” Miranda said. “But he said, ‘One thing: The last voicemail message to Jon, it sounds a little cliché. ‘I have a feeling you’re going to have a very bright future.’ I would never say that. Can I please rewrite what Sondheim says in the voicemail? I’ll record it if you can’t get the actor back.’”

At that point, Sondheim ended up recording his own version. “I’m not turning down a Sondheim rewrite!” Miranda said.

In the scene, Sondheim ends up telling Larson, “It’s first-rate work and has a future, and so do you. I’ll call you later with some thoughts, if that’s OK. Meanwhile, be proud.”

Sondheim’s death shocked many on Friday, with the stage and screen communities offering heartfelt words following his passing. In his lifetime, Sondheim won eight Tony Awards, the most won for any composer in the awards’ history. 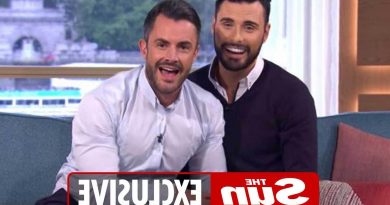 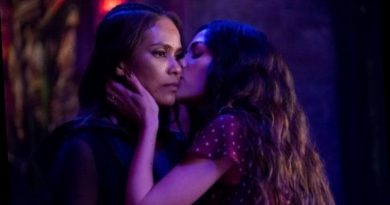 Lucifer season 5, part 2: When will Eve return in Lucifer? 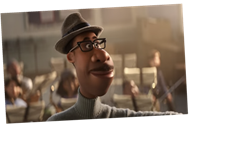 ‘Soul’ Aims for Oscar Glory as Disney Shifts to Streaming, but Not All Films Deserve the Same Release