International superstar Dwayne Johnson started his career as a professional wrestler in the World Wrestling Federation (now called WWE). But now the man formerly known as “The Rock” will be stepping into a different fighting arena for Smashing Machine, a new biopic that will see the wrestler playing two-time UFC champion Mark Kerr.

Dwayne Johnson announced the new project (via Deadline) at Madison Square Garden on Friday during the weigh-in for this weekend’s big UFC fight, Jorge Masvidal vs. Nate Diaz. As of now, only Johnson is attached as producer along with Dany & Hiram Garcia from the trio’s Seve Bucks Productions banner. Beau Flynn is also on board as a producer with his Flynn Picture Co. But as of now, no studio is attached for distribution.

While announcing the project, Johnson said (via MMAFighting.com):

“Mark Kerr’s story is such an incredible story. Here’s a guy who won the two-time heavyweight tournament in the early stages of UFC, and here’s a guy who also went over to PRIDE, (and) he had this incredible run, as many of these warriors have. And I wanted to shine a spotlight on this man.”

Kerr, also known as “The Specimen” and “The Titan,” became a fighting champion when UFC was still a rising sport. He won the World Vale Tudo Championship tournament , a too home two heavyweight UFC titles, and was a PRIDE FC competitor. His career and success was chronicled in the 2003 HBO documentary, also titled Smashing Machine, as was his addiction to painkillers. Here’s the trailer for the movie:

Kerr himself will consult on the project, but that doesn’t mean it will be this picture perfect portrayal of success as a fighter. Johnson wants to focus on both his impressive fighting career along with the struggles that come with it, saying:

“I think what’s interesting about Mark Kerr’s story is, yes, he achieved so much in his life, (and) he was a ‘Smashing Machine,’ undefeated for a long time. But also like all of us and like a lot of these fighters, he battled these demons. These demons of addiction, these demons of mental health, these demons of getting out and the pressure of fighting in front of 20, 30, 40, 50,000 people and what that does to somebody.”

It’s not clear when this project will get off the ground, but with Johnson involved, it’s bound to get a lot of attention from both UFC and wrestling fans. Stay tuned for more. 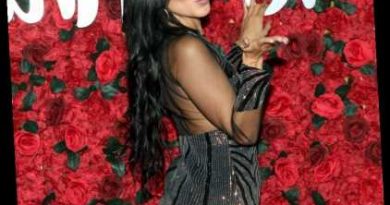 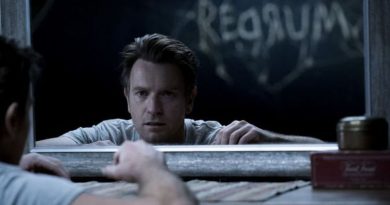 Doctor Sleep trailer: What does trailer reveal about The Shining sequel?