On Tuesday’s "Real Housewives of Beverly Hills," Kyle Richards, Erika Jayne, Dorit Kemsley, Lisa Rinna and Teddi Mellencamp picked up the pieces of their wild French vacation and headed home. And yes, before we get to the new drama, Teddi and Kyle both apologized to Erika, and all was well.

Back in Beverly Hills, Dorit invited the ladies — including wildfire survivors Denise Richards and Camille Grammer, who had to miss out on France — to the reveal of her Beverly Beach by Dorit storefront opening at Kitson. Most of them were impressed.

"Genius!" Rinna shouted among the influx of compliments. "Genius?" Camille scoffed to the camera, "Her reveal was a garbage bag."

After the oo-ing and ahh-ing, the ladies then regrouped for a nice dinner, courtesy of Dorit. Narrator: The dinner would be far from nice.

While at dinner, Dorit got a bit emotional when talking about how "a certain friend of ours" (Lisa Vanderpump) had chosen to distance herself from the group. Camille said she hadn’t spoken to LVP, either, asking the others, "Is it sad? Is it hurtful?"

Dorit said it was, then noted that LVP skipped out on Camille’s bridal shower and her wedding.

"Well, I guess I was weak then," Camille replied.

Denise interjected to say that bringing up that topic "wasn’t fair" because Camille had just lost her house in the fire, but Camille insisted she was fine and wanted to squash whatever feelings were being felt.

That’s when Kyle brought up how what Camille complaining to them about Lisa missing out on her events was completely contradictory to the complimentary things she said about LVP in the press. Of seeing the PEOPLE magazine article in which Camille san Vanderpump’s praises right after they heard her talk smack, Rinna said, "It was like bad timing. It was as we were pulling out [of brunch with you in Hawaii], and we’re like reading the article. It was kind of like, ‘Ah!’"

"With Camille, there is no middle ground," Kyle later told the camera. "She will either say whatever it is to appease you, or she’ll come at you with a dagger."

Teddi agreed, saying Camille’s desire to please whoever she’s talking to at the time instills a sense of fear in her friends. That’s when we slowly start to see sweet Camille take a sour turn. "I’m sure you’ve said stuff about me. Or maybe you haven’t. I don’t know," she said to Teddi, who replied, "Everything I’ve said, I’ve said to your face — that you flip-flop and you speak out of both sides of your mouth."

The pile-on continued as Dorit then let Camille know Rinna filled her in on all the negative things Grammer said about her behind her back. Rinna copped to it, but added that she didn’t give Dorit specifics. That was all Camille needed to hear; she was ready to MENTION IT ALL (to be read in your best Bethenny voice).

"It was before my 50th," Camille explained. "I had to get to know you. I didn’t trust you, I didn’t. Dorit, I didn’t. I didn’t know where you were getting all this money from."

"What do you mean? Where I was getting all what money from?" Dorit asked sternly. "What are you talking about?"

"Well, I talked to — it’s true," Camille replied with a smirk. "Your husband was telling me how he filed for bankruptcy."

What flashed across the screen was footage of PK with Camille and a group of people at dinner one year prior, talking about how he grew up "normal" but "ended up a billionaire out of nowhere. And now, I got taken down, because if you get too big for your boots, you get taken down."

"And I was just like, ‘Wow, where does she get these fancy cars, these Bentleys she’s driving around, all these diamonds, your makeup, your glam, your clothes are outstanding, they’re beautiful, I’ve always said that," Camille went on.

"My husband built a $2 billion business from zero," a heated Dorit fired back. "Let me finish. Let me clear it up for you. In 2008, his business went bust. He claimed bankruptcy, much like many, many successful men."

"What does that have to do with today?! This was 10 years ago! What are you talking about?!" she added, growing more and more agitated that Camille would not let it go. Camille replied, "Your husband owes out a lot of money to somebody very, very closer to me."

When Dorit scoffed, rolled her eyes and let out, "Oh, puh-lease," Camille angrily shot back, "No, it’s true. No, it’s true."

Denise was livid. "This crosses a line," she tried to interject, but Dorit demanded Camille spill whatever tea she claimed to be holding. "I know things for certain," Camille said ominously, "I know for certain."

"Don’t you dare threaten me, sweetheart," Dorit fired back, but Camille insisted she was simply "protecting" Dorit.

"You’re protecting me?!" Dorit shouted. "You’re a little snake! That’s what you are. You wanna go low? We’ll go low." Camille reiterated that she was only "trying to protect" Dorit, but Dorit had had it.

But Camille wasn’t done. "I know your husband owes over $1 million to a company," she said. "It’s bad. There’s lawyers involved, too." The women stared in horrified silence.

"Don’t say anything else," Teddi said sternly to Camille, before Denise ripped her a new one for going "below the f–king belt."

During a later confessional, Dorit was still processing what had happened and said, "I’ve seen Camille talk out of both sides of her mouth, but this Camille? She’s downright vicious and mean. After tonight, I’m done."

While nobody named names, there is at least one lawsuit out there accusing PK of not repaying a $1.2 million loan from 2011. The case is ongoing.

"The Real Housewives of Beverly Hills" airs Tuesdays at 9 p.m. on Bravo. 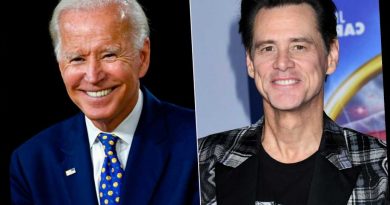 Jim Carrey Is Stepping Down from Playing Joe Biden on SNL: 'My Term Was Only Meant to Be 6 Weeks' 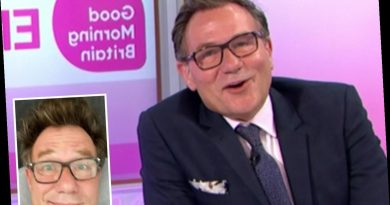 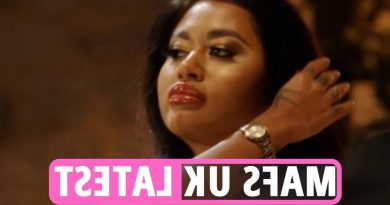