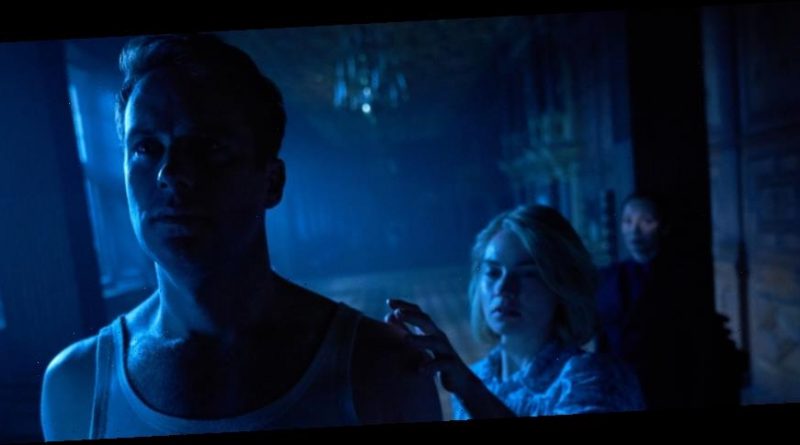 It’s never a good idea to remake Hitchcock, even though several have tried. And while Ben Wheatley‘s new Netflix Rebecca is technically not a remake, but rather a new adaptation of Daphne du Maurier’s classic novel, it can’t escape the Hitchock film’s legacy. Like its main character, Rebecca is living in the shadow of its predecessor. To Wheatley’s credit, he doesn’t try to ape Hitchcock in any way, shape, or form. But, oddly enough, he doesn’t bring much new life to the proceedings, either. For a film filled with such lush production design, Rebecca is a curiously stifled affair.

Wheatley is known for nasty, brutal films like Kill List, A Field in England, and High-Rise. The prospect of mixing Wheatley’s gruesome sensibilities with du Maurier’s gothic romance tale is potentially delicious – but Wheatley dials it down. This is his most accessible film, for better or worse. In some ways, it almost feels like an exercise – Wheatley showing everyone that he can make a perfectly average movie if the mood strikes him.

Before descending us into dark and gloomy gothic territory, Rebecca kicks-off in abundant sunshine. The unnamed narrator (Lily James) is in brightly-lit Monte Carlo with her employer (the unabashedly catty Mrs. Van Hopper, played by Ann Dowd having a god damn ball with her brief screentime) when she meets mysterious and handsome widower Maxim de Winter (Armie Hammer). Fond of strutting around in a mustard-color suit, Max sweeps the narrator off her feet and the two start a whirlwind – though seemingly chaste – week-long romance. And when a departure threatens to tear them apart forever, Max proposes marriage.

After being wed, Max and his new bride, the second Mrs. de Winter, head to Max’s family home, the sprawling Manderley. A triumph of production design, Manderley looks like Wayne Manor, a portrait gallery, and Crimson Peak had a beautiful, haunted baby, with gorgeous rooms upon rooms all filled with ornate, intricate details that were probably painstakingly assembled and placed just right.

It’s a stark contrast from sunny Monte Carlo, and the second Mrs. de Winter immediately grows tense. That tension only increases when she’s introduced to the head housekeeper, the tight-lipped, ultra-rigid Mrs. Danvers, played with chilly menace by Kristin Scott Thomas. The second Mrs. de Winter may technically be the lady of the house, but it’s Mrs. Danvers who reigns supreme. She seems to be everywhere and know everything, and she’s constantly reminding the narrator what a perfect creature Max’s first wife, Rebecca, was.

Max is stand-offish about Rebecca. Whenever James’ character attempts to raise the subject, Max changes it – or simply walks away. “She’s still here,” Mrs. Danvers says later, suggesting that Rebecca’s ghost walks the halls of Manderley. Even if there’s no supernatural ghost at foot, Manderley is haunted all the same. The honeymoon period is over, and the narrator begins to grow disturbed. Why is Max keeping secrets? Why has he suddenly grown so cold to the narrator? What’s up with his creepy sleepwalking at night? And just what is going on with Mrs. Danvers and all the not-so-subtle glares she directs the narrator’s way?

You’re bound to know the answers to these questions if you’re familiar with the source material, and if you’re expecting Wheatley to throw a curveball, you’re going to be disappointed. The script, by Jane Goldman, Joe Shrapnel, Anna Waterhouse, adheres to its source material, and even waters things down a bit. The psychosexual tension that prevails the book (and even subtly pops-up in the Hitchcock film) feels completely absent here. Everything is icy cold and strangely obdurate.

There’s the occasional flourish here. Wheatley and editor Jonathan Amos provide a lot of cross-cutting, with silent scenes unfolding adjacent to scenes with audio, presenting a kind of dreamy sensation – are we seeing things that are happening, or just things that are in the narrator’s mind? There’s also some digitally-enhanced dream sequences, complete with leaves that come to life and suck James down into darkness. And when the time comes for the infamous costume party, Wheatley gets very close to shaking off the shackles of the production and going wild – only to dial things back at the last minute.

James and Hammer have actual chemistry together that adds an extra layer to the goings-on – we believe that these two could really be in love, if only everything around them wasn’t so strange and haunted. On their own, however, they seem adrift. Hammer fades into the background for much of the film (even in that mustard suit), and James appears to only have one mood: confusion. Granted, she’s supposed to be confused for a large chunk of the story. But even when things start falling into place she remains unchanged.

Thomas fairs better as the infamous Mrs. Danvers, and she manages to avoid going hammy with the part. Her best moment comes when the narrator wanders into Rebecca’s old bedroom, which Mrs. Danvers has kept in pristine condition. Bathed in a sickly blue light via cinematographer Laurie Rose, the entire sequence knocks you off-kilter, and Thomas seizes on the moment to become vaguely threatening as she casually rips out chunks of the narrator’s hair with Rebecca’s old brush. It’s a wonderful sequence overall, and the entire film could’ve used a few more moments like this.

As Rebecca winds down it descends into courtroom drama territory so dreadfully dull it might put you to sleep. It’s hard to give a hoot about any of the legal stuff, and all we want to do is head back to  Manderley and roam more of those ornate halls, if only to keep our interest piqued and our eyes open. After getting there, anytime the movie steps outside of the spooky, sprawling manor, the narrative sags, leaving us dreaming of going to Manderley again. Or perhaps just watching a better adaptation. 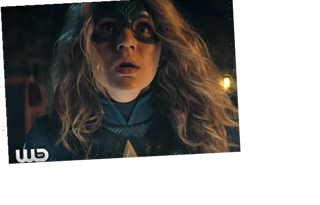 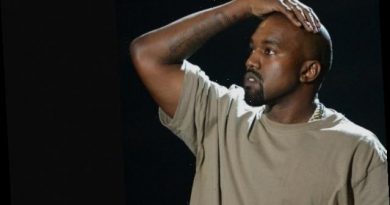 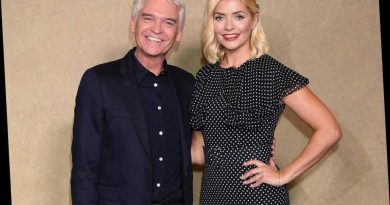