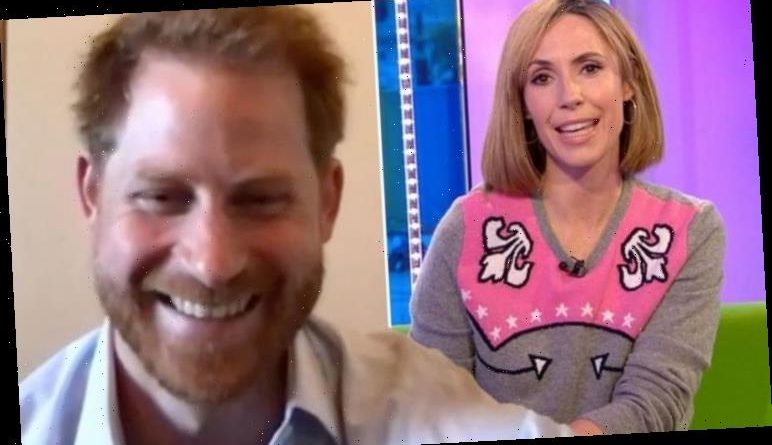 With Prime Minister Boris Johnson answering questions on BBC One’s Coronavirus: BBC News Special at 7pm, it meant Alex Jones and Michael Ball had to bring The One Show fans their daily dose of the magazine show on BBC Two. The pair were joined by Paul McKenna and Romesh Ranganathan but it was a special VE Day film from Prince Harry which had the hosts talking.

The Duke of Sussex then heard from members of two separate support groups as they explained just how much the groups meant to them.

As the heartwarming segment drew to a close, Prince Harry described the stories as “uplifting” before the camera return to the BBC studio.

Alex then said: Thanks so much Prince Harry for that. He does make quite a promising One Show reporter don’t you think?” 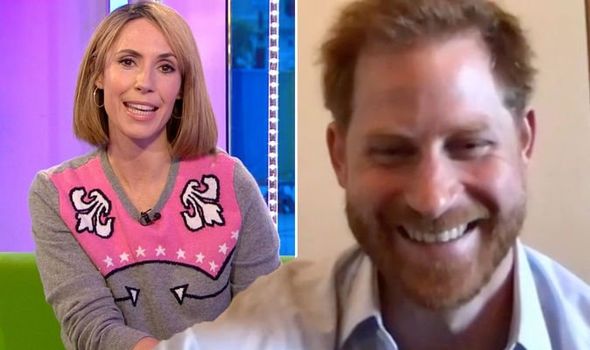 Michael joked he was left feeling slightly disappointed with the Duke’s appearance, however.

He replied: “Didn’t get to see enough of the house though, did we?”

Alex jokingly screwed her face as she shook her head in agreement before he co-host continued: “You love doing that, don’t you?”

The pair shared a laugh before the duo turned to Paul McKenna to discuss his new podcast. 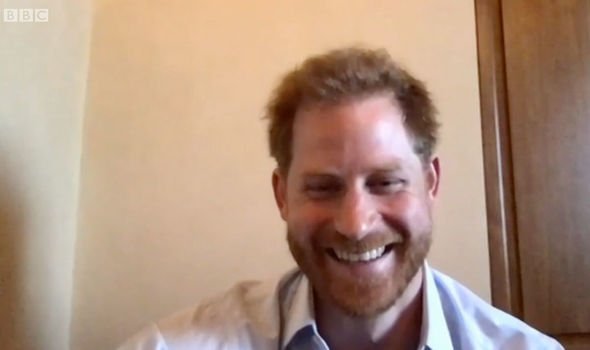 The Duke of Sussex’s appearance on the show had already sparked excitement with viewers when it was confirmed on Twitter before he’d even appeared.

“Tonight’s #TheOneShow will be on @BBCTwo at 7pm! @MissAlexjones will be on the sofas with @mrmichaelball and they’ll be chatting to @RomeshRanga (and) @ImPaulMcKenna.

“Plus we’ll also be showing a very special film featuring The Duke of Sussex!”

Royal fans quickly took to the reply section, with one viewer tweeting: “Bring it on!”

A second added: “Great to see film featuring HRH The Duke of Sussex!”

While a third shared an excitable gif file alongside the caption: “We are going to see Prince Harry tonight!”

The One Show continues every weekday at 7pm on BBC One. 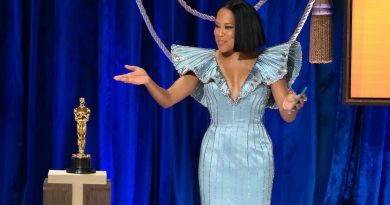 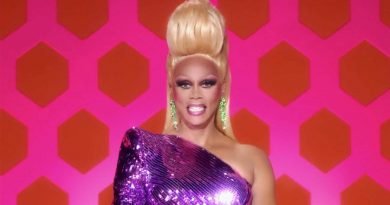 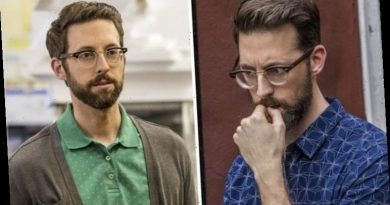