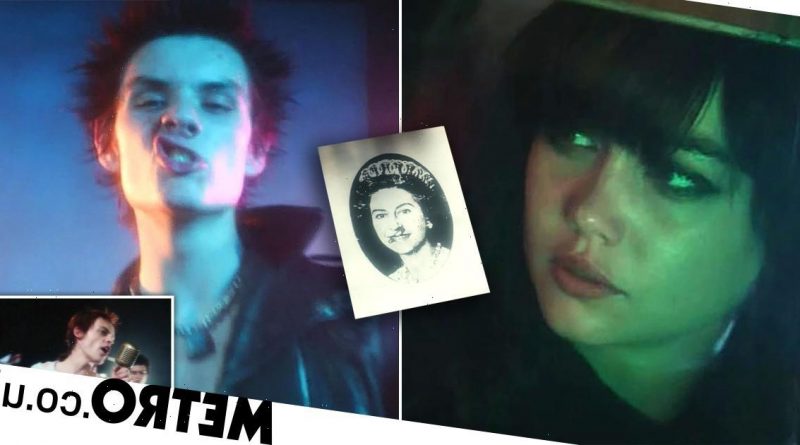 Disney Plus has revealed the official trailer for director Danny Boyle’s TV series about the Sex Pistols – and we’re ready for the mayhem!

The drama is based on the memoir of Steve Jones, the legendary Sex Pistols guitarist who helped usher in a punk revolution in Britain, chronicling the band’s early days in West London, their meteoric rise to stardom and their collaboration with iconic fashion designer Dame Vivienne Westwood.

The Queen’s Gambit actor Thomas Brodie-Sangster stars as the band’s manager Malcolm McLaren and in the promo he tells the punk band: ‘With the right guidance you could change the world’, while an announcer says over footage of rioting, ‘Punk has taken London’s youth by storm.’

The rock band is later seen performing on stage against the backdrop of a Union flag while fans clash with police.

The grainy visuals show them ushering in ‘danger and desire’ and kicking ‘this country awake if it kills us’ through their hardcore performances. 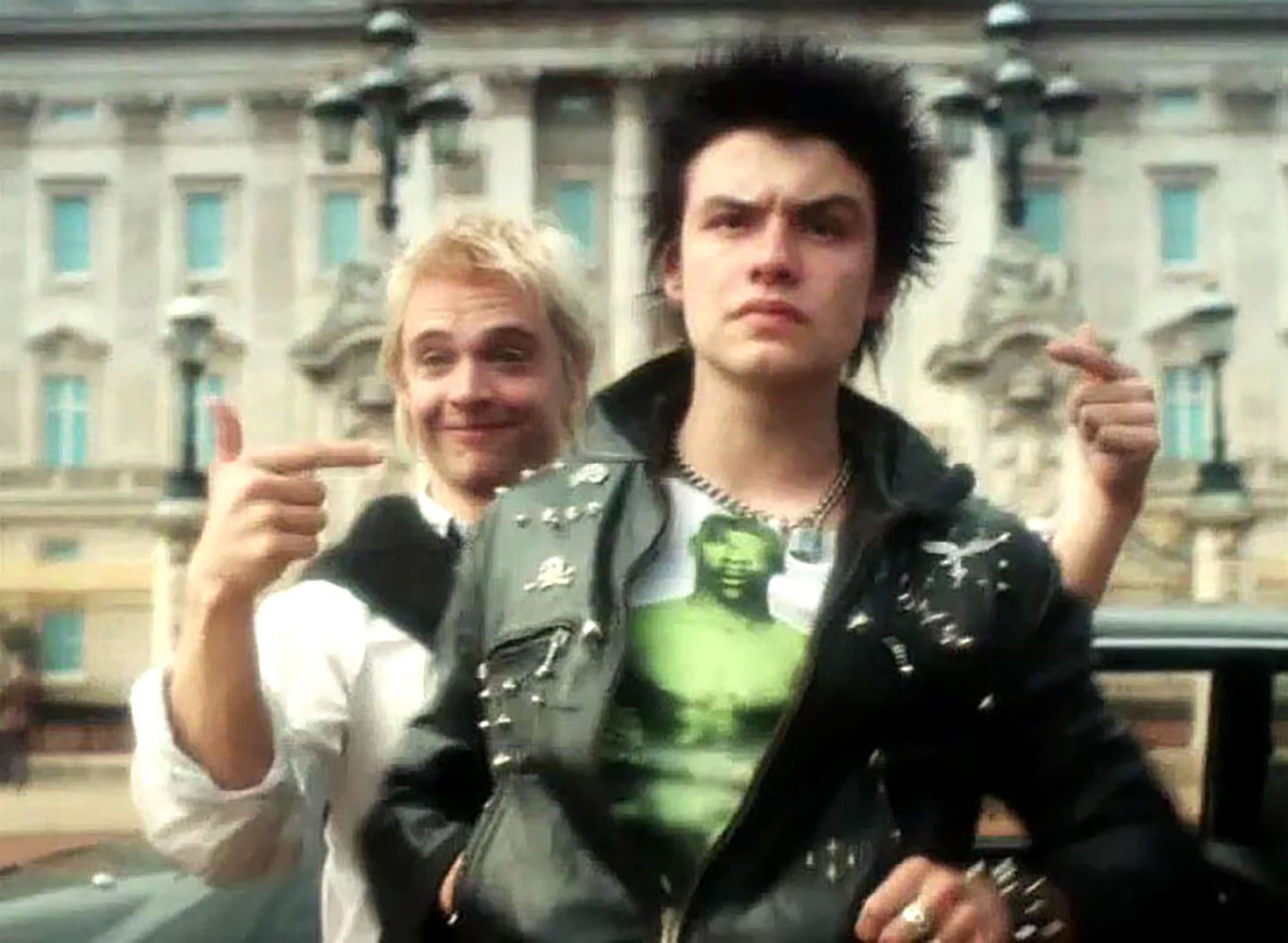 Iris Law, daughter of Jude Law and Sadie Frost, will make her screen debut in the series as Soo Catwoman.

Oscar winner Danny Boyle directs and serves as executive producer on the series, which was created and co-written by Craig Pearce.

According to the Disney Plus synopsis, the six-parter will ‘guide us through a kaleidoscopic telling of three of the most epic, chaotic and mucus-spattered years in the history of music’.

It adds: ‘This is the story of a band of spotty, noisy, working-class kids with “no future,” who shook the boring, corrupt Establishment to its core, threatened to bring down the government, and changed music and culture forever.’

Sex Pistols frontman John Lydon recently branded his former bandmates as ‘dead wood’ in a scathing attack and expressed his hurt after being side-lined in the TV series.

‘Cutting me out is a shockingly stupid move,’ John said. ‘It’s so ridiculous. It’s so preposterous.’

The Sex Pistols formed in London in 1975. Their initial career only lasted two and a half years, however, they are regarded as one of the most influential acts in the history of pop music.

Pistol is set to release on Disney Plus on May 31. 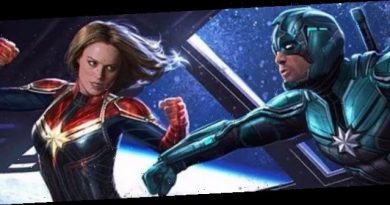 Superhero Bits: Hear Some of the 'Wonder Woman 1984' Score, Details on Batman Day in September & More 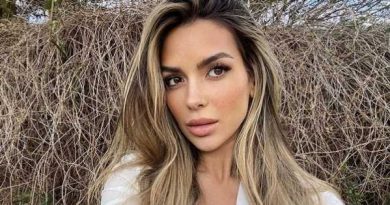 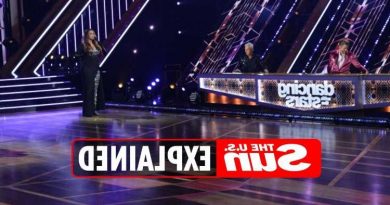 Dancing with the Stars 2021: Who went home tonight?