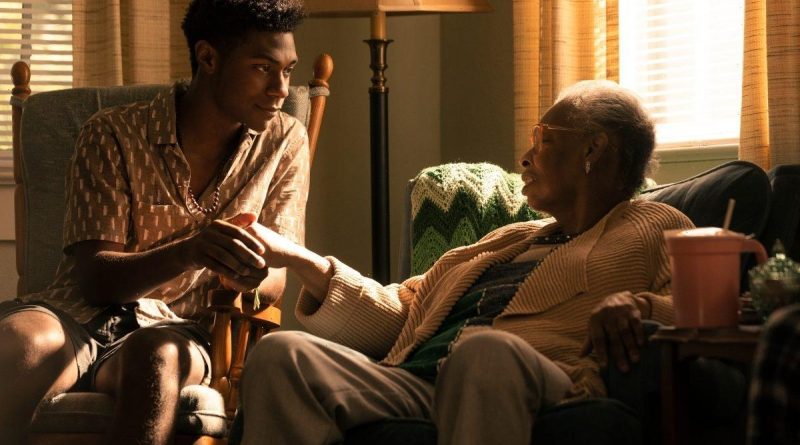 Outer Banks Season 2 focuses on a new treasure hunt. Naturally, the Pogues are at the forefront of finding the Cross of Santo Domingo, but this time, the treasure has a whole new meaning — especially for Pope Heyward (Jonathan Daviss) and Carla Limbrey (Elizabeth Mitchell).

Denmark Tanney’s map to the treasure in the ‘Island Room’

In episode 7, we learn the “Island Room” is in the Cameron house. When the Pogues find it in “The Cross,” it’s clear the room is a map of Goat Island.

But the Pogues aren’t sure where to find “the foot of the angel” where the “true treasure lies.” Leave it to J.J. (Rudy Pankow) to point the Pogues in the right direction. He figures out Tanney means the tall and twisted Angel Oak that sits on Goat Island.

Initially, it seems like Carla Limbrey wants Denmark Tanney’s gold cross for the sheer monetary value. After finding out about her past with Ward Cameron (Charles Esten), it starts to seem like Limbrey might want the cross as revenge. But in Outer Banks episode 8, we learn the real reason Limbrey so desperately wants Tanney’s treasure.

According to Tanney’s legend, the “holy garment” stored inside the cross can heal the sick. It’s unclear what ails Limbrey, but she mentions she doesn’t have long to live.

“If only I should touch the garment, I will be made well,” Limbrey says. As her goal of obtaining the cross becomes clear, so does her half-brother’s desire to secure her fortune in the wake of her death.

The treasure hunt continues in ‘Outer Banks’ episode ‘The Cross’

The $400 million in gold from the Royal Merchant ship might be gone, but the Pogues focus on a different kind of treasure in season 2. When they get to the tree at Goat Island, the Pogues are too late. Limbrey and her cronies dig up the ground around the tree, only to find the grave of Tanney’s wife — Pope’s great-great-grandmother — Cecelia.

Distraught, Limbrey wants to go back to the Cameron’s to consult Tanney’s “Island Room” map again. But Pope realizes Tanney buried the real treasure — his wife — at the foot of the angel.

“Denmark was hung for burying his wife, and now they defiled her grave,” Pope says. All hope is not lost, though. When J.J. reaches into the heart of the twisted oak, he finds a spyglass with an inscription: “You’ve come this far, do not falter, the cross is on the Freedman’s alter.”

After their turmoil in Outer Banks Season 1, J.J.’s dad Luke (Gary Weeks) appears at the worst possible time in “The Cross.” Once they realize the Cross of Santo Domingo is hidden in the beams of Tanney’s legacy — Freedman’s Church — they realize John B’s (Chase Stokes) Volkswagon Twinkie isn’t going to cut it. But the faithful wagon gets stuck in the mud as the tides rise.

J.J. and Kiara (Madison Bailey) have a solution — they’ll get a wedge and pull the Twinkie out. But when J.J. returns home, he finds Luke hiding out and needing help getting off of Kildare.

“[The role] was heavy,” Pankow told Entertainment Weekly after season 1 premiered. “Heavy storylines, heavy time trying to get in that headspace.” In Outer Banks Season 2, we once again see J.J. grapple with his relationship with his dad. J.J. helps him one last time, but only because he hopes this means he’ll never have to see him again.

“I know I could have been better,” Luke tells his son. “Yeah, well, I’m not perfect either,” J.J. replies.

“Perfect don’t matter,” Luke concludes. “You got a good heart.” In an emotional goodbye, Luke tells J.J. things could work out and he might return to OBX one day.

After an uphill battle getting the Twinkie out of the mud that required wrestling gators, Pope chips open the ceiling beams of Freedman’s Church to find the Cross of Santo Domingo. The uphill battle continues, though, as wasps attack Pope.

A mad scramble and several pew cushions later, Pope can’t hold on any longer. He falls safely onto the pillows, only to see the massive gold cross slide out of the ceiling beams.

Will Pope get crushed by his family’s legacy? Tune in to the rest of Outer Banks Season 2 to find out. 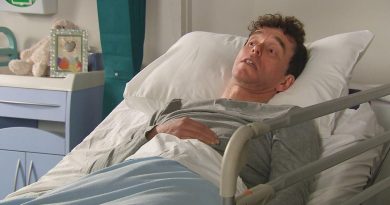 Emmerdales Marlon set for affair with nurse after devastating stroke 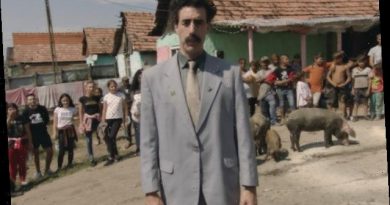 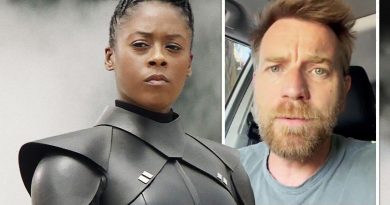