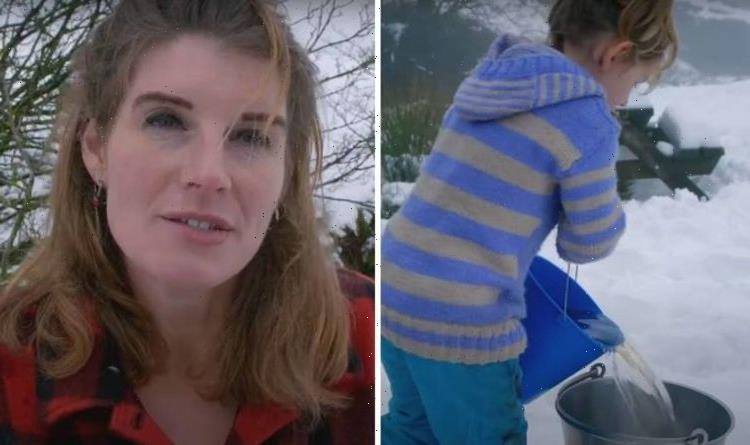 Our Yorkshire Farm: Violet and Edith write their names on the walls

Our Yorkshire Farm is over for another season but not before the Christmas special aired earlier this month on Channel 5. The Yorkshire Shepherdess Amanda Owen, husband Clive and their nine children worked together to make it their best Christmas yet while still taking care of the farm. But as the temperatures suddenly dropped, this caused a major issue in the Owen household.

During the winter months, especially in northern areas of the country, weather conditions can majorly impact people’s day-to-day routines.

The stars of Our Yorkshire Farm were not the exception to this either as seen in the Christmas episode of the Channel 5 docu-series.

While there were shots of the youngsters having fun outside, throwing snowballs at one another, something more serious was occurring in the background.

Due to the freezing temperatures, Ravenseat Farm’s water pipes were no longer working.

As the farm had to go without obtaining water the usual way, 12-year-old Edith and five-year-old Clemmy decided to collect water in buckets from the nearby river instead.

Talking about the issue, Amanda explained: “Unbelievably, we have no water in the house. Because it was so cold, it was -12, there are water issues.

“You do not realise how much water you use until you haven’t got any.

“Fortunately, we do have a river within close proximity to the house but it’s still all to carry.”

This isn’t the first time though that the Owen family has been through this predicament.

Amanda added: “We’ve had the water off 10 days before which was really really bad.

“We have to go check on the water tank about a mile away so our first challenge will be getting there.”

It is believed the pipes were fixed just before Christmas Day, luckily for the family.

On Boxing Day, Amanda tweeted an unusual picture of a Toblerone bar inside an old clock.

In the caption, she wrote: “After a year of intermittent lockdowns, isolations, a week cut off with no electricity, water & consuming peasant food cooked over an open fire we have found the giant Toblerone that we got for Christmas last year!!”

Presumably, the Toblerone was hidden as part of the festivities in 2020 but with no one being able to remember where it was.

Going by this tweet, Amanda and the family had no water for a week but it has now been restored.

Our Yorkshire Farm will be returning for a new series in 2022 on Channel 5.

Filming has already started on the new episodes but a release date hasn’t been revealed.

But going by previous series the Owen family may not return until the summer.

Our Yorkshire Farm is available to watch on My5. 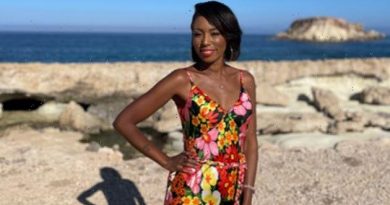 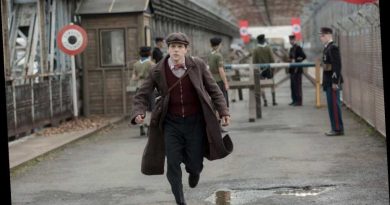 'Resistance' Review: Jesse Eisenberg Has the Mime of His Life