EXCLUSIVE: Amber Sealey has signed on to direct McFarland Entertainment’s Nod If You Understand as her next film, on the heels of the Tribeca-premiering No Man of God, which told the true story of Ted Bundy’s final days.

The thriller heading into production next year will tell the true story of the relationship between heroic NWA stewardess Tina Mucklow, the mysterious hijacker known as DB Cooper, and the only unsolved case of air piracy in the history of commercial aviation.

When Cooper boards NWA Flight 305 with a bomb on Thanksgiving Eve, 1971, Mucklow must cleverly negotiate his demands and the conflicting objectives of the FBI and airline, to save 42 lives. After extorting $200,000 in ransom and demanding the crew return him to the stormy skies with a series of very specific and life-threatening flying instructions, Cooper does the unthinkable, parachuting out of the aircraft with the money. Despite an extensive manhunt and FBI investigation, Cooper has never been located or identified. The incident not only marked the end of unfettered and uninspected airline travel, but also inspired a wave of violent hijackings that increased year after year – culminating into the events of September 11, 2001, and with effects still felt today.

November 24 of this year will mark the 50th anniversary of the hijacking. In order to be able to bring the story to the screen, Joey McFarland (Apple’s upcoming Emancipation) acquired the life rights of both Mucklow and Bill Rataczak, who co-piloted NWA Flight 305. Each is involved with the project as a consultant.

McFarland & Dawn Bierschwal penned the script, which draws on months of in-person interviews with Mucklow and Rataczak, as well as deep-dive research into FBI case files, witness testimonies, airline radio transcripts, and creative scouts to Oregon and Washington. McFarland and Bierschwal are also producing the upcoming film, with Mika Saito exec producing.

“I couldn’t be more thrilled to be directing this film. It’s a story that is both universal and extraordinary,” said Sealey. “Tina is just like one of us. The Hijacker is like no one we’ve ever known before or since. Together, we can’t take our eyes off their life-changing story.”

Added the director, “This hijacking is an important piece of US history, much obsessed over, and yet there are huge parts of the story that have never been shown before. The camera has never been pointed in the right direction, until now.”

“Though DB Cooper is an incredibly enigmatic and fascinating figure, Tina Mucklow was the real hero that day,” said McFarland and Bierschwal in a joint statement. “She represents so many female heroes overlooked throughout history, and it’s time to correct that. With Amber Sealey, we couldn’t have a more powerful voice to tell this story.”

“After working exclusively with Joey and Dawn these past couple of years and now Amber, it’s my hope that the message that people will take away from this film is that everyone of us has more strength than we might think or imagine,” added Mucklow, “and they will come to realize – as so many others have learned and shared with us – that courage is not the absence of fear, but rather the ability to work in its presence and hopefully by the grace of God triumph over it.”

Sealey is an award-winning filmmaker best known for No Man of God, starring Luke Kirby and Elijah Wood. Like her upcoming Nod If You Understand, that critically acclaimed RLJE Films title looked to recontextualize the story of an infamous male criminal from a female perspective, countering past accounts through which he’s been mythologized.

Sealey has also previously directed films including No Light and No Land Anywhere, How to Cheat, A Plus D and How Does It Start, a short that premiered at the 2019 Sundance Film Festival. She has been selected for the AFI Directing Workshop for Women, the Film Independent Directing Lab, the NBC Universal Directors Initiative, Ryan Murphy’s Half Initiative, Film Independent’s Fast Track and the WeForShe’s DirectHer program, receiving additional support from the Sundance Institute and Women In Film.

McFarland Entertainment is an LA-based development and production company founded by award-winning writer-producer Joey McFarland. Nod If You Understand comes in the heels of the company’s first film outing with Emancipation, the Apple thriller directed by Antoine Fuqua and starring Will Smith, for which a premiere date has not yet been set. The concept for Emancipation came from McFarland, who spent years in research and development with screenwriter William Collage before he enlisted Fuqua and Smith. 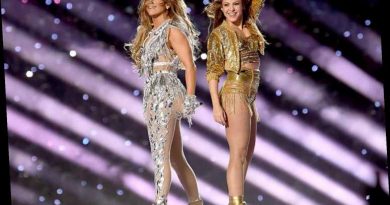 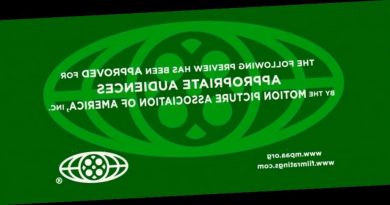 This Week In Trailers: Rockfield: The Studio on the Farm, Truffle Hunters, The Great American Lie, Mandibles, Billie 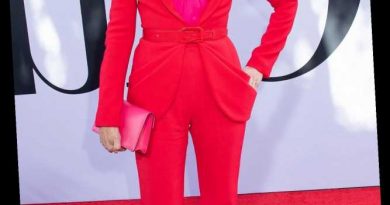 Jane Fonda Is Opening Up About Her Sex Life at 82: 'I've Had So Much of It'