After Daniel Craig’s final James Bond movie, No Time To Die, was released in September, all eyes have been on Bond bosses over who will take his place. The British actor will be replaced by an actor that has yet to be announced, but the casting process has been surrounded in a lot of mystery.

It has been suggested that the next Bond ought to be a woman or a person of colour to break from the traditional version.

Since the first Eon-produced Bond movie, 1962’s Dr No, the international spy has been a white heterosexual male. Could it be time for a change?

Broccoli was recently quizzed over exactly this in a new interview, where she confirmed a few details about the next 007.

She said: “I think it will be a man because I don’t think a woman should play James Bond. I believe in making characters for women and not just having women play men’s roles.” (Via The Hollywood Reporter)

Broccoli added: “I don’t think there are enough great roles for women, and it’s very important to me that we make movies for women about women.” The Bond boss also answered the pressing question over the ethnicity and nationality of the fictional spy. Bond actors have mostly been British, save George Lazenby, who is Australian. Broccoli said: “He should be British, so British can be any [ethnicity or race].”

What do you think? Should James Bond be a person of colour or a woman next? Join the debate in the comments section here

Broccoli’s comments echo those she made back in September to Variety.

At the time, she said: “James Bond can be of any colour, but he is male.”

Former Bond Craig also has the same opinions about the future of 007, at least where the actors are concerned.

He said: “There should simply be better parts for women and actors of colour. Why should a woman play James Bond when there should be a part just as good as James Bond, but for a woman?” (Via Radio Times)

The chances of getting a Bond of colour seem slim, however.

At the time of writing, Ladbrokes have eight British stars lined up as the most likely to take over from Craig. Only two of them, thus far, are men of colour.

Top of the board is Bridgerton hunk Regé-Jean Page with 4/1 on becoming Bond.

He is followed by Idris Elba who has an equally as-impressive 8/1 on replacing Craig.

Elba recently spoke out about the notion of him becoming the first Black Bond.

After being asked if he would like to be Bond, he replied: “Who wouldn’t? How amazing would it be to have a Black James Bond?

“It’s a sign of the times when we can stop talking about black, white, and colour.”

James Bond No Time To Die is available to rent now. 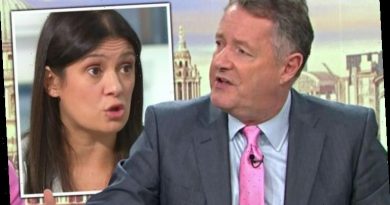 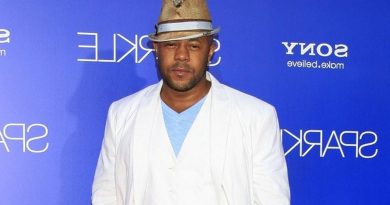