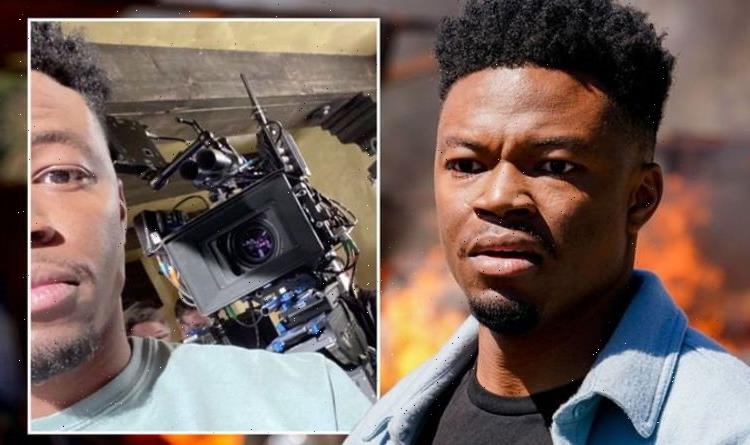 The 13th season of NCIS: Los Angeles is on its way to CBS on October 10, meaning filming and the workload is coming thick and fast at the show’s cast and crew. And there’s plenty for fans to look forward to when the drama returns, with Marty Deeks star Eric Christian Olsen already confirming there will be “chaos” in the season 13 premiere. Now, Devon Roundtree star Caleb Castille has shed more light on what fans can expect with a series of behind the scenes clips shared to his Instagram.

In order to give NCIS: LA fans a peek behind the scenes of the hit CBS drama, Castille took his Instagram stories to catch his castmates off-guard.

Castille can be seen riding around the set of Paramount Studios in the first clip shared on his social media page, captioning the moment: “It’s a great day to have a great day.”

Soon after, he joins co-star Medalian Rahimi – best known for playing Fatima Namazi – to tease the “energy” the pair bring will be “different this year”.

Zooming in on her trainers, the Devon Roundtree star jokes with his castmate: “Do I detect the black Air Force energy?”

“Coming in hot,” Rahimi replies as the actors share a laugh behind the scenes of the show.

Next up, Castille takes fans onto the set of the team’s headquarters, snapping a selfie alongside the director’s camera equipment.

He then follows this up with a peek at his wardrobe choice for the second episode of season 13, snapping his “Race Blue” Jordans.

Deeks star Olsen then makes a cameo in Castille’s behind the scenes, donning a grey tank top.

Poking fun at Olsen’s arms, Castile can be heard saying: “There it goes, baby!

“This man been lifting babies all quarantine,” Castille joked, referring to Olsen becoming a new father during the lockdown.

“It’s season 13, I had to get in shape,” Olsen comments as he cruises past his co-star.

“I’m gonna have a new nickname for you,” Castille says. “Sexy E.”

And Olsen wasn’t the only one caught off-guard by Castille’s makeshift documentary skills.

Daniela Ruah – also known as Kensi Blye on-screen – was next in the firing line as she tried to get in a workout on set.

As Ruah curls a set of dumbbells, Castille says from behind the camera: “Look at this, look at this.”

Ruah lets out a laugh as she spots Castille pointing the camera at her before saying: “Who is loitering over there?!”

“I’m surrounded by beautiful people,” Castille says through his laughter.

Unfortunately for impatient fans, Castille was careful not to give away any major spoilers in his behind the scenes update.

But with all the cast and crew back on set and ready to perform, it looks like season 13 is one not to be missed.

NCIS: Los Angeles season 13 premieres on CBS in the USA on October 10. 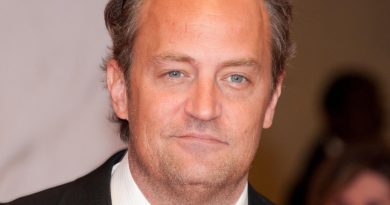 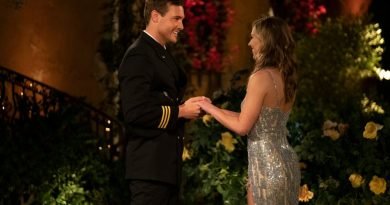 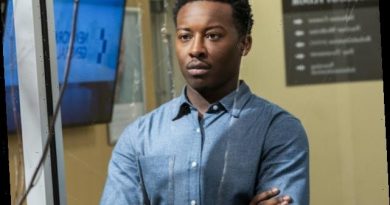 The TVLine-Up: What's Leaving, New and Returning the Week of April 26