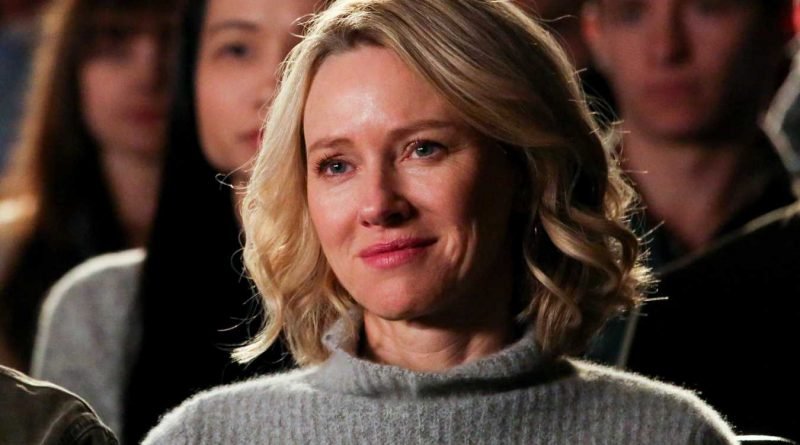 The psychological thriller Luce will grip you from the start, as a seemingly picture-perfect family begins to fracture once trust is destroyed.

Directed by Julius Onah and adapted from JC Lee’s acclaimed stage play, Luce centers on a liberal-minded couple, Amy (Naomi Watts) and Peter Edgar (Tim Roth), who are forced to reconsider their image of their all-star athlete son, Luce (Kelvin Harrison Jr.), who was adopted 10 years prior from a war-torn country, when his teacher Ms. Wilson (Octavia Spencer) tips them off that he’s written an extremely disturbing essay for a school assignment. What transpires is a deeply uncomfortable yet compelling exploration of important topics including racial identity, tokenism, and more, seen through a lens that constantly shifts from one character’s perspective to another so that you never quite know who to believe.

Is Luce the perfect son, student, and athlete who has overcome his horrific childhood trauma and is being victimized by a suspicious teacher? Or is he a sociopath who needs to be watched and questioned? Your opinion will keep changing every scene, and will continue to do so long after the credits have stopped rolling.

For an actor, the chance to participate in a film that stays in viewers’ minds after it ends is the ultimate dream. But for Luce star Watts, the reason she signed on to the film was actually a lot simpler: It was all because of her costar Spencer. Below, Watts dives deep into why Spencer was so integral to her signing on to Luce, the complicated storytelling and ambiguity of the film, and more.

ENTERTAINMENT WEEKLY: What was it about this film that made you sign on?
NAOMI WATTS: In the summer two years ago, I got sent the script and I was told that Octavia was attached to it. Already it was clear that it was going to be read by me by the end of the day just because it was her. I had already worked with her before on that Divergent [film] series, and I had such a great experience with her. And also the projects that she picks, it’s such an endorsement that comes with that. With her name attached it made me read it right away, and the minute I started turning those pages, I felt like it was really rich, dynamic material. It really just got under my skin. I loved how the story shifts from character to character, where you’re judging one and then following them and forgiving them, and then moving to the next — you’re just moving all over the place. It felt like the audience was going to have to participate in a very active way. It’s very satisfactory as an audience member, but also as a person who is part of the storytelling experience. And then I spoke with Julius and had a great conversation. I instantly trusted him. He’s such a smart guy. It just moved from there.

What kind of discussions did you have with JC and Julius about the larger themes at play within the story?
Although JC was around a bit in the beginning part of filming, mostly it was with Julius. I read the play — I actually read it aloud with Kelvin to see how it differed from the script, and mostly it’s the same aside from the ending — and I loved how Julius spoke about it, how it was up for interpretation. It’s like a Rorschach test. You are not going to have all the answers throughout the course of the story. You have to sit with it and decide which character speaks to you in the most truthful way. Amy, to me, starts off with the best intentions. She just wants her son to have a good life. That’s all well and good, but she’s kind of limited herself. She’s created blind spots and forgot to keep checking in on him and ask questions. That makes her a complex character and one that’s exciting to play, even if in the beginning stages you have judgement toward that character. By the time you start putting those clothes on and you arrive on set, you relate to that character and you stop judging and start empathizing. But certainly I found some of her decision-making frustrating. But that’s what you look for in every character you take on as an actor, that complexity.

Speaking of the ambiguity of the characters, this film leaves a lot up to the viewers to decide for themselves when it comes to the motivations of Luce, Amy, Peter, and Ms. Wilson, asking questions rather than giving answers. What was that like bringing a character to life with so much unknown?
It was fun, actually, to be that involved in a film. You get lazy in the cinema experience, and this forces you or asks you or has faith in the audience to say, “Here, get involved! What are your perspectives? What’s your ideology? Is there room for growth? Can you empathize with this other way of thinking? Can you come outside of your own thoughts?” That makes it fresh and exciting for me to come in and play this role that is up for interpretation. The movie lives on beyond the point of just watching the film. It stays in your head. You need to see it again. It makes you uncomfortable. It shook me to the core, and I need to go back and watch it again and decide if I feel strongly about this person’s truth or that person’s truth. It’s good to be in something that has that kind of effect.

What kind of conversations do you hope to inspire in people going to see Luce in theaters?
There are so many hot topics that who knew, given when the play was written and now when the movie’s coming out, that they would still be hot or even hotter or become hot, you know? There are lots of conversations to be had. This is not just a story about identity, privilege, and power. There are many other things it addresses — school violence, sexual assault, harassment, rape, countless things we’ve been talking about for a long time. It’s now living in a time and place that feels incredibly relevant to have those kinds of conversations. That’s why I feel like, despite how uncomfortable and sensitive some of those conversations are, this opens up that dialogue, and hopefully you can take it home with you, you can have those conversations with people you know and trust. Having these conversations, doesn’t that normalize it a little bit more? Can we not get a little closer to understanding it better by having the conversation and naming it?

Why is now the right time for audiences to see this film on a larger stage, rather than the original Off Broadway play?
Because the intimate has created a space for conversations to be shared out loud, and people want to talk about these things and address uncomfortable ideas and conversations. This is why it matters now, because we are in the time of the internet and people can connect with each other and they want to. It’s always good to address uncomfortable things, especially on a bigger platform than it had before.

Did you face any challenges in portraying Amy and telling this story?
Certainly there were times where Tim and I were like, “This is hard, why is she so blocked? Why can’t they see it?” Sometimes there were moments where you wrestled with these characters and their choices. But you want to honor the story, and the story is trying to say the most important thing is to operate through life with empathy. Hopefully that’s what people take away from watching this movie. Some of these characters are lacking in empathy, and through the course of the story they’re inching closer towards it. Amy is a mother who really wants the best for her son, and there’s that new term of parenting: The snowplow parent is the new helicopter parent, talking about parents who want to clear the path for their kids instead of preparing them for the path. She’s doing too much. She’s overcompensating. She’s trying to make his life the best it can be, and some of that ideology is for herself — she’s operating with her own agenda. “My child must succeed.” There’s some good intentions in there, but there are a lot of blind spots, and I think a lot of parents operate like that. Maybe not to that extreme, but it’s something that people will identify with and relate to.

What was it like reuniting with Tim 12 years after you played husband and wife for the first time in Funny Games?
It was great! I love him. He’s such a talented guy, and always really fun. Like Funny Games, this was high-level intensity, and sometimes you just need a reprieve from that. His humor, he’s just able to help with that. [Laughs] He’s just great, and he’s so good in the movie. We seem to have the same taste; we go after complicated stuff!

What are you most proud of from your work in this film?
If people take something away from it, that they’re able to be moved by the story and have a conversation with those close to them that somehow normalizes the awkwardness of those conversations. That’s always my goal, to be in something that I would want to watch and would move me so much that I start thinking about my own life and my own ideals. That’s a successful experience in my mind, so if that happens with Luce, that’s what I’m here for! I love when I’m able to move people.

What are you most excited for people to see from Luce?
Kelvin is such a discovery in this movie. So much of it was about presentation, how he believes he needs to present himself. He had a tricky role, and if we couldn’t stick with him, the whole story doesn’t work. He had a really hard job, and he handled it in an impressive way. I was quite blown away by him. And Octavia really is incredible. She always does such great work, over and over again. We had quite long, heavy, complicated scenes, and I really enjoyed working with her. Our two characters are very different, and yet they’ve really got the same common goal in mind. They’re just approaching it with a different set of tactics. That was dynamic and interesting to explore. 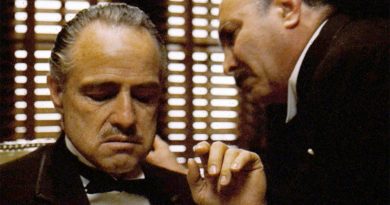 'The Godfather': Marlon Brando's Cat Was a Non-Scripted Stray 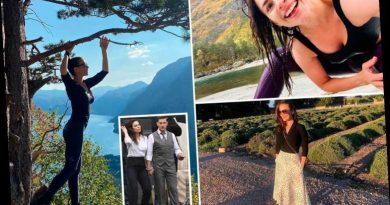 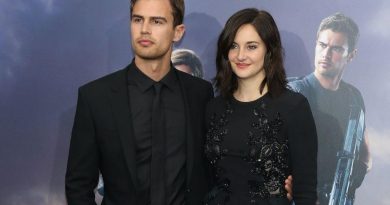