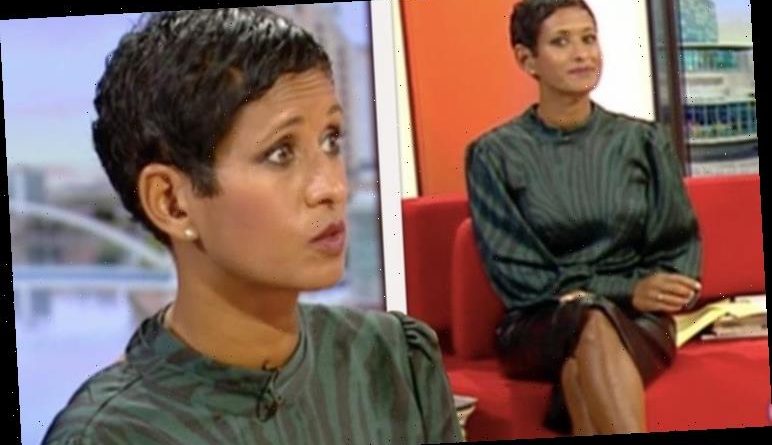 Charlie Stayt and Naga Munchetty were back on the BBC Breakfast sofa today and the conversation focused mostly on the news that pubs have been allowed to reopen today with strict social distancing in place. However, many viewers were left completely distracted by Naga’s appearance.

A couple of weeks ago, Prime Minister Boris Johnson announced the biggest lessening of lockdown rules since it was enforced back in March.

From today, all non-essential shops, pubs, and restaurants can open with strict rules in place and thousands of people have been preparing for this reopening.

To mark the day, Charlie and Naga spoke to a number of pub and hairdressers staff, some of whom had been open since 12:01am this morning.

However, fans were left baffled today by Naga Munchetty’s appearance and took to Twitter to discuss. 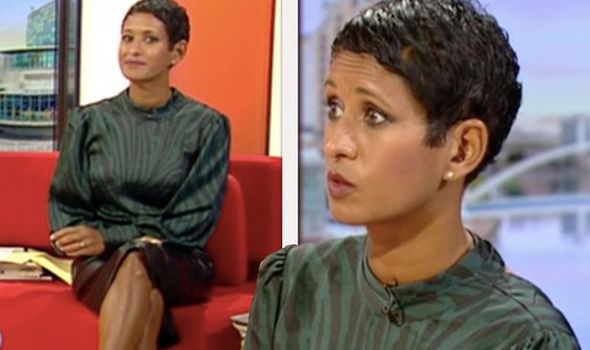 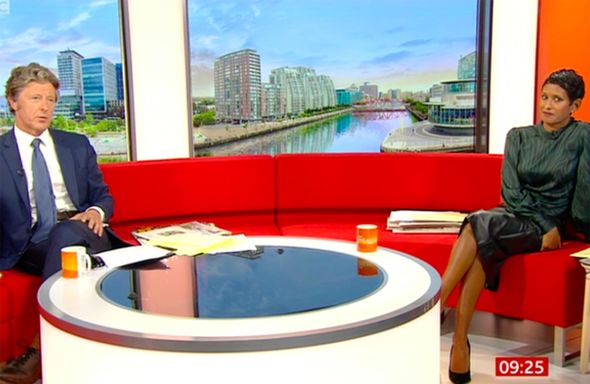 Naga was in a silk shirt and leather skirt, and as viewers know, she is very well known for her chic looks.

One viewer said: “Naga how dare you look so good this time of day Hahahha.”

Another added: “#BBCBreakfast Nice to see fashionista Naga Munchetty dressed as an extra from Dynasty.”

A third decided: “Looks like Naga from @BBCBreakfast is off down the pub after the show.” 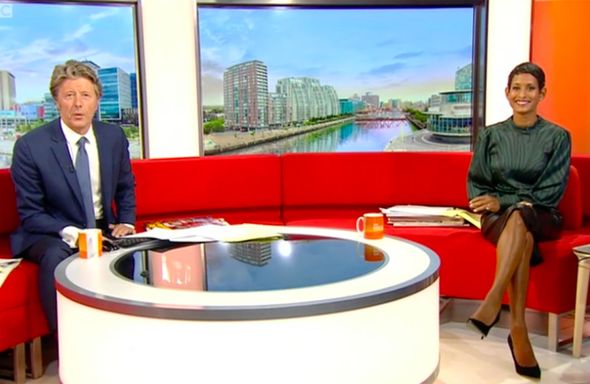 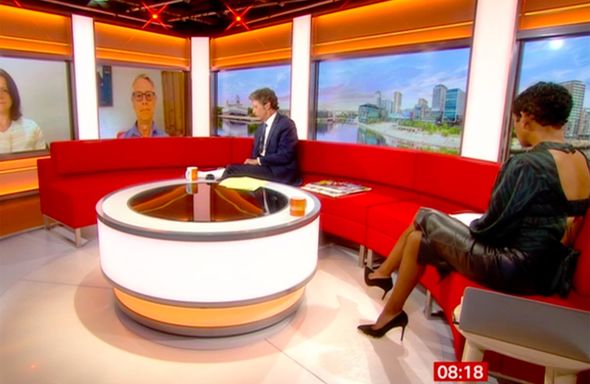 Another said: “Dressed like she’s just got in from clubbing #bbcbreakfast.”

“Don’t moan about Naga’s dress,” said a fifth, “It’s the most interesting thing on bbc breakfast this morning #BBCBreakfast.”

And one more said: “Where on earth is she going after BBC Breakfast?”

Regular viewers of BBC Breakfast also know that Charlie Stayt has been itching for a haircut since the beginning of lockdown.

Naga has been teasing him ever since, and today that hit its peak as it was finally ok for him to get his barnet sorted.

However, Charlie seemed quite happy with his new lockdown locks and quickly moved the conversation on when it was brought up.

But it seems viewers were split on whether or not he should keep it or not.

One viewer said: “Charlie Stayt has a literal mane at this point. Ha. I swear Naga has had a sneaky trim though… #BBCBreakfast.”

Another said: “@BBCBreakfast Charlie clearly not happy with Naga #naughty.”

And one more said: “Watching Naga and Charlie on @BBCBreakfast is Charlie having his haircut live on BBC Breakfast this morning?”

BBC Breakfast airs on BBC One daily at 6am. 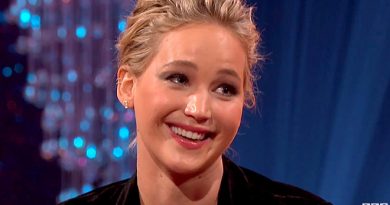 The 11 Most Jennifer Lawrence Things That Have Ever Happened 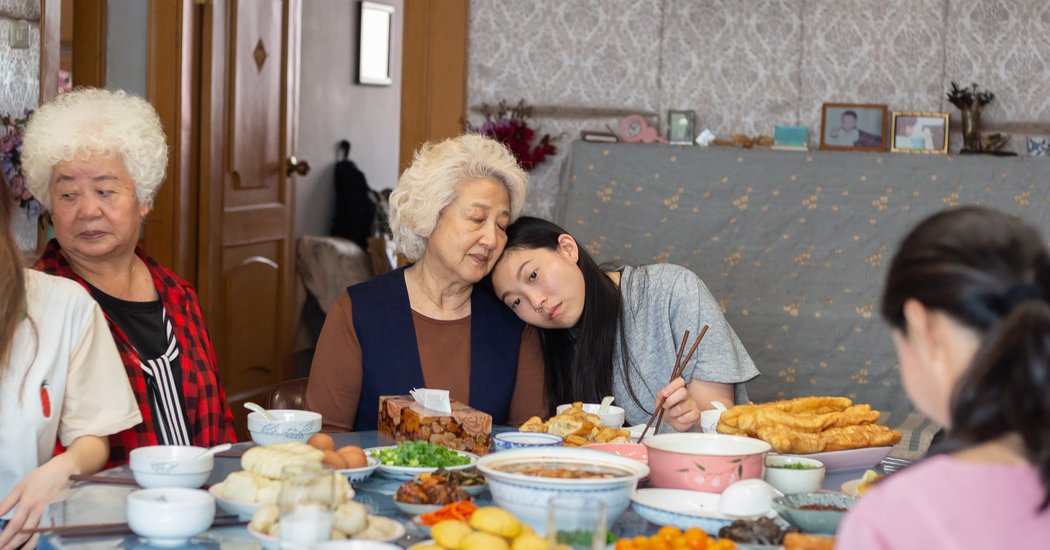 Review: In ‘The Farewell,’ a Sham Wedding Is Really a Premature Funeral 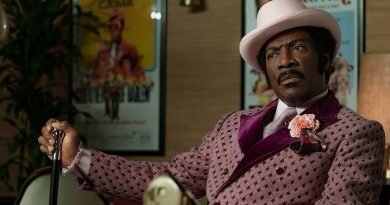