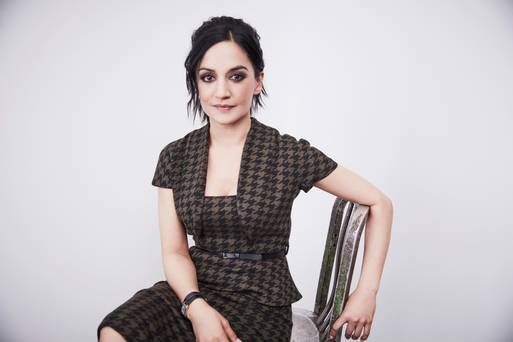 It’s a sign of the times that an Asian telly writer is interviewing an Asian telly actor, in a context that doesn’t need either of us to be Asian, nor a woman. It’s particularly marked as both grew up in a time where seeing someone like us on television would cause us to race down from our rooms to stare at this hallowed representative on TV (I, for one, practically had a heart attack seeing a whole family of us on the UK’s Family Fortunes).

Today, it’s a rarity if Archie Panjabi needs to even mention her ethnicity; you’d normally find her testing boundaries and acing characters in a way that transcends background – her signature role of the brazen investigator Kalinda Sharma in The Good Wife being the main case in point.

Today, in a London hotel, there’s a touch of the Kalindas about her: she has her hair scraped up rather sternly, she’s wearing a tight-fitting black top and trousers, along with a Kalinda-style leather jacket. But her relaxed, warm smile and outstretched hand avoid any confusion between actor and character.

“My characters are much more serious than I am, which amuses the people that know me well,” she tells me once we settle down. “I feel I’m always joking around, but all my characters seem to be tough, strong and very serious.”

It’s been four years since she stepped away from the CBS show, one that transformed her from a promising talent to a critically and commercially revered Hollywood star, who earned the show its first Emmy in 2010.

“People ask me if I’d ever go back to it, but it was the right time to leave,” she says, by rote I suspect. “She came in surrounded by mystery and she left an enigma. I believe that’s very in keeping with the character of Kalinda.”

As much as she’s kept a dignified silence about it, the rumours – because God knows Hollywood and gossip are forever entwined – suggest that her decision to quit was prompted by tension between herself and the lead actor Julianna Margulies, who plays the scheming Alicia Florrick. Even those uninterested in gossip will find that they’d stopped filming scenes together by the end.

Whatever the reason for her departure, it was a smart move; six years was enough to make an indelible mark on the acting scene. She’s since taken on of projects as varied as Omid Djalili’s suspecting wife in David Baddiel’s religious comedy movie The Infidel, and the voice of an ex-flame in left-field adult animated sitcom BoJack Horseman. And – hardly a surprise – there are plenty of investigators in her portfolio, like Nas Kamal in Blindspot and her new role as the no-nonsense accident investigator Kendra O’Malley, in Universal TV’s six-part series Departure.

In Departure, Kendra’s boss Christopher Plummer (All the Money in the World) charges her with finding out why Flight 716 crashed in the Atlantic Ocean. As she pieces together the final moments on the plane, a number of leads emerge, and it’s all tightly paced enough to make for a gripping arc. While that story progresses, more of Kendra’s personal life is revealed, especially about her partner who died in a car crash the previous year.

“It’s like a slow reveal of what happened to her. Even in the first episode, you know she’s been through something but you’re not quite sure what it is,” says Archie.

Building up her already-substantial air miles, the show was filmed between Canada, London and New York, where she’s back again for I Know this Much is True, actor Mark Ruffalo’s HBO project based on Wally Lamb’s novel revolving around the lives of twin brothers.

Previous roles have taken her to Dublin (The Widower) and Belfast (the second series of The Fall). “I love it in Ireland – the food, the people, and it’s a gorgeous place – we went on the Carrick-a-Rede rope bridge, with amazing views of the sea,” she says. “Though I slipped on it and nearly fell in while I was crossing, which would have been a disaster.”

For viewers, however, the stint will have been more memorable for the racy scene in which she and Gillian Anderson shared a steamy kiss.

“I remember getting off a long-haul flight and doing that scene straight away,” she says. “I like the way they did it – there was a hint of something happening there, but it wasn’t fully explored, which was a smart move. But the kissing was tame – you’ve seen Kalinda,” she says of her bisexual character. “She’s kissing every woman, every man, everything!”

Growing up in Edgware, a pleasant suburb in northwest London, Archie signed up with an agent specialising in ethnic actors while still at school. Aged 17, she landed her first acting job starring in House of the Sun, a play about Sindhis, which is Archie’s community.

“It was during my A-levels, and I was worried about not getting the grades to go to university,” she says. “But I wanted to do it because it gave me membership to the actors’ union, which I needed – I’d just got really close to getting a role in EastEnders, but in the end, they couldn’t take me on because I didn’t have that membership.

“So every day, for about two months, I got on the Tube at West Hampstead and studied all the way to Stratford East. I performed the play, got home late, and then set off to school the next morning. I haven’t done much theatre since but that was a great place to start, because filming schedules can be equally gruelling.”

With no formal training, she made significant steps – first in the Damien O’Donnell-directed East is East, then in Bend it Like Beckham. Along with Slumdog Millionaire, these turn of the century successes redefined British-Asian portrayal in film.

“When I started, many of the roles for Asian actors were quite clichéd, but I tried to change that,” she recalls. “When I went in for auditions, I’d try and figure out what made it cliché and open it up. I’d say, ‘could I try for that other role?’ or ‘why don’t we play her like this instead?'”

She gives the example of A Good Year, the 2006 romcom by Ridley Scott. When she auditioned for the part of Gemma, Panjabi asked for her Indian-accented character to be played with “a lot more attitude” to make her more nuanced.

It was Scott who secured her the part of Kalinda in The Good Wife in 2009 “but they’d been through everybody at that point,” she says. “My name was the bottom of the pile. They wanted me to send in a showreel, but I didn’t want to put it together because I’d been rejected by a number of American productions at that point. Once they’d been through everyone else and couldn’t find someone, I eventually did. The showreel included a quote from Ridley Scott, so when they saw it, they phoned him up and asked him about me. He must have said something good because I got the part.”

Cut to an eventful decade later, and her latest news is that she’s just been invited to become a member of The Academy. Like, the Oscars Academy.

“I’m delighted, I have to try and not show how chuffed I am,” she says, grinning ear to ear. What does it mean exactly?

We ascertain that she’ll be able to vote for the Oscar winners, but that’s not the main boon of the invitation. Continuing her example to date, it allows her to shake things up in a small but very significant way. “Until recently, there haven’t been many ethnic minorities or women so it means a good deal to me.” And better still, she says, pointing to a promising future, “it reflects the changes that are happening across the board in the industry”.

‘Departure’ continues on Universal TV on Wednesdays at 9pm 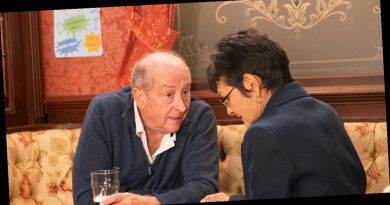 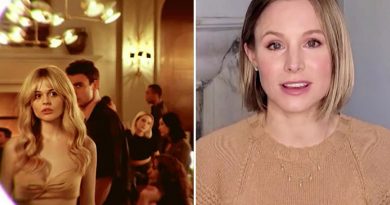 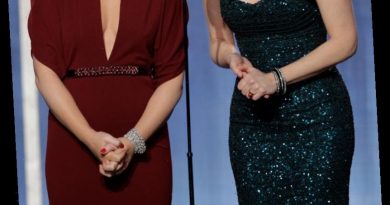