Killing your parents is one thing. Killing your own children is quite another. Children are innocent, parents are responsible for everything in life, good and bad.

Luis Alfaro took on patricide and matricide, respectively, in his Greek-tragedy updates “Oedipus El Rey” and “Electricidad.” Now he explores infanticide in “Mojada,” which opened Wednesday at the Public Theater after its 2015 world premiere in Los Angeles. There, it was titled “Mojada: A Medea in Los Angeles.” Here in New York, it’s just “Mojada” (Spanish for “wet” or the slur “wet back”), and Alfaro sets it in Queens, which is an even better fit for this disturbing portrait of a Mexican immigrant family without legal documentation attempting to eke out a life in the United States.

Alfaro vividly captures the isolation of Medea in an alien culture, and among American cities, New York has got to be the most exotic, alienating and isolating, especially if you don’t have money. Money, indeed, is her longtime partner Jason’s motive to betray Medea in this Euripides redux, and the play’s most chilling moment comes not when Medea kills her child (Euripides gave her two; Alfaro, only one) but when Jason tells Medea that he has secretly married his employer for, he insists, purely expedient reasons. The argument he gives shocks because it makes perfect economic sense.

Medea (Sabina Zuniga Varela), an accomplished seamstress, works from her a Queens home that is lent to Jason (Alex Hernandez) by a wealthy Cuban-American contractor, Pilar (the supremely confident Ada Maris), who seduces Jason and his son, Acan (the excellent child actor Benjamin Luis McCracken), with lucrative promises of future good fortune.

“Mojada” is at its best when it avoids a beat-by-beat repeat of Euripides and instead goes off on delirious tangents, which is most of the time. For example, while Medea never ventures outside her Queens home, she does meet another Latina, Luisa (Vanessa Aspillaga), a talkative Puerto Rican woman who sells churros on the street. She doesn’t stand in for Euripides’ chorus of Korinthian women; rather, she represents a third aspect of the Hispanic experience in America. Luisa enjoys automatic citizenship, Pilar had a fast-track to asylum and Medea is screwed. They’re sisters of sorts, but not when it really matters.

Alfaro merges Euripides’ Nurse and Tutor into one vivid character. Tita (Socorro Santiago) is the old woman who makes the arduous journey with Medea’s family from Michoacan, Mexico, to Queens. She’s also the caring no-nonsense voice of wisdom who stands in stark contrast to the flighty and self-serving Luisa.

Chay Yew’s direction lets these two characters dominate the early scenes of “Mojada,” and Aspillaga and Santiago together deliver nonstop comic fireworks. If ever Alfaro wants to ditch the classics and write a flat-out boulevard comedy, he will find spectacular success on Broadway. These two actresses and their stand-up material are so engaging that Medea’s story gets a very late start. Alfaro and Yew bring that tragedy into focus by going to a place Euripides never went: They give us Medea’s journey to a new, frightening country.

If a more harrowing immigrant trek from Mexico across the border and through Middle America has ever been presented on stage, I haven’t seen it. From there, Alfaro closes in on Medea’s predicament, turning her isolation into the most insane kind of claustrophobia.

The ancient Greeks made the case for killing your parents. If nothing else, Clytemnestra and Laius deserved to die. Medea’s children, on the other hand, are innocent. Her crime needs the space of a few millennia, and applying 21st-century psychology to it only muddies the drama. (Curiously, Medea is the only classic-Greek killer who gets away with her crime.) Alfaro makes sense of it in the year 2019 by having his heroine not so much escape as be transformed in Varela’s illuminating performance. 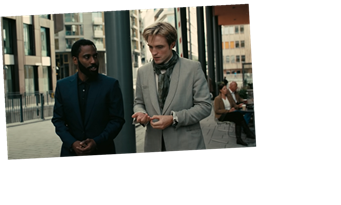 As ‘Tenet’ and ‘Mulan’ Finally Open, Studios Make It Difficult to Judge Their Box-Office Success 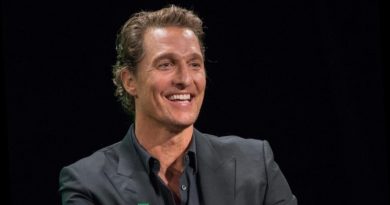 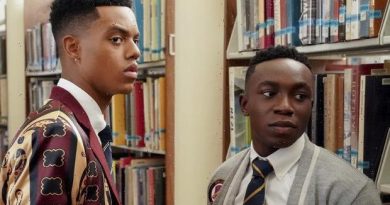 Bel-Air Emerges as Peacock's Most- Streamed Original Series to Date