MICHELLE Keegan has taken to social media to post a series of glamorous shots.

The behind the scenes snaps gave fans a sneak peek into the filming of Brassic's third series.

The 34-year-old actress,dazzled her followers on Instagram as she donned various stunning outfits.

Former Corrie actress, Michelle, gave fans an insight into the latest season of the Sky comedy-drama.

She captioned the post: "So who has watched Brassic Season 3 yet? What do you all think? #brassic @skytv."

The show was previously forced to go on a short hiatus after Michelle was exposed to the COVID-19 virus.

The star was luckily found to be clear of the virus but was forced to self-isolate in her Essex home with hubby Mark Wright.

Michelle posted the pictures to her Instagram account with cast mates as they smiled through the harsh weather.

The star wore her hair in a set of trendy plaits as she covered herself from the rain in an oversized black umbrella.

Looking incredible in a pair of knee-high onyx boots, she flashed her toned pins in a pair of orange-and-black hot pants and a white gilet, worn beneath a coordinating coat.

She was seen grinning in snaps alongside her castmates, including: Jude Riordan, Ryan Sampson, Joanna Higson, Parth Thakerar, Damien Molony,  and Aaron Heffernan.

Michelle concluded her post with an adorable photo alongside child actor Jude Riordan, while wearing her luscious locks in chunky plaits.

The exclusive snaps come after Michelle BANNED her mother from watching the first episode of the show due to her raunchy sex scenes.

“That first episode, I didn’t let my family watch until 15 minutes in, and we all know why!" laughed Michelle, in an interview with Radio Times.

“I did a family message to everyone when that episode first came out saying ‘it starts now at quarter past, so please don’t put the TV on before then, I’m not going to explain why but don’t’ and they promised me that they didn’t.”

It isn't the first time viewers of the Sky One show have seen Michelle, 34, getting hot and heavy.

The actress got jiggy with boyfriend Dylan in the cramped toilet – with co-star Damien Molony even putting her hand over her mouth during one frisky moment.

It comes after the former Corrie star told The Sun her racy loo scene was filmed moments after meeting Damien.

She said: "I literally just met Damo and then we had a sex scene in the portaloo.

"It was literally like, 'Hi, nice to meet you,' then we’re told, 'Right guys, will you go in the portaloo?' It was a confined space but it sort of worked for this scene." 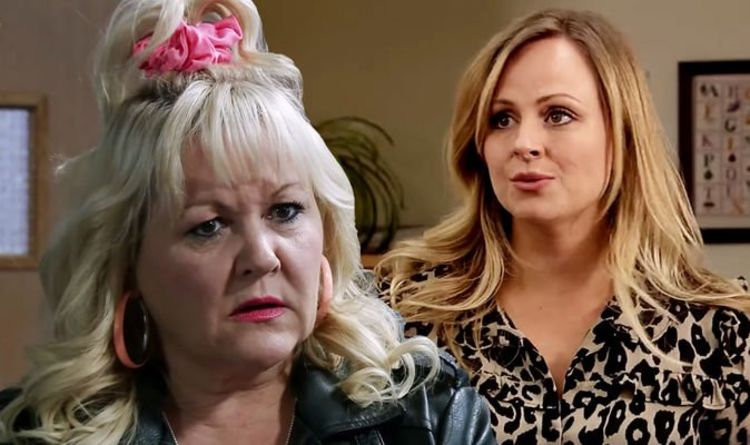 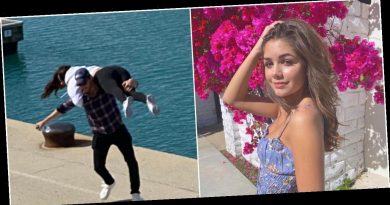