Home » TV & Movies » Marvel to Create "Mini Studio" For More Animated Disney+ Shows Like 'What If?'

Marvel Studios has conquered live-action filmmaking and has already made a significant mark on live-action television with three Disney+ shows, but now the studio is setting its sights on a realm that hews close to its illustrated comic roots: animation. According to one of Marvel’s highest-ranking executives, Victoria Alonso, the company is actually creating an entire animation branch and a “mini studio” to handle the increased output in the wake of What If?, Marvel Studios’ upcoming first foray into animation for the Disney streaming service.

Speaking at this year’s NALIP Media Summit (via Variety), Alonso revealed that Marvel Studios is gearing up for even more animated fare in the years ahead. “We’re going to have our animation branch and mini studio, and there will be more to come from that as well,” she said. “We’re super excited about animation, which is my first love.”

If you’re wondering, “Hey, wait a second: doesn’t Marvel already have an animation branch? Didn’t they release all of those direct-to-video movies like Hulk Vs. and Planet Hulk?”, you’re not alone. I had the same thought. But it turns out those films were actually made by a company called MLG Productions, which was a joint venture from Marvel and the folks at Lionsgate that was in charge of an eight-picture deal that has since been fulfilled. What If?, the animated anthology series heading to Disney+, was created by an Australian animation company called Flying Bark Productions and a Canadian company called Squeeze Animation, neither of which is owned by Marvel.

The Possibilities Are Endless

But Alonso and the rest of the team know that animation remains, in the parlance of Alexander the Great, a world the studio has yet to conquer. Her comment about there being “much more to come” in animation makes me think that the company’s ambitions are not limited to future seasons of What If?, but that Marvel intends to bring many other stories to life in that medium as well.

While the possibilities of What If? season 2 are intriguing because that show looks like a lot of fun (and, in the wake of Loki, could also have more serious multiversal implications across the MCU than we previously thought), I’m more excited about the exponential number of doors animation opens for the types of stories that can be told across the Marvel Cinematic Universe. Think of the parade of animation styles that could be introduced and deployed across different genres and eras. One of the dings against the live-action movies is that “they all look the same”; right now, the opportunity exists to bring in a myriad of visual looks and feels without having to conform to a singular look. Whether or not the studio embraces that freedom remains to be seen, but color us curious about the future of Marvel animation. 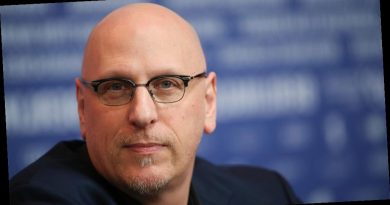 Director Oren Moverman on the Future of Movies: ‘Independent Cinema, As We Know it, Is Over’ 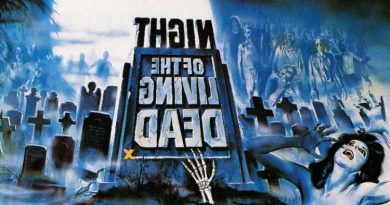 Stream 'Night of the Living Dead,' 'Paranormal Activity' and More on Paramount+ For Halloween