Phillip Schofield hit out at Spencer, a new film about Princess Diana, on Monday’s instalment of This Morning. American actress Kristen Stewart plays the late royal in the movie, which is directed by Pablo Larraín. Chatting about the new film, the ITV presenter blasted the portrayal of Diana, insisting it was a “mad fabrication” of the truth.

Phillip began: “Over the weekend I watched, I went to the movies and saw Spencer, which is a bizarre film.

“Beautifully shot, amazing acting, but as far as the show’s concerned you think I don’t see that there’s any truth in this whatsoever.

“It’s just like this mad fabrication. It paints her as being a total nutcase who talks to Anne Boleyn.

“All I could think of throughout all of this, is those poor boys,” he added. 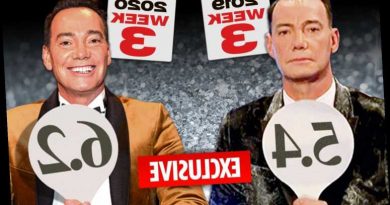