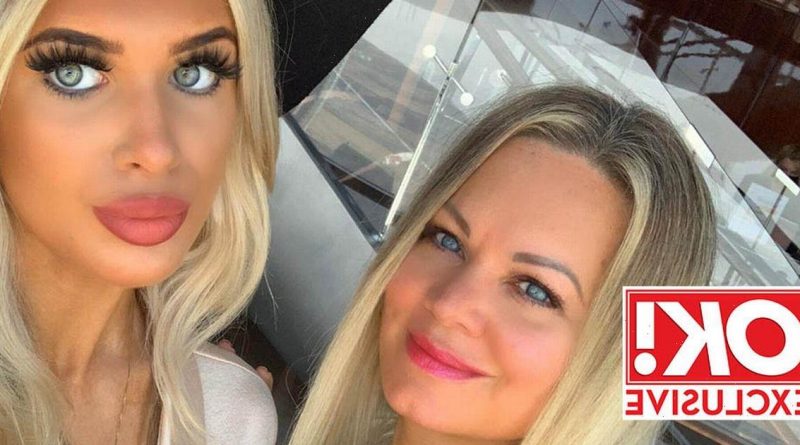 Since the show kicked off, Liberty Poole and Jake Cornish have been winning the hearts of Love Island fans up and down the nation with their romance.

Whether it’s Kem Cetinay and Amber Davies] Molly-Mae Hague and Tommy Fury or Dani Dyer and Jack Fincham – the villa always seems to have one ride or die couple that we can all count on for giving us the feels.

Now that we’re three weeks in and neither Jake or Liberty have strayed too far from one another, we think it’s safe to say that they’re this season’s solid pair.

Saying that, it’s not all been smooth sailing for ‘Jiberty’. Jake had us all worried when he opened up about wanting to get to know any new girls who came into the villa. When Millie Court walked in, the water engineer’s head was well and truly turned.

Liberty was heartbroken when Jake pulled Millie for a chat and, after a bit of straight talking on the roof terrace, she decided to put Jake on a kissing ban.

“I’ve really opened up to you, but I’m not going to sit here and watch you get to know every blonde girl that comes in so that you can test the waters to know what you’ve got,” said Liberty, laying down the law.

The penny dropped and Jake responded saying, “What’s the point of me getting to know someone else if what I’ve got with you is good?”

Since their little hiccup, the pair have gone from strength to strength. During their first date outside the villa, Jake laid his feelings for her on the table and Liberty couldn’t help but lift the kissing ban to give her beau a quick peck.

She’s since revealed that she’s “falling” for Jake and has said he’s the only guy she’s ever felt like she can be completely herself around.

Outside of their own romance, Jake and Liberty have also kept us entertained with their friendships. The bubbly star seems to have formed a lasting bond with Kaz – if we could vote for #Kiberty, believe us, we would!

Plus, Jake left us all in tears when he was sobbing over Brad McClelland’s exit. Now, that’s a bromance we’d love to see more of! Spin-off anyone?

With that in mind, we had to get in touch with Liberty’s mum, Jo, to try and get to know the loved-up Islander a little better.

Here, Jo exclusively opens up about what she really thinks of Jake, reveals whether or not she’d have him round for dinner and lifts the lid on Liberty’s romantic past…

Hi, Jo! We’ve watched Liberty and Jake go from strength to strength since coupling up in the first episode. Do you think he’s right for her?

Liberty is attracted to personality, I can see the humour Liberty and Jake share, she always sees the best in people so I believe time will tell if they are right for each other or not.

Jake’s earned himself a reputation for being a bit of a trumpet trousers and is farting on her all the time! Do you think he’s disrespectful for doing that?

I will have to let Libs be the judge of that one! [Laughs].

They’ve had a couple of little bumps in the road, but it seems like Liberty has committed to Jake. Nobody knows her better than you… have you seen her act like this before?

Liberty has only had one previous relationship. I’m happy to say she is always true to herself, whoever she is with.

It’s only natural for the Islanders to start thinking about how they’d work on the outside world. How do you think Jake would fit in with the rest of the family?

As a family we trust in Liberty’s decisions. She is a wise soul and I will continue to trust her judgement. If she is happy, then so are we. Whoever she invites home we would welcome.

There are a lot of gorgeous guys in the villa. Is there anyone you’d prefer to see Liberty coupled up with?

I think Liberty is blessed to be with such a great bunch of Islanders this year, I like them all.

Love Islandis all about putting yourself out there which does sometimes mean that people get hurt. We think it’s safe to say the nation would hate to see that happen to Liberty, but how does she usually deal with heartbreak?

Liberty is great at focusing on the positives in life whatever comes her way. She has a fantastic set of friends who are an incredible support network for her. I believe she understands it’s important to learn from all experiences, good and not so good, as it makes us who we are.

Liberty’s had a fair few memorable moments on the show already. If you could tell her one thing about what you’ve watched so far, what would it be?

Libby knows that we wouldn’t miss a second of her experience on Love Island. Her “salty lips” saying made us all laugh.

Have any celebs been in touch to say they’re a big fan of Liberty?

I know it will be a special moment when she hears that Margot Robbie is routing for her to win. Libby genuinely adores her. I may tell her Mr. Bean got in touch instead to keep her grounded!

Love Islandis a huge show that can skyrocket its contestants to fame. As a mum, did you have any doubts about Liberty going on the show? Or did you think it was a great opportunity that she shouldn’t miss out on?

I believe it’s natural as a parent to be concerned each time your child experiences something new – whatever that may be. The ITV2 team are constantly in touch with us as a family and their support has been second to none.

All the girls seem to really get on. Which of them do you think are true friends of Liberty’s?

It’s fun to watch their friendships develop. I adore that she’s such a girls’ girl and friends with them all, I’m also enjoying the close bond between Kaz and Liberty #Kiberty.

For all the latest Love Island news and gossip, sign up to OK! newsletters here. Love Island, weeknights and Sundays at 9pm on ITV2 and ITV Hub 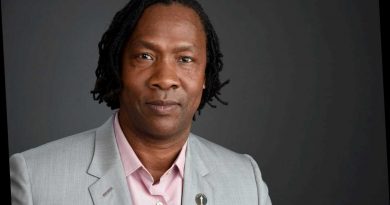 Roger Ross Williams Was the First Black Director to Win an Oscar, but the Industry Still Held Him Back 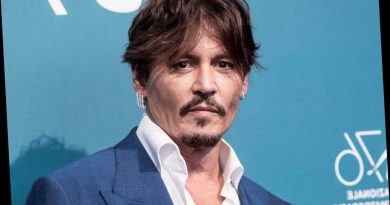 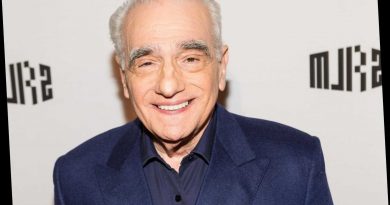 Martin Scorsese Doubles Down on ‘Irishman’ Runtime, Anna Paquin’s One Line of Dialogue