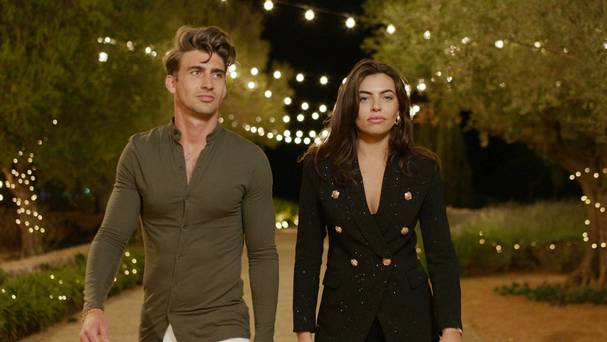 The conveyor belt that is Love Island continued to chew up contestants and spit them out at will, with obvious duo Lucie and George being the second couple ousted after Jourdan and Danny’s departure last night.

Twitter would have been consumed with posting the usual memes of Lucie and George depicted in batch loaf form, you know, if the drama involving Amy’s exit wasn’t more pressing.

For those of you into the details, behold the DUMPING CONDENSED!

Maura and Marvin voted for… Lucie and George to stay…

And, well, that was it, actually. Everyone else voted for Curtis and Amy because “the Villa wouldn’t be the same without them.” And then Amy decided to leave. A final two fingers to Lucie.

Most importantly, our precious Ovie got caught in the crossfire…

Did you see what we did, there? Seemingly there was consternation regarding whether producers were going to show Amy leaving, but then decided to air it to show that it was 100% her decision to depart the show in the wake of her “half” breakup with Curtis.

Amy leaving won’t come as a surprise to viewers considering she fell for the professional ballroom dancer, only to return from Casa Amor to hear he was willing to recouple with someone he’d had a whopping two conversations with. Despite this, she had some beautiful words for Curtis. Addressing him before she left, the air stewardess’s stunning speech put paid to the adage ‘if you love someone, set them free.’

“I want us to be best, best friends but we both need to move on and we both need to find someone that is going to make us as happy as we make them. Realistically for me, I’m not going to be ready in the next three weeks to meet someone else. Realistically for you, you will not be happy all the time here because you’ll always put me first because you’re such a good person. That’s why I love you so much and that’s why I want you to be happy. You are not going to be happy whilst I’m still here. So, I’m leaving today but it’s a positive thing because I’m going to go and start the rest of my life.”

She then fronted the Islanders to say, among other things: “Even if I had to take the last week, I would take it if it meant I could take those first four weeks over again. I want to leave in a positive way, surrounded by the people I love, like this… I love you all so much and I cannot tell you what you’ve all done for me.”

Has to be said, Ames, you’ve handled yourself with grace, dignity and like a boss; both taking control and staying true to yourself throughout. Lads, it’s called Love Island, not Fame & £50k Island.

It’s almost as if producers want us to forget the plight of past contestants by immediately filling the void with yet more willing participants. Meet the newest recruits, the 31st and 32nd this year so far.

First up is 28-year-old “business development manager” Chris Taylor from Leicester. He considers himself to be “a solid 7.2 out of 10” and – if his tattoos are any indication – is possibly traumatised by getting lost in Centre Parcs as a child. He has his eye on Maura, his celebrity crush is Kelly Brook, his biggest turn off is girls being “OTT with the makeup” (dude, you’re in the wrong place) and his claim to fame is the fact that his dad was once engaged to Denise Welch.

Secondly, we have competition for Maura in the form of 23-year-old Francesca Allen from Essex. This “clothing store manager” wants to bring the snake out of Curtis’s hips, is turned off by dodgy shoes, while her celebrity crush is specifically “Pierce Brosnan but when he’s James Bond.” She also has a peeper on Anton, but I’m not sure she’s willing to go the whole hog vis-a-vis the arse shaving, unlike Belle.

Then again, Anton was quick to get busy with the mouth spray (where does he hide it on his person; his jeans are too bet on for pockets?!) so presumably, he’s open to offers.

• The fact Ovie said during the dumping decision-making “If George goes, I’m basically on my own” says a lot about Marvin… Speaking of which; Marvin trying to crack on with Amber….? To quote Anton, “Do I back that situation? No I don’t.” Especially considering he said Amber’s figurative door is “cracked” and “damaged at the bottom.”

Amber is still hooked on Michael. But Ovie is right there, love. Riiiight there. 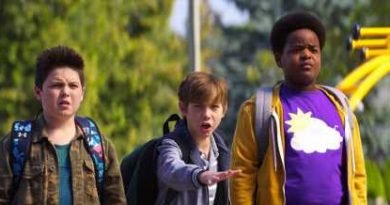 Weekend Box Office: 'Good Boys' Does Good Business, But No One Wants to Find Out Where 'Bernadette' Went 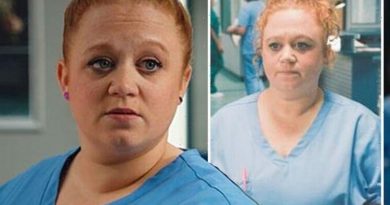