With so many years of Little People, Big World behind us, we’ve watched many members of the Roloff family grow up on our TVs. And while Matt and Amy’s drama post-divorce has been a major storyline on the show (especially in the last season), their son, Zach, and his wife, Tori, have remained fan favorites.

Zach and Tori seemingly have the perfect marriage. And they’re even getting ready to expand their family this November with another baby girl. We’re not sure if the new baby will have achondroplasia, the form of dwarfism Jackson, Zach and Tori’s 2-year-old son, and Zach both have. But it seems fans are growing concerned that Jackson may need leg surgery after this photo of the child was posted to Instagram.

Zach Roloff has dealt with health issues since childhood

Happy birthday to our sweet (not so) baby J! I can not believe I have spent 2 years of my life with this kid. It goes by way too fast. Jackson you are so confident and I have loved watching your personality develop. You are becoming so silly and always up for a good time! You are so easy going and smart. I pray that you continue to face life head on the way you do and continue to bring smiles to everyone’s faces effortlessly. I love you so much Jackson! Happy birthday! Can’t wait to see what is ahead this year! thank you to everyone who came to celebrate with us and passed along sweet notes to me! 💙 #babyjroloff #zandtpartyofthree

Those with achondroplasia typically have normal life spans, but Zach, who’s nearly 30, has dealt with his fair share of health problems over the years. In Touch Weekly reminds us Zach told Tori that he once had to have leg straightening performed on him when he was a kid. “I had to have leg straightening, so I had two casts on. Then I had to go back into surgery sophomore year of high school, they added screws to the leg,” he said.

As for their son, Jackson, he’s only dealt with minor health issues associated with his dwarfism so far — but Zach noted he and Tori have to be prepared for the challenges ahead for their family. “So I’m not going to say, ‘Oh yeah, man, I wish my kid had dwarfism. All those struggles he’s going to go through? Heck yeah! Can’t wait!’” Zach mentioned. He then added, however, that those of average height “have issues, too,” so he doesn’t wish Jackson didn’t have achondroplasia, either.

He’s currently dealing with back problems that had his wife, Tori, concerned

So proud of this guy. He’s been working so hard on his health and back so he’s able to keep playing soccer! Jackson has the best role model ever. Zachary took silver in the annual DAAA soccer tournament here in San Francisco! He played and also helped run the tournament. I was so proud watching him interact with players and parents while also playing! Congrats to Zach and the rest of his team!! ⚽️ #zandtpartyofthree #babyjroloff

Last season on Little People, Big World, we saw Zach dealing with serious back pain — and it made Tori extremely worried for his health. “There’s like a tightness to my thighs, there’s a weakness in my knees. Something’s not going right,” PopCulture notes Zach said on the show. Ultimately, doctors diagnosed him with a degenerative disc disease that caused spinal narrowing. As Tori also mentioned, “I am scared. That’s the worst case scenario in my head for him to have surgery. I’m trying really hard not to panic.”

The good news is that Zach seems to be getting the help he needs for his back. As he posted to Instagram, “So if you’ve been following the story on LPBW, I had a back injury back in October (herniated disc) and this past week after months of physical therapy (thanks to @atipt Hillsboro and my pt Kaitlin) I was able to get back on the field and play.” Tori and Amy Roloff also posted to their own Instagrams about Zach’s healing back, too.

Jackson Roloff is definitely one of the most adorable members of the Roloff family, and Zach and Tori do everything they can to ensure he lives a happy and healthy life as a child with achondroplasia. Unfortunately, this one photo of the 2-year-old posted to Matt Roloff’s Instagram had many fans concerned that the child may need the same leg straightening surgery Zach had as a youth.

“Looks like it might be time to consider leg straightening. His ankle looks broken its so bent in. That cant be comfortable for him [sic],” one fan commented on the photo. Another added, “I noticed for a while that his legs are getting more and more curved.”

We’re sure Zach and Tori ultimately know what’s best for their son. Even if Jackson does need procedures due to his achondroplasia, his amazing family will be there for him every step of the way. 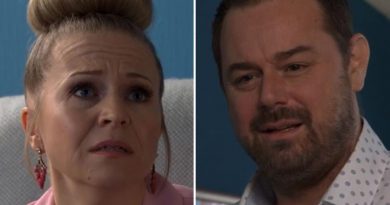 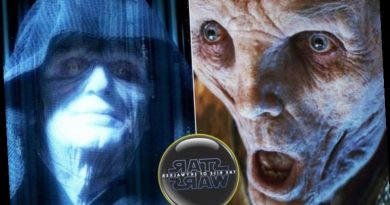 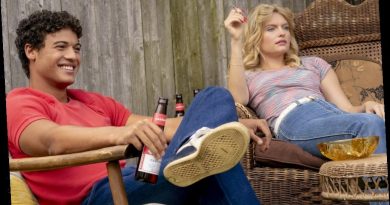