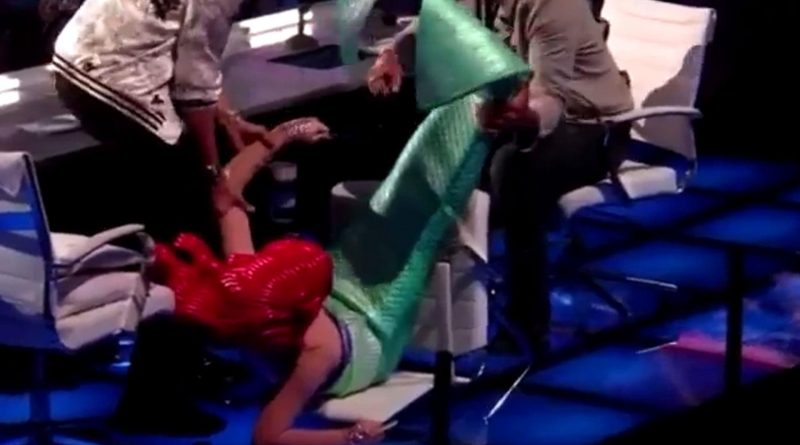 KATY Perry fell out of her chair on last night’s American Idol while dressed as Ariel from The Little Mermaid.

The 37-year-old looked incredible in the tail but struggled to move in the costume for Disney night on the show. 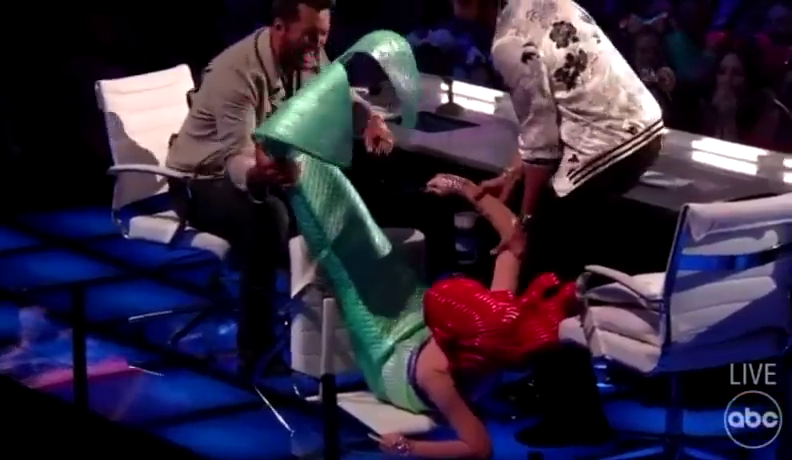 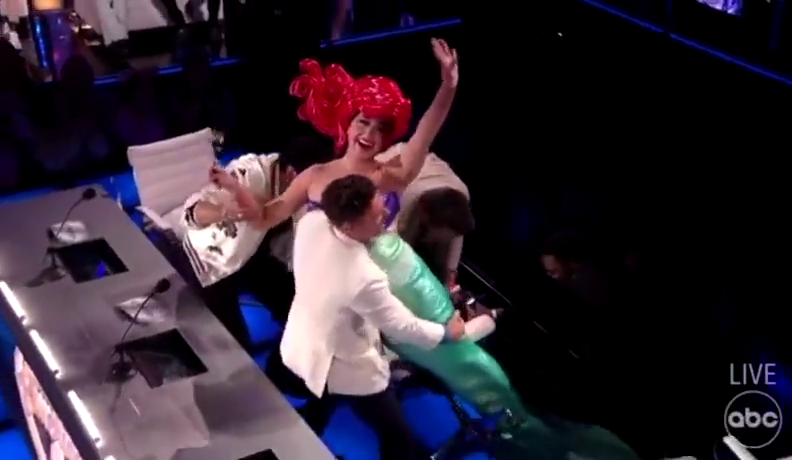 And at one point Katy completely collapsed on the floor – leaving her co-hosts Lionel Richie, 72, and Luke Bryan, 45, gobsmacked.

Host Ryan Seacrest, 47, rushed off the stage to try and help her back up.

As they managed to get her on the seat, Ryan asked: “Are you okay? Are you alright?”

She replied “yes” as they audience erupted into cheers. 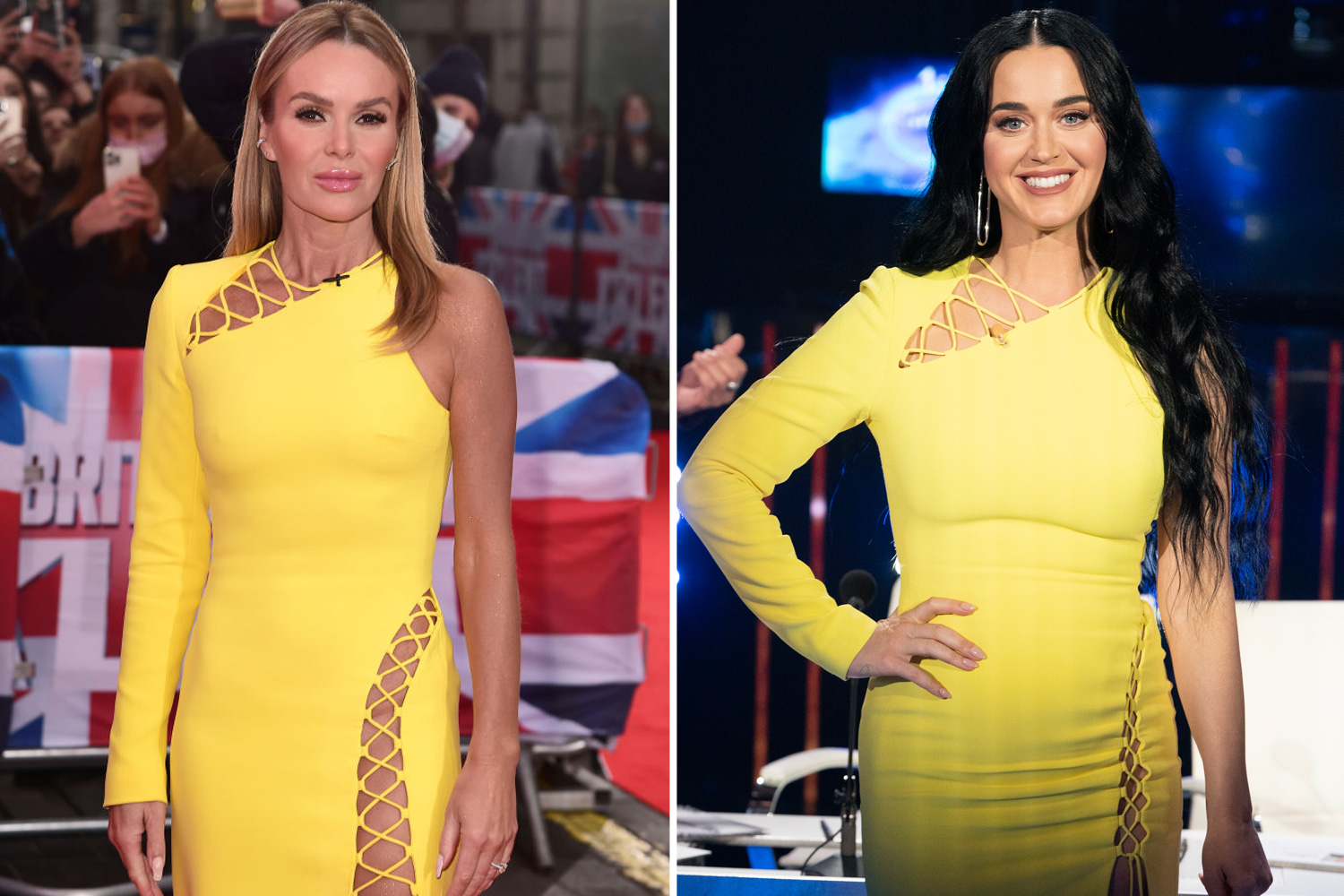 Those watching at home found the whole thing very funny and took to Twitter to comment on it.

One person tweeted: “Not Katy falling off the chair hahahahaha #AmericanIdol.”

A second commented: “Luke just dying of laughter while Ryan freaks out and Lionel goes to help her my gosh 😂😂😂 poor Katy 😪 #AmericanIdol #Idol.”

And a third remarked: “Katy the Mermaid fell off of her seat!#AmericanIdol #DisneyNight.”

Earlier this season, Katy hit headlines after her trousers split wide open during a live performance of her hit 2009 song Teenage Dream on the show.

As Katy sang the "skintight jeans" portion of the song, a rip was audible as she bent down crooning.

"They busted," Luke, yelled, while the contestants started to laugh and pointed and a show logo covered up the evidence.

"The concert is officially over!" added Lionel.

Katy then begged for assistance, cutting the song short and asking "can I get some tape – some gaffer tape?"

In classic carefree Katy fashion, the star then remained bent over the judge's table as crew as well as Luke began taping up her red pants with yellow tape.

Katy then continued on with the show as a large yellow T of tape could be seen across her rear end. 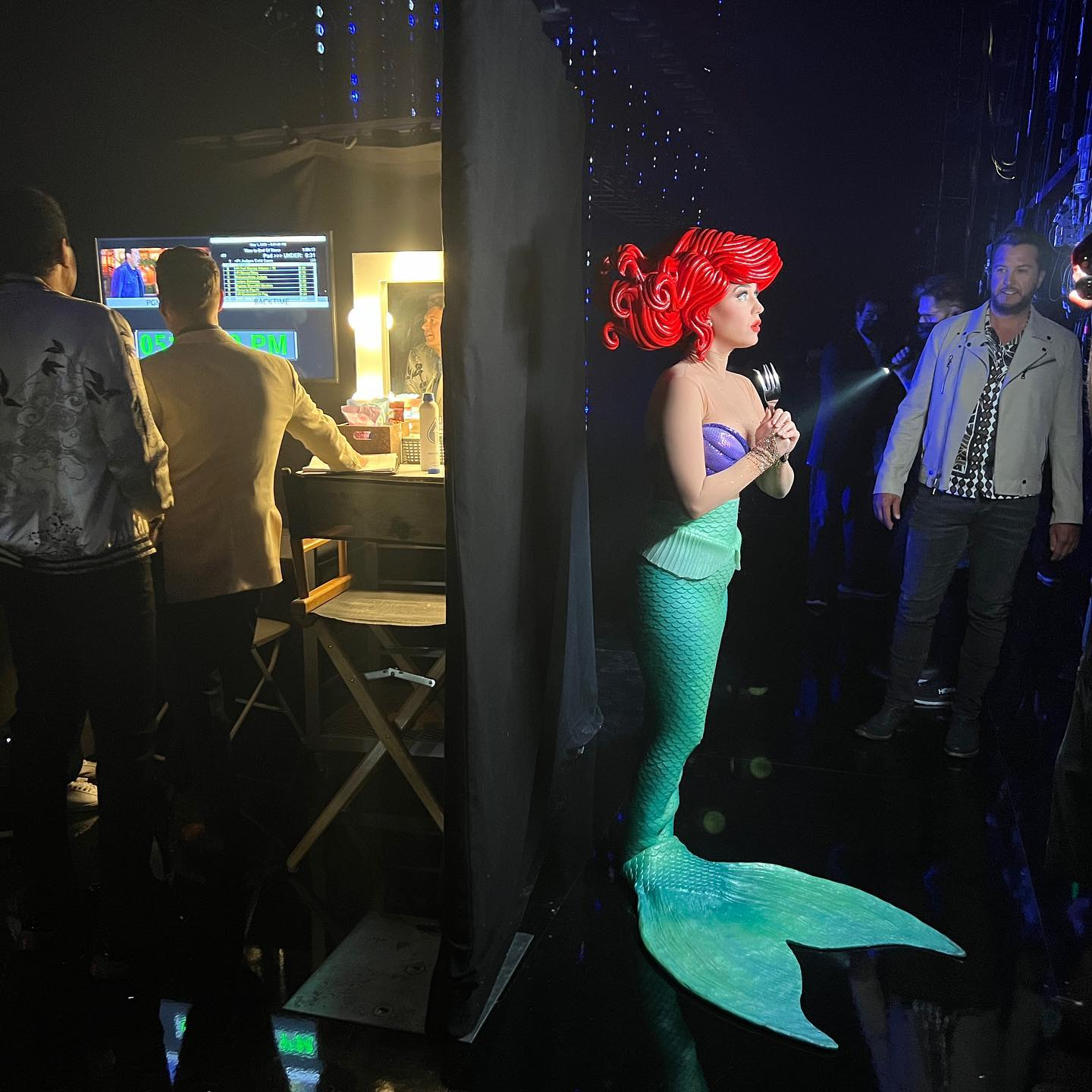 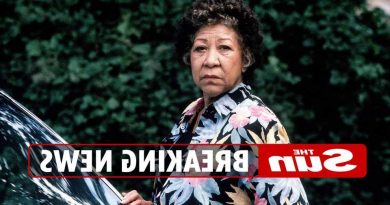