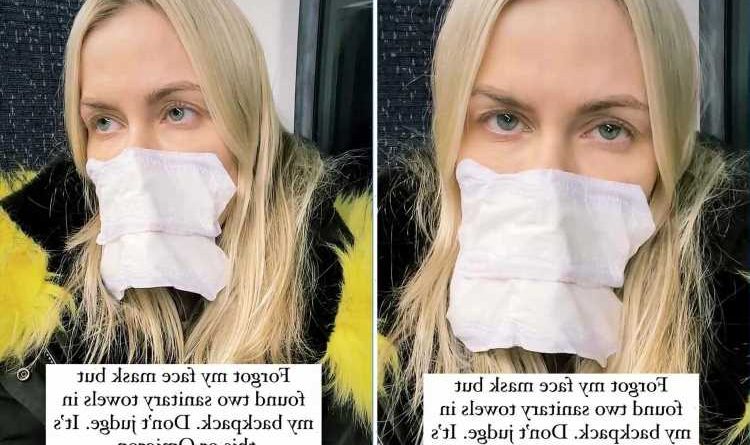 KATE Lawler has left fans in hysterics by sticking two sanitary towels together to make a facemask after accidentally leaving hers at home.

The TV personality took to social media with a video of her creative invention as she joked it was "this or Omicron" as she filmed herself on the train. 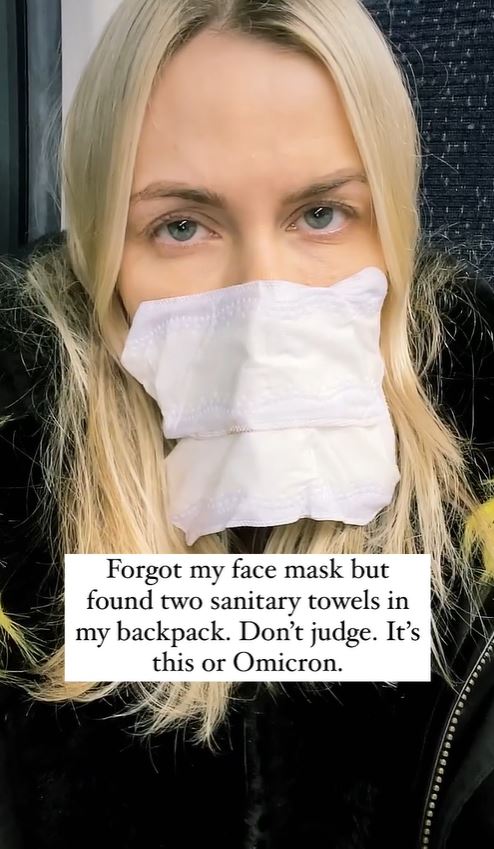 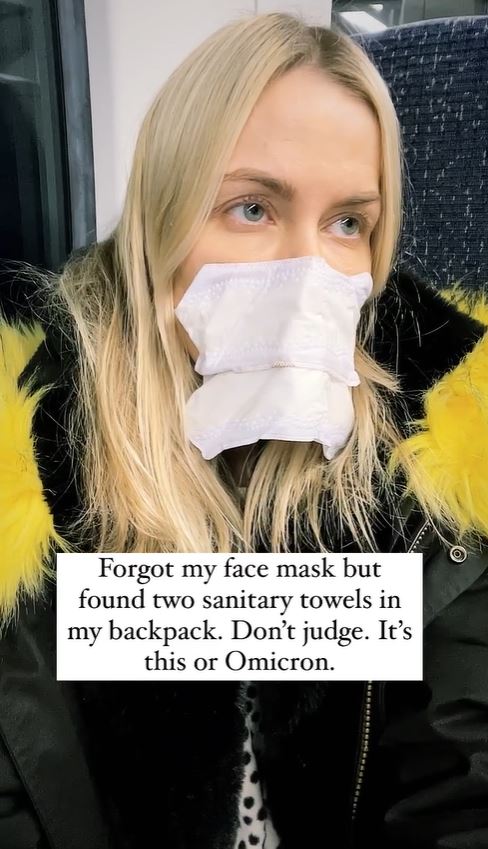 Kate, 41, took to Instagram with clips from her train journey, where she was forced to use two sanitary pads stuck together to cover her nose and mouth.

The video saw the mother-of-one staring blankly into the camera as she zoomed in on her eyes, telling her followers not to "judge" her.

"Forgot my facemask but found two sanitary towels in my backpack," she wrote over the hilarious clip. "Don't judge. It's this or Omicron."

Kate continued in the caption: "If you’d have told me in January 2020 that in two years from now, I’d stick two sanitary towels on my face to create a makeshift mask while on the train, I’d have thought you were drunk."

Her friends and fans were left laughing by the video, with TV personality Lauren Pope kicking off the comments with a series of laughing emojis.

DJ Ashley James chimed in with further emojis, while Big Brother star Narinder Kaur chimed in: "I just died. Stick your coat over your mouth?"

It comes shortly after the new mum took time out from social media last year because she wasn’t “feeling herself” after the birth.

Sharing a picture of herself alongside her fiance Martin “Boj” Bojtos, the 41-year-old told her followers: “I’m sorry for not posting for a while.

“When I’m not feeling myself, it’s better if I don’t do stories. Thank you so much all your messages, I’m okay.”

Frankie Bridge wows in a pink bikini on Caribbean holiday

Kate welcomed her daughter in February of this  year and  has  won  praise  for her open and honest account of motherhood.

The radio presenter  previously said she went to the “darkest place” she’d ever been to during the first eight weeks of motherhood and that she ended up resenting Boj for wanting a baby.

She previously told Fabulous magazine: “He really wanted to be a dad and there was a little bit of worry there for him in the beginning, thinking that he’d made me do this. Like: ‘Goodness, she’s going to blame me for this…’

“And yeah, I definitely had thoughts of resentment, moments where I thought to myself: ‘Why did I let him convince me this would be a good idea?

“Why did we do this? Why did I do this? I kept asking him if he’d known it would be this hard? Did he think it would be as bad?

“There were times where I could tell he felt broken too, and I felt like he hated me because I was being so down.

“And I was afraid to tell him how depressed I was. Having a baby really does put pressure on your relationship.

“But thankfully Boj is nothing like me! He’s so calm and he’s got more patience. He has been my rock.”

Kate got engaged to her partner in 2018 – and the pair plan to wed next year after being delayed by the coronavirus pandemic. 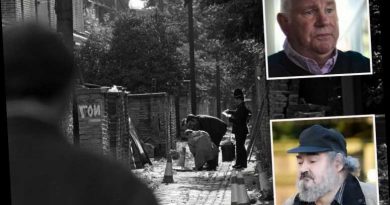 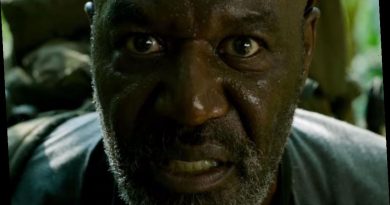