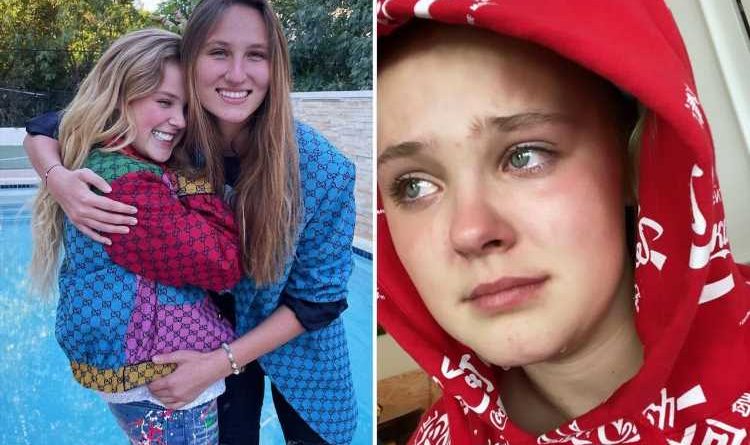 JOJO Siwa confirmed that her and girlfriend Kylie Prew "broke up" after nearly one year together.

The Dancing With the Stars contestant made the annoucement on Tuesday during an appearance on Paris Hilton's podcast, This Is Paris. 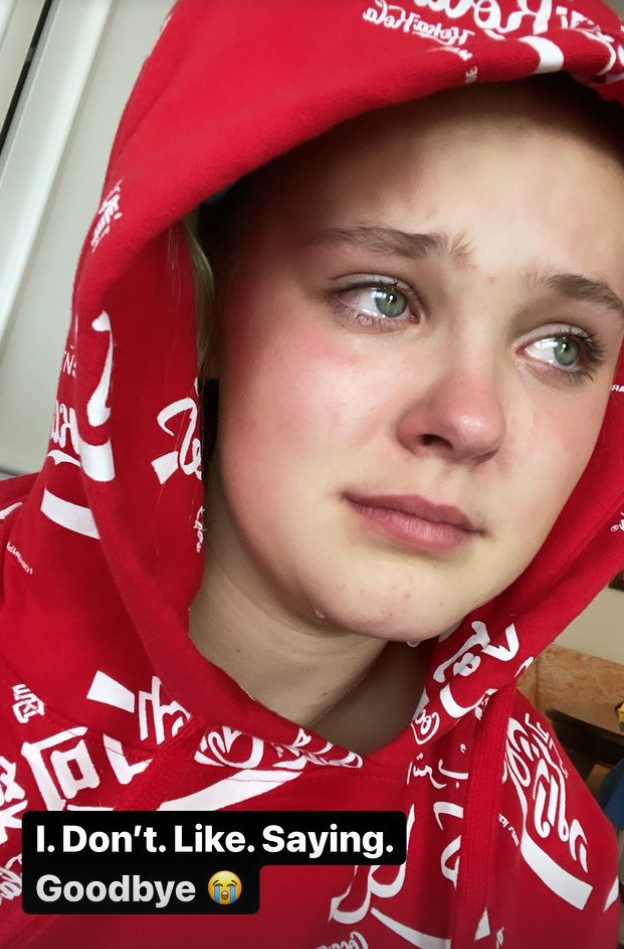 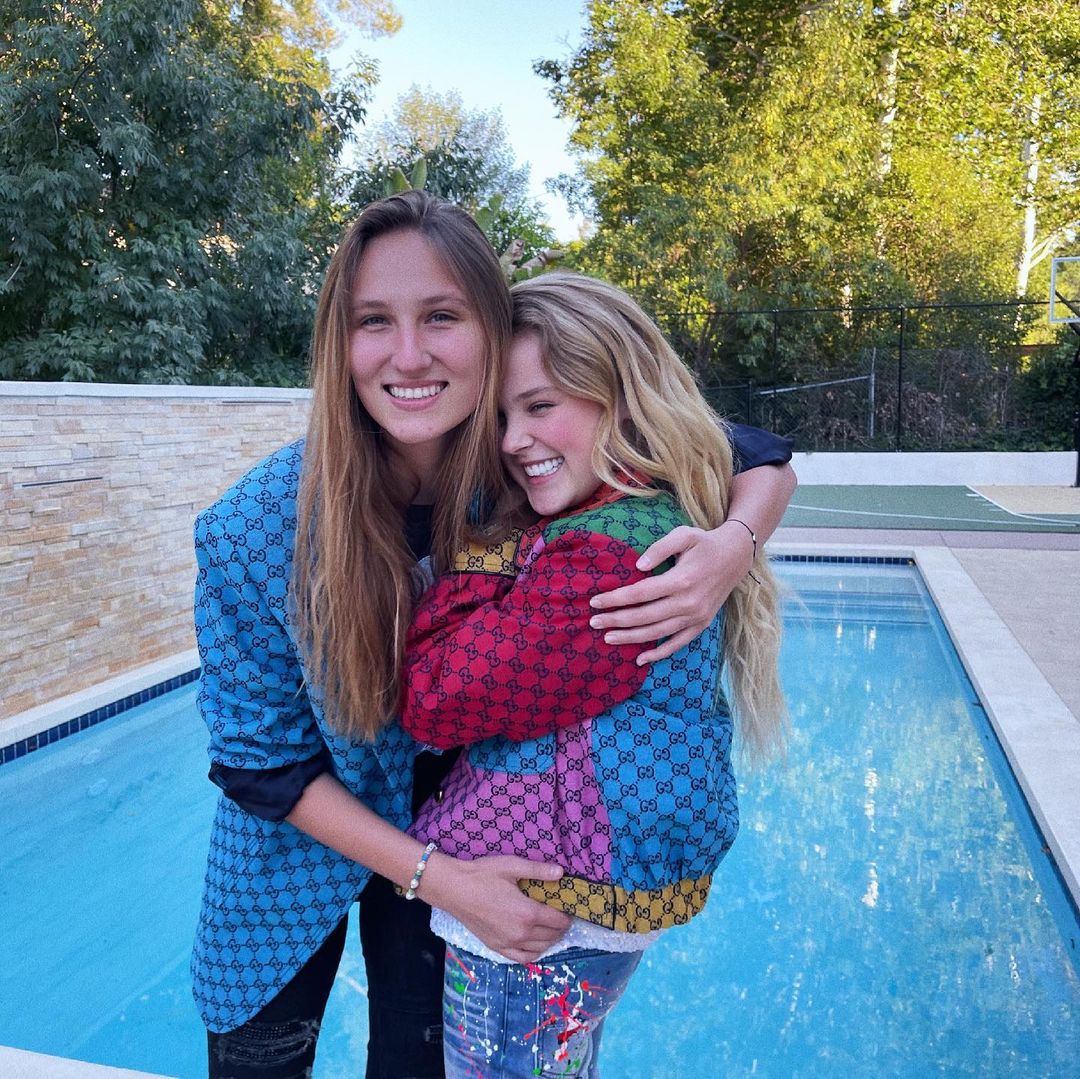 "I have yet to talk about this officially, publicly, but we broke up," the singer revealed, noting that the split was due to her "hectic schedule."

The pair sparked split speculation in recent weeks by not posting together and sharing cryptic quotes on social media.

Last month, a source exclusively claimed to The Sun: “They split. Kylie became jealous of the relationship JoJo has fostered with Jenna. JoJo is a mess.”

The insider claimed JoJo’s “busy” schedule also led to the break up.

The source continued to allege: “I think JoJo has always been a workhorse, but having a relationship and trying to keep up with a massive star schedule – it’s a challenge.”

Reps for JoJo did not respond to The Sun's request for comment.

JoJo revealed her relationship with Kylie in February 2021 after the two met on a cruise ship and were friends for a year before dating in January.

The former Dance Moms star sparked split speculation last month when she posted on Instagram: “This has been a WEEK. My brain has never been so overwhelmed/overloaded with not only work but also personal life. A litttttle inside at the work side of this week!…”

In a recent interview with People, JoJo cryptically said: “I struggle when anything is new, and I went through something that was new and I have never gone through before. It was tough and it is still tough. I cried about it last night and I’m probably gonna cry about it tonight because I’m 18 and I’m missing a piece of me that is the biggest piece of me, and that’s okay.”

She has also praised her Dancing With the Stars partner Jenna, 27, over the weeks, as she hasn't mentioned Kylie.

JoJo captioned a photo holding Jenna's hands on stage: "Tomorrow Somehow I’ve smiled the most ever this week, while also setting my crying record. Being on @dancingabc with @jennajohnson has been more than a dream come true. It’s unexplainable the joy and happiness that I feel while on set.

“Thank you Jenna for being the best partner In the entire world. This journey would be SO different without you. I’m so thankful for everything that you put into our dances ever single week. Somehow they get better and better each week! Also thank you for being my best friend. Thank you for making me laugh, smile, plank, say ‘oh,’ try things I would neverrrr try, and so much more! You’re the literal best.”

Another Instagram post read: “I’m SO so so appreciative for @jennajohnson for not only being the best mentor/pro for the last 7 weeks, but also being the best friend. I’ve been through thick and thicker in the last few weeks and she’s been there for me every second that I need her to be!! This show would not be the same with anyone else!

“Tonight we shared the story of OUR friendship that we’ve gained over the last few weeks and I couldn’t be happier. This dance and this moment is something that I will cherish forever and EVER!!!!!!! I cried in the beginning, middle, and end of this performance."

JoJo has not posted or mentioned Kylie on social media in recent weeks.

As for Kylie, she posted a quote on her Instagram Story earlier last month that read: "Love yourself a little extra right now. You’re evolving, learning, healing, growing and discovering yourself all at once.”

Kylie has not attended any of JoJo’s DWTS shows and hasn’t posted support for her on social media.

JoJo’s last photo with Kylie was posted on September 25 with the caption: “Happy daughters day to our sweeeet little pup:)!!” 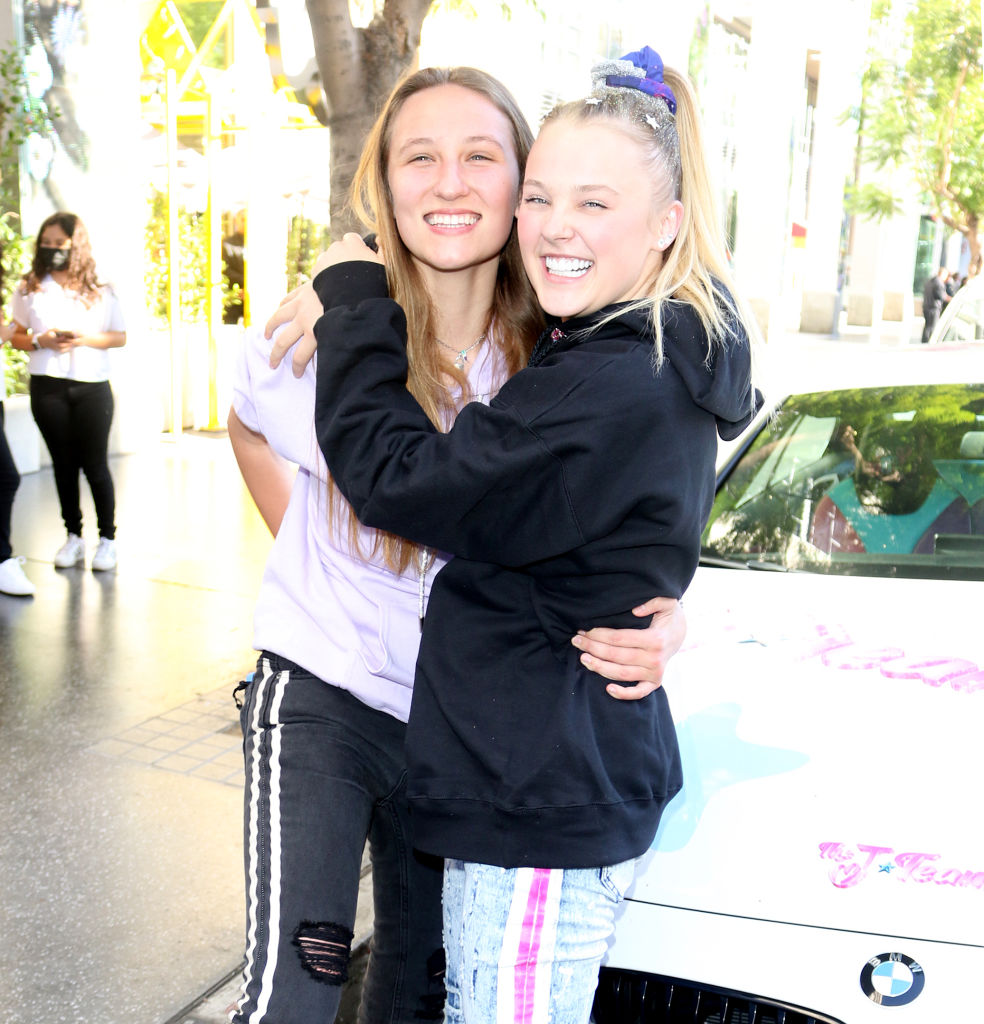 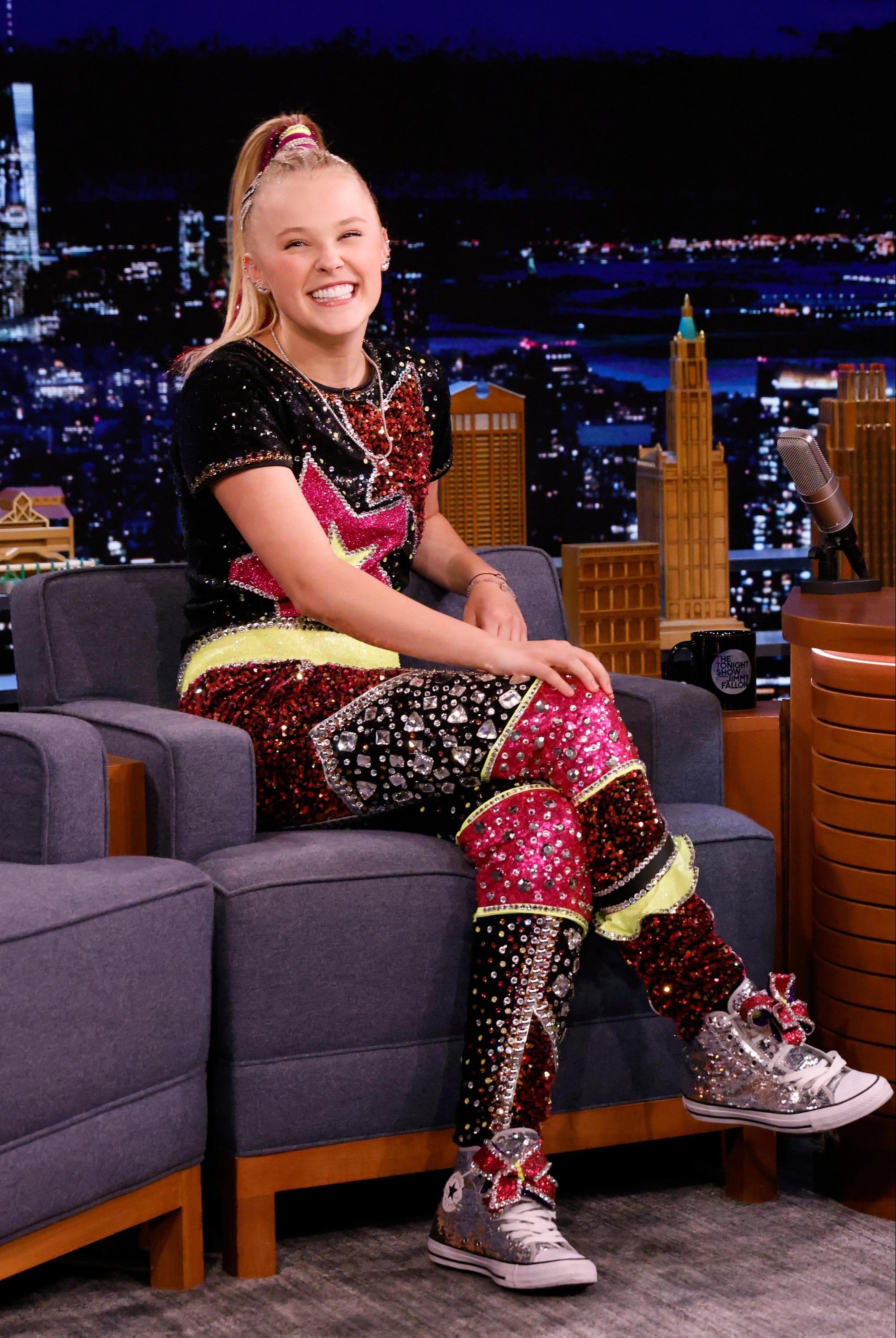 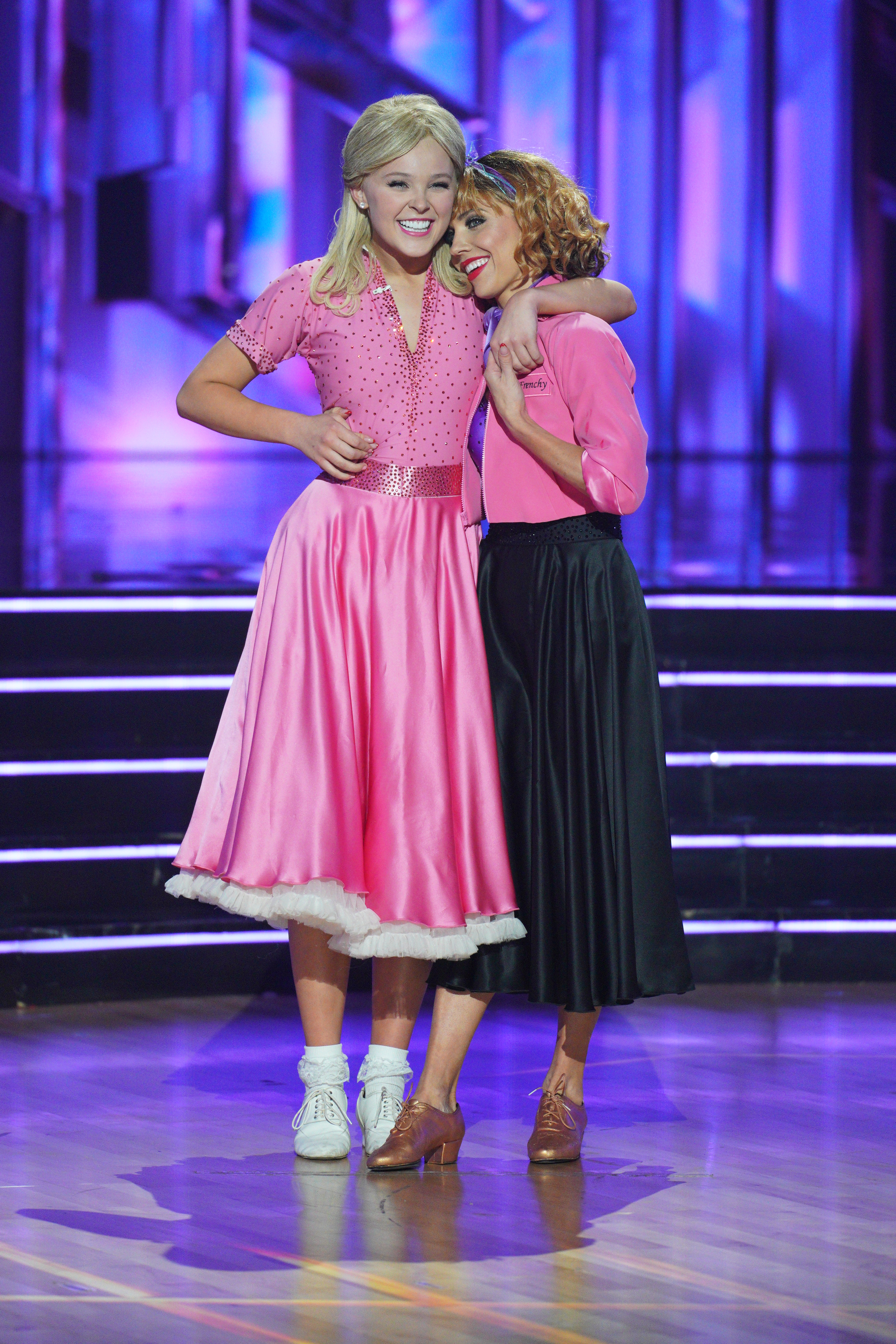 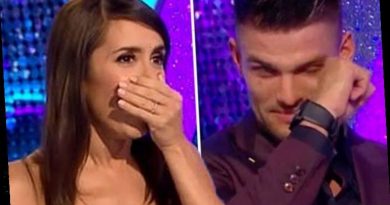 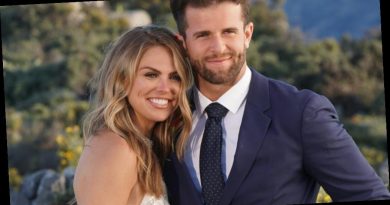 ‘The Bachelorette’: Hannah Brown Gets Real About the Jed Wyatt Engagement on Instagram and It’ll Hit You Right in the Feels 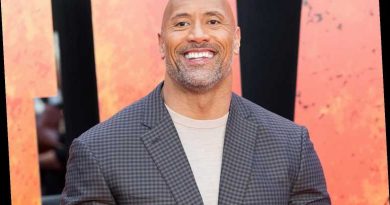 Dwayne Johnson Says Tim Burton Considered Him to Play Willy Wonka: 'Sure Meant a Helluva Lot to Me'