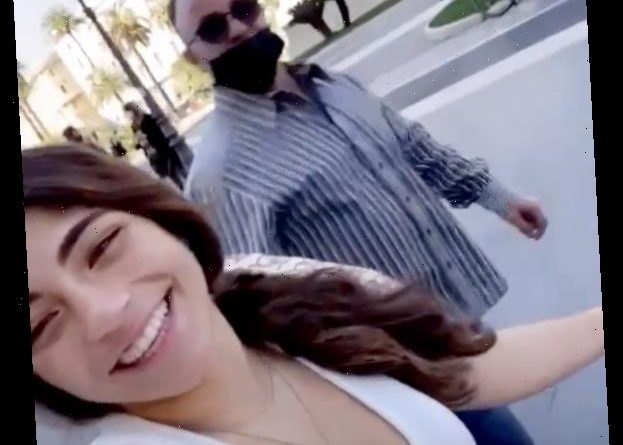 Milania and Gia Giudice have reunited with Joe Giudice in Italy, seeing their dad in person for the first time in almost a year.

The sisters both documented the trip on their respective social media pages on Friday, with Milania sharing a photo of her and her dad together in Rome.

"happy to be back," the 15-year-old captioned the shot, also sharing several videos of the trio on her Instagram Story. Gia, the eldest of Joe and Teresa Giudice's four daughters, posted a video on her Story, filming Joe as he unloaded their suitcases from the car. "Say hi Dad!" Gia, 19, prompted as he climbed into the car. "I'm so excited they have arrived," Joe, 49, added on his own Instagram page.

In addition to Milania and Gia, exes Joe and Teresa, 48, share 11-year-old Audriana and 16-year-old Gabriella, both of whom are at home with their mom in New Jersey. PEOPLE exclusively confirmed in December 2019 that Joe and Teresa had come to a mutual decision to separate after 20 years of marriage, and they finalized their divorce this past September. They had been living apart since March 2016, when Joe began his 41-month prison sentence for mail, wire and bankruptcy fraud. Teresa served a little over 11 months in prison for the same crimes and was released in December 2015.

Though Joe was released in March 2019, he was transferred into custody of Immigration and Customs Enforcement in Pennsylvania as he fought to appeal a judge's order to deport him to Italy. (He had lived in the United States since he was a child but never obtained American citizenship.) Two appeals have been denied, and one is still pending. Joe eventually requested to go to Italy to await the final appeal, where he currently lives.

The Giudice family reunited in Italy in November 2019. The following month, the four girls returned to the country to spend Christmas with their dad.

They were supposed to fly back this past April to celebrate Easter with him, but the trip was canceled due to the COVID-19 outbreak.

Speaking to E! News in October, Joe shared his excitement about this month's reunion with his daughters.

"I'm excited," he said. "It would be nice if all four came, but the little one's got dance and Gabriella is very on top of her game, she doesn't like to miss anything. Which is understandable."

Joe said he "FaceTimes with them all the time," adding, "It is what it is … We want to set something up for Christmas, we're talking maybe meeting at an island. Hopefully everything opens up."

The dad of four also told the outlet that he and Teresa, who were childhood sweethearts, are "doing our best" co-parenting the girls.

"I've known Teresa since she was born. My father drove her father to the hospital and she was born," he said. "Their family was from my town over here, where I was born, and her parents knew my parents when they were in the old country here so we go back a long way. I can't get mad at her. She's the mother of my four daughters and she's taking care of them right now because obviously I can't."

"What am I going to do, have the kids move here to a country that they don't even know the language? That would be a disaster. That'll be even worse," Joe added. "So the only thing we can do is try to make things the best we can. It's a shame what they had to go through, those kids. Thank God they're tough kids but it's still a damn shame. At the end of the day, you know, we're doing our best." 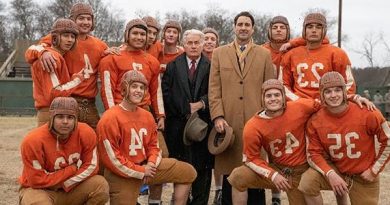 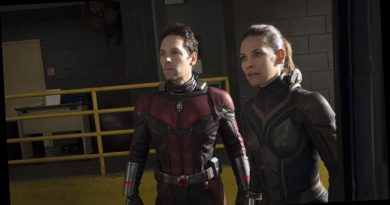 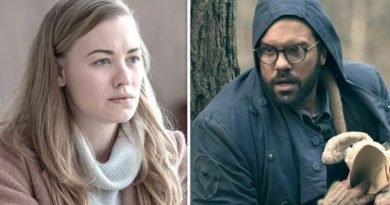