Superhero films aren’t the kind of movies one necessarily associates with major international film festivals, but that could soon change thanks to Warner Bros.’ upcoming fall tentpole “Joker.” A new report from Deadline says the Joaquin Phoenix-starring comic book drama could be heading to the Venice Film Festival, the event most associated with the kickoff to the fall awards season. Sources tell Deadline “Joker” is sitting out Comic-Con (reports have already hit that Warner Bros. is skipping this year) in “favor of a fall springboard which might just be Venice.”

Warner Bros. has often used the Venice Film Festival to launch its Oscar contenders. Last year, the studio brought Lady Gaga and Bradley Cooper to the Lido for the headline-making world premiere of “A Star Is Born.” The music drama was a big hit at the festival and went on to earn eight Academy Award nominations, including Best Picture, Best Actor for Cooper, and Best Actress for Gaga. The studio had similar success world premiering Alfonso Cuarón’s “Gravity” at the 2013 festival. The space drama opened Venice and went on to earn 10 Oscar nominations and seven wins, including Cuarón for Best Director.

Phoenix is also a staple of the Venice Film Festival, having most recently attended in 2018 for the world premiere of Jacques Audiard’s “The Sisters Brothers.” Phoenix won the festival’s Best Actor Volpi Cup in 2012 for his leading turn in Paul Thomas Anderson’s “The Master.”

With a Venice Film Festival launch for “Joker,” Warner Bros. could be positioning Phoenix’s performance as the infamous Batman villain for awards consideration. It’s not a stretch given Phoenix is a three-time Oscar nominee (“The Master,” “Walk the Line,” and “Gladiator”) and one of the most respected actors of his generation. The role is also already an Oscar-winning one thanks to Heath Ledger’s turn as the Joker in Christopher Nolan’s “The Dark Knight.” Superhero films broke through with the Academy in a big way earlier this year thanks to “Black Panther,” which became the first comic book movie nominated for Best Picture. “Black Panther,” nominated for seven Oscars, won three prizes.

Warner Bros. is releasing “Joker” in theaters nationwide October 4. The studio also has the awards contender “The Goldfinch” arriving in theaters this fall. IndieWire has reached out to Warner Bros. for further comment. 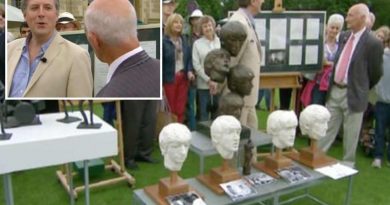 Antiques Roadshow guest gasps 'I need to tell my insurer!' as he learns jaw-dropping truth behind Beatles memorabilia 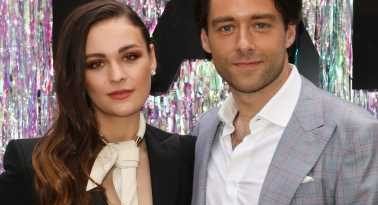 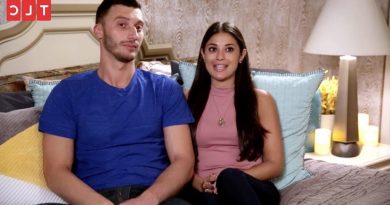