Tim Burton has teamed up with Netflix for the first time he has ever directed a television series in his prolific filmmaking career. For his new interpretation of the Addams Family, scream queen Jenna Ortega stars as cynical gothic teen Wednesday, who remembered some of the biggest challenges of working with the Corpse Bride and Edward Scissorhands auteur.

Wednesday’s lead actress Jenna revealed she and director Tim took several hours to get the look of her hair just right for their new series.

After terrorising her classmates, Wednesday is sent to Nevermore Academy where she might learn how to fit in with its equally kooky students.

However, Jenna struggled to find her place within the series as she admitted it took some time to settle into her performance.

“I don’t think I really, truly felt like the character until the first day of shooting,” she said.

Unfortunately, it took a while for Tim and the hair and wardrobe teams to settle on the perfect outfit and hairstyle combination, which made the actress’s behind-the-scenes experience rather arduous.

Jenna explained to Netflix: “The team wanted to do something different for Wednesday, so they gave me a fringe when we were doing testing.

“At first, the bangs were pointed, and my braids were longer. Throughout the entire series, the back of my neck is shaved so that the hairline is perfect.”

While previous incarnations of Wednesday stick with a simple braided look, Tim wanted to mix things up for Jenna’s slightly older portrayal.

“He actually got the hairdresser’s comb and put my fringe in the exact placement that he wanted, and then he had them spray it.

“For the rest of the week, my hair was in that exact position. That was a little stressful, but we got there and I’m actually very, very comfortable with the look.”

Thankfully, Jenna and the team eventually managed to achieve the director’s perfect vision for the character, and Wednesday has returned with even more goth glamour than ever for Netflix’s prestige new drama.

Even so, her deceptively simple look still took a lot of time to piece together before filming even once her hairstyle had been decided upon.

“It became second nature,” Jenna said. “Two braids are a lot more difficult than you would think.

mind, spirit,’ because she thought that would help create a perfect braid, and sometimes it did, and that was our little mantra in the mornings.”

Tim directs Jenna in four out of Wednesday’s eight episodes, so fans of his unique and spooky style won’t want to miss out on his first foray onto the small screen this week. 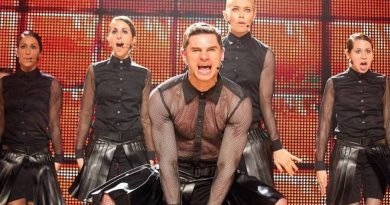 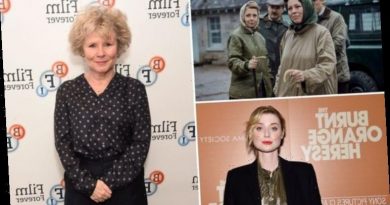 The Crown season 5 release date: Will there be another series?