Piers Morgan, 53, and Alex, 38, were caught up in an awkward spat earlier this week on Good Morning Britain, which led the weatherman to storm off the set.

Today’s edition of the ITV news programme saw the presenters, including Susanna Reid, 48, and Charlotte Hawkins, 44, discuss the use of papooses to carry a baby and whether men should wear them.

Offering a controversial opinion of the matter, Piers remarked: “You would never have sex with a man again if he showed up wearing one of these.

“Dads should just do what I did, which is carry them with your own arms or your own shoulders, be a man. What is happening to the men of the world, it makes them look utterly ridiculous!”

Piers continued: “I have a theory that once you wear one of these ridiculous papooses, no man ever gets laid again.”

Alex held a different view however and when asked by Susanna about his opinion, he replied: “I did wear a papoose, I love it.

“I was a modern man, I used to wear the papoose and do some housework and help out,” he continued, before turning to Piers and joking: “Some stuff you would never have done.”

Carrying on the humorous dispute between the pair, Piers took a swipe at the weather presenter, saying: “You are absolutely right, there is the prime example of what I am talking about.

“If this is the future of mankind then we are dead,” Piers remarked, but Susanna stood up for Alex.

“Alex in a papoose is most women’s idea of a Love God,” the host opined, to which Alex exclaimed: “He’s going to hate me even more now.” 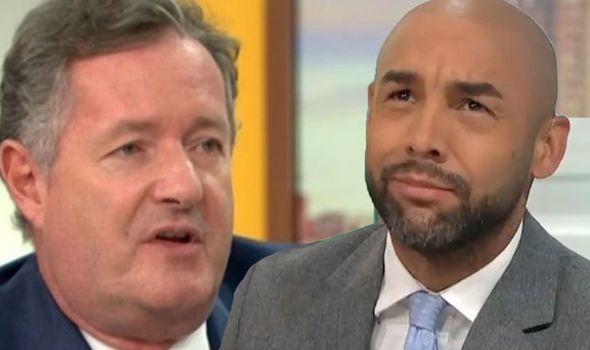 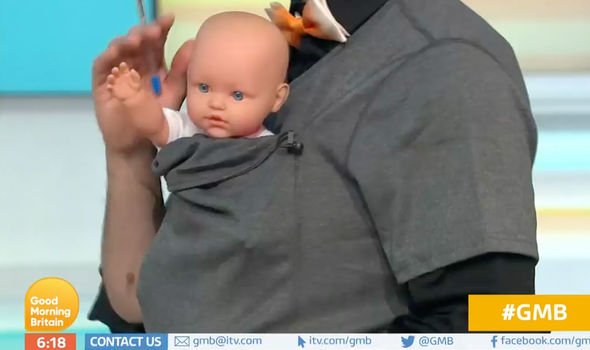 Very hard to hate you even more

Taking yet another swipe at Alex, Piers quipped: “It’s very hard to hate you even more, pathetic. Every woman I have talked to about this secretly agrees with me.

“It’s nice for daddy to take the baby for a bit, but they’d rather daddy used his arms like a real man.”

Given a baby doll to demonstrate his ideal way of holding a child, Piers explained: “This is perfectly secure, in my burly arms.

“Babies feel secure in a man’s arms,” Piers continued, to which Alex replied: “What happened to your arms then? You’ve got bingo wings.”

Although the two men were disputing the issue, it seems the moment was all for laughs as the panel were left in hysterics. 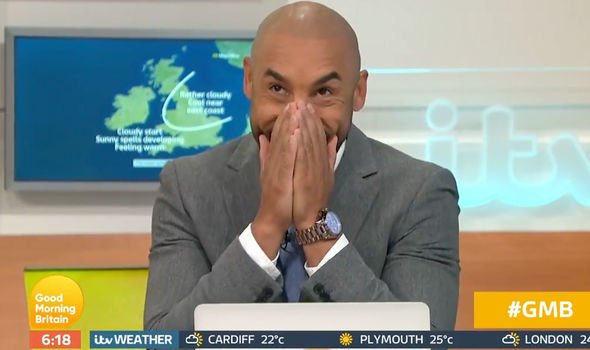 Also on this morning’s show, Piers and Susanna were joined by SAS: Who Dare Wins star Ant Middleton, 38.

Revelling in his victory, Piers told Ant: “There was only one winner and it wasn’t you,” to which Susanna remarked: “He’s going to tell you how to bounce back from failure.”

Ant told the host: “I’m humble in defeat Piers,” with Susanna adding: “Shall we actually hear from our guest Piers instead of you gloating?”

On yesterday’s show, Piers criticised Prince Harry and Meghan Markle over tax payers paying for the renovations on their latest property developments. 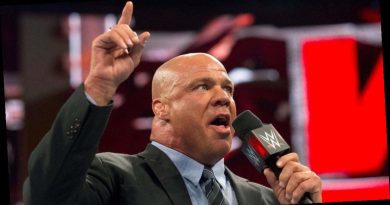 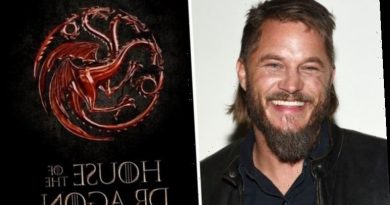 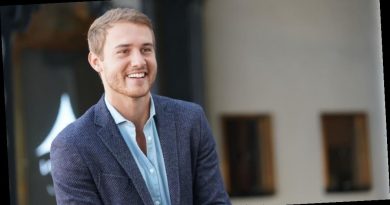