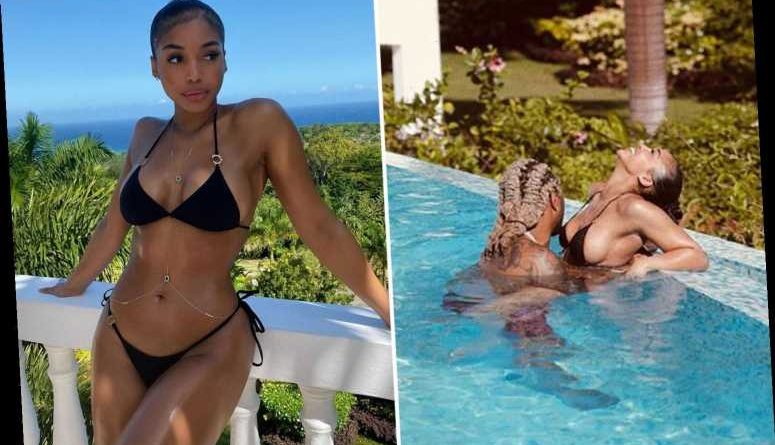 She may have been charged with two misdemeanors, but that didn't stop Lori Harvey from celebrating her 23rd birthday in style.

The stepdaughter of Steve Harvey enjoyed a lavish party in Monteqo Bay with her family and friends and didn't seem overly bothered about her recent hit and run drama. 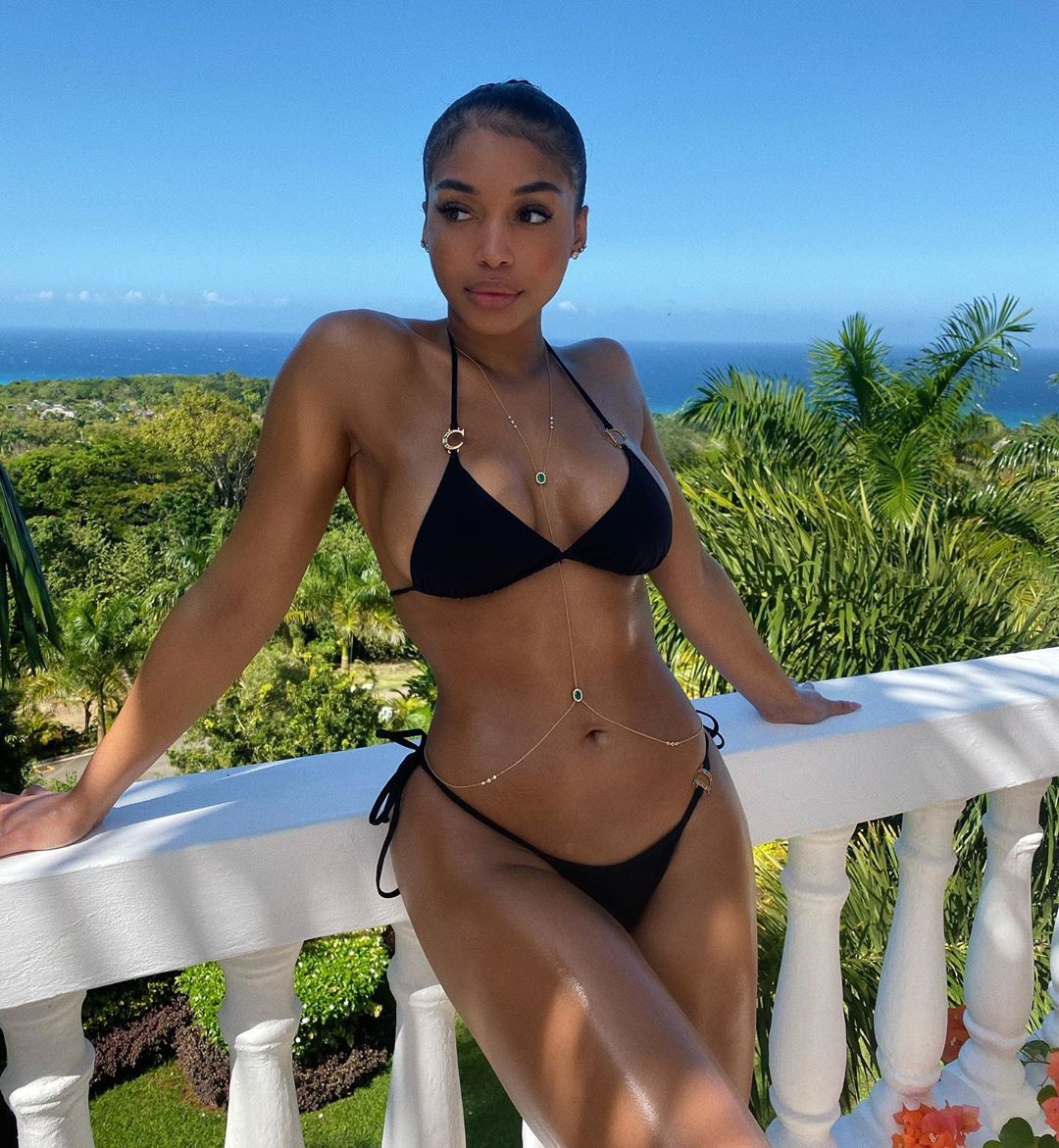 The 36-year-old rapper documented her entrance via his Instagram story, ensuring his 14.5 million followers were up-to-date with the celebrations.

As she made her way inside a giant marquee, Lori was greeted with a glass of champgane and an archway of white and gold balloons.

Lori, who previously dated Diddy, posed for pictures on her very own red carpet before heading inside and having more photos taken by her very own birthday spotlight. 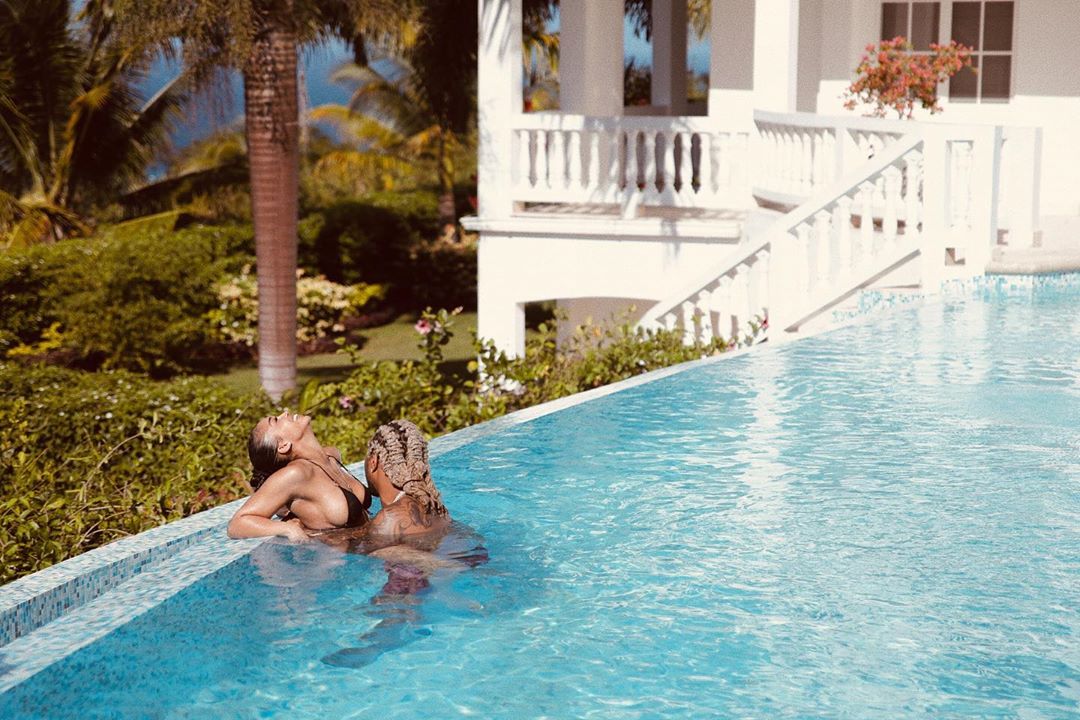 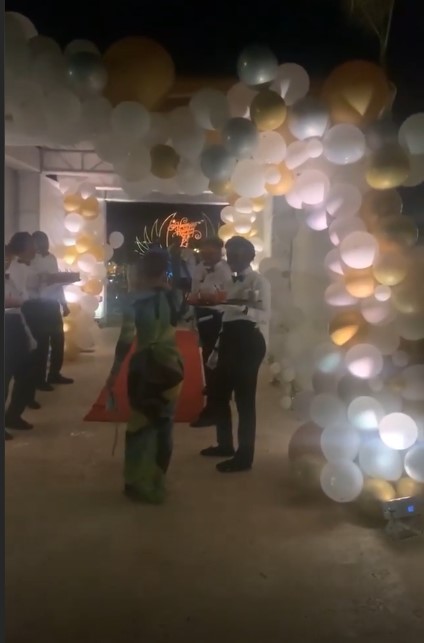 She also shared several snaps and videos on her Instagram story, including one particular racy clip of her sheer dress.

As she pouted for the camera on the balcony of her hotel room, Lori turned away and as a result showed off her pert derriere thanks to the black thong she was modelling.

She also shared video clips of herself blowing out candles on a birthday cake and her having her hair done as she got ready for the big night. 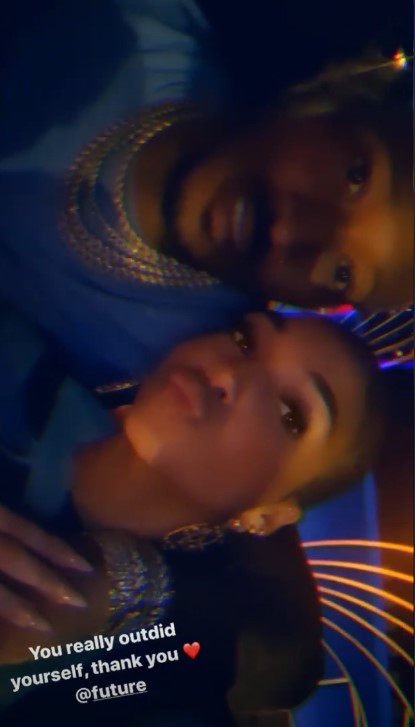 As well as her boyfriend Future, Lori's good friends Winnie Harlow, Jordyn Woods and Normani were also in Jamaica to help her celebrate.

Jordyn, 22, was clearly enjoying the sunny weather and took to Instagram to share several snaps of herself modelling a skimpy gold bikini.

Former X Factor star Normani joined her, and the pair appeared to enjoy putting on their very own photoshoot in the sunshine. 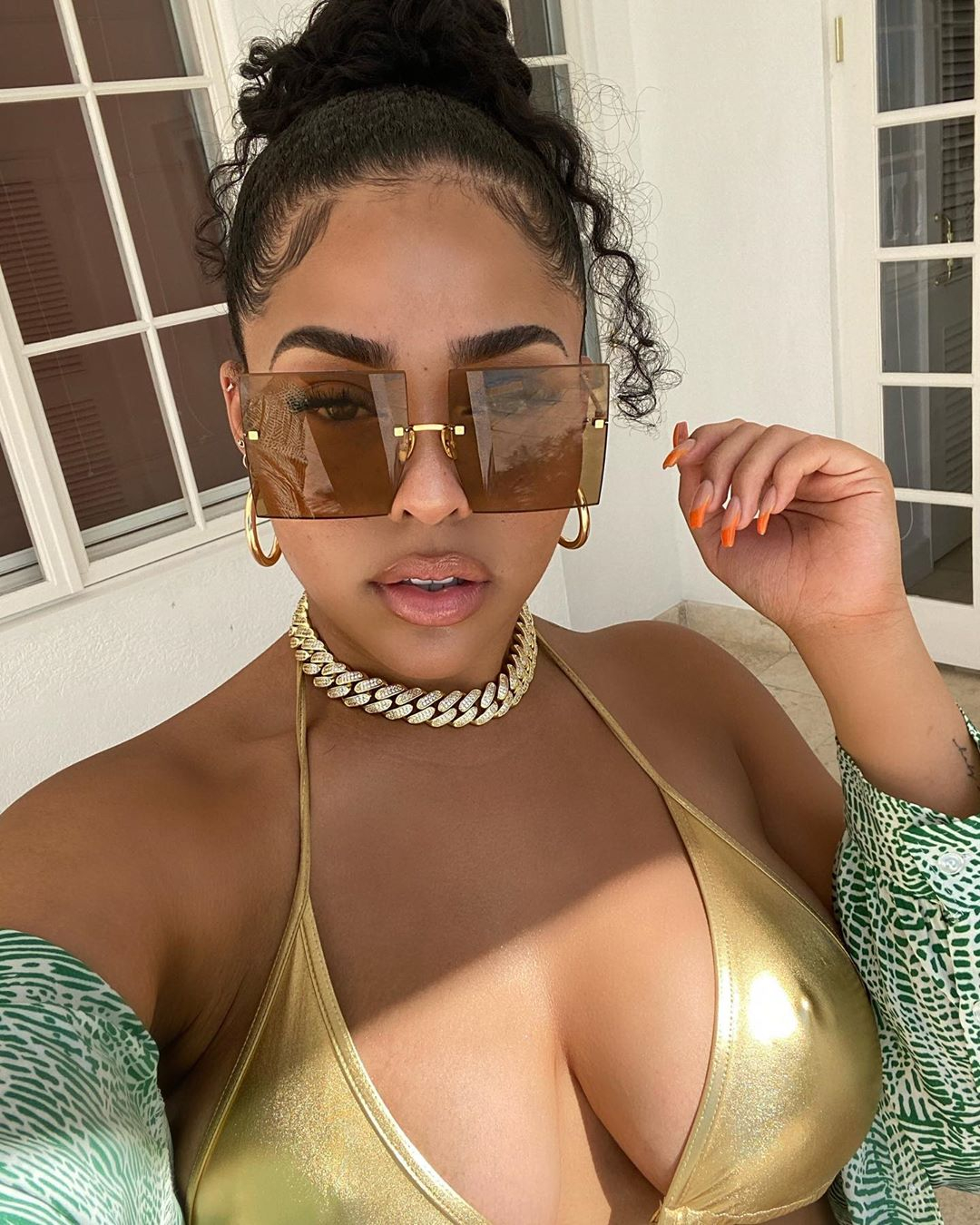 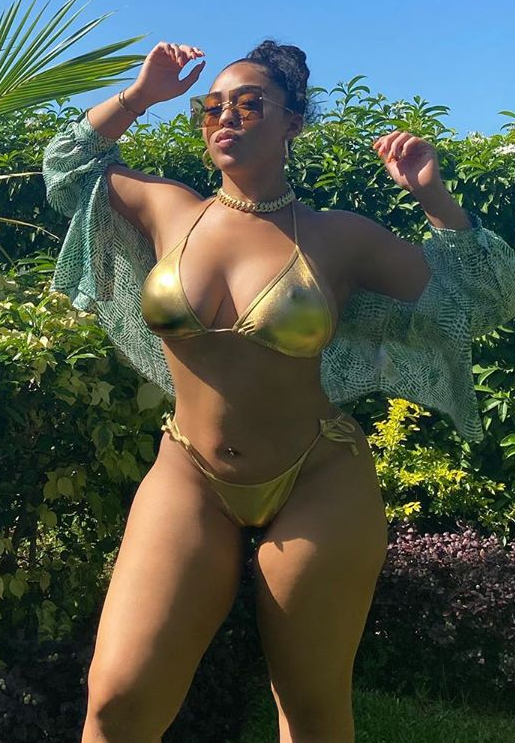 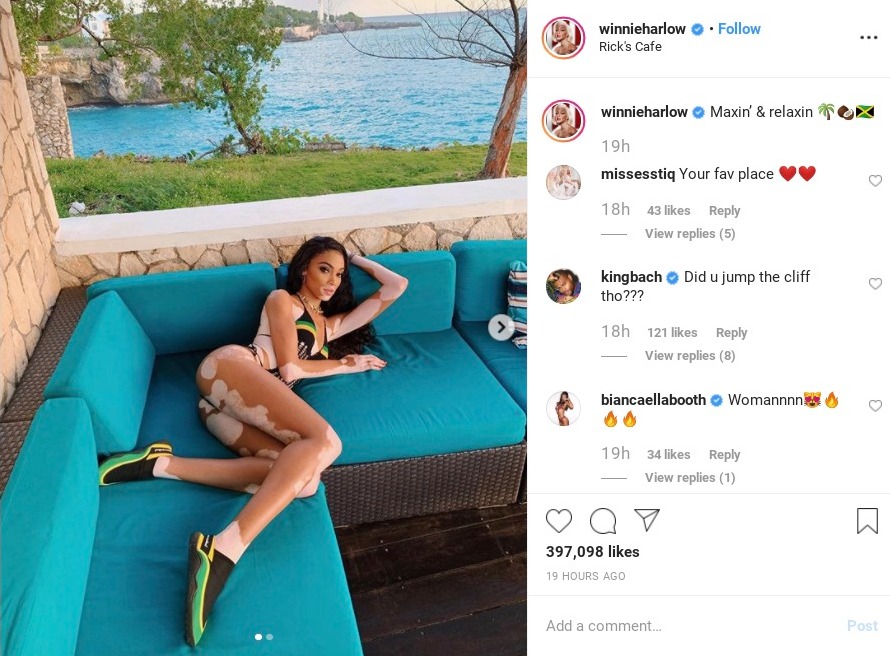 Canadian model Winnie also took the opportunity to share several swimwear snaps and posed up a storm in a crochet swimsuit, which left very little to the imagination.

Laying on a blue sofa with a picture perfect background of the ocean, Winnie flaunted her slender pins as she smouldered for the camera.

The leggy star, 25, wore her brunette hair down in tight curls and accessorised her beachwear look with plenty of gold jewellery. 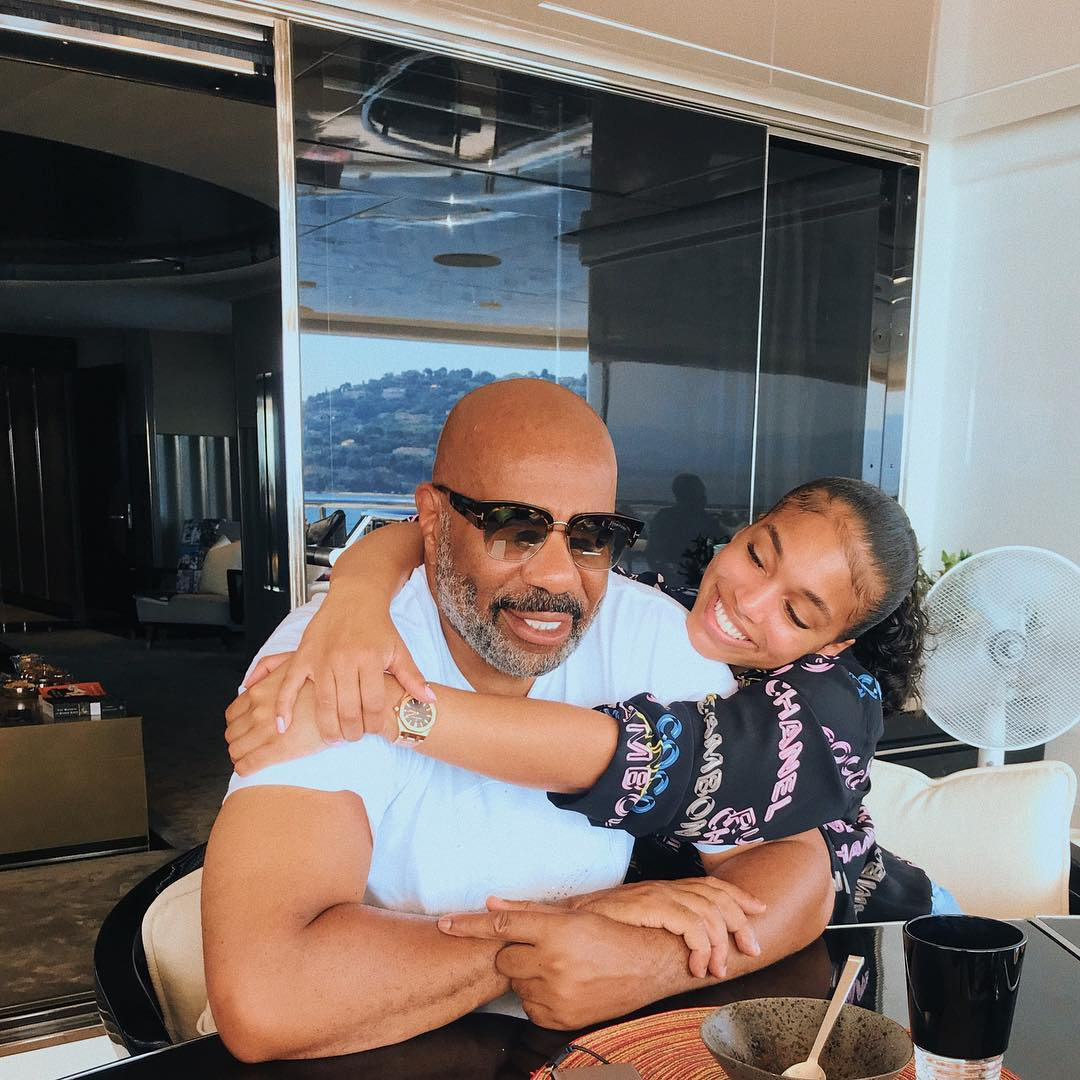 The women were no doubt keen to take Lori's mind off her recent hit and run drama, which was allegedly caused by her texting whilst driving.

According to Radar Online, the L.A County District Attorney's Office said Lori was charged with "one misdemeanor count each of resisting, delaying, obstructing a police officer and hit and run resulting in property damage". 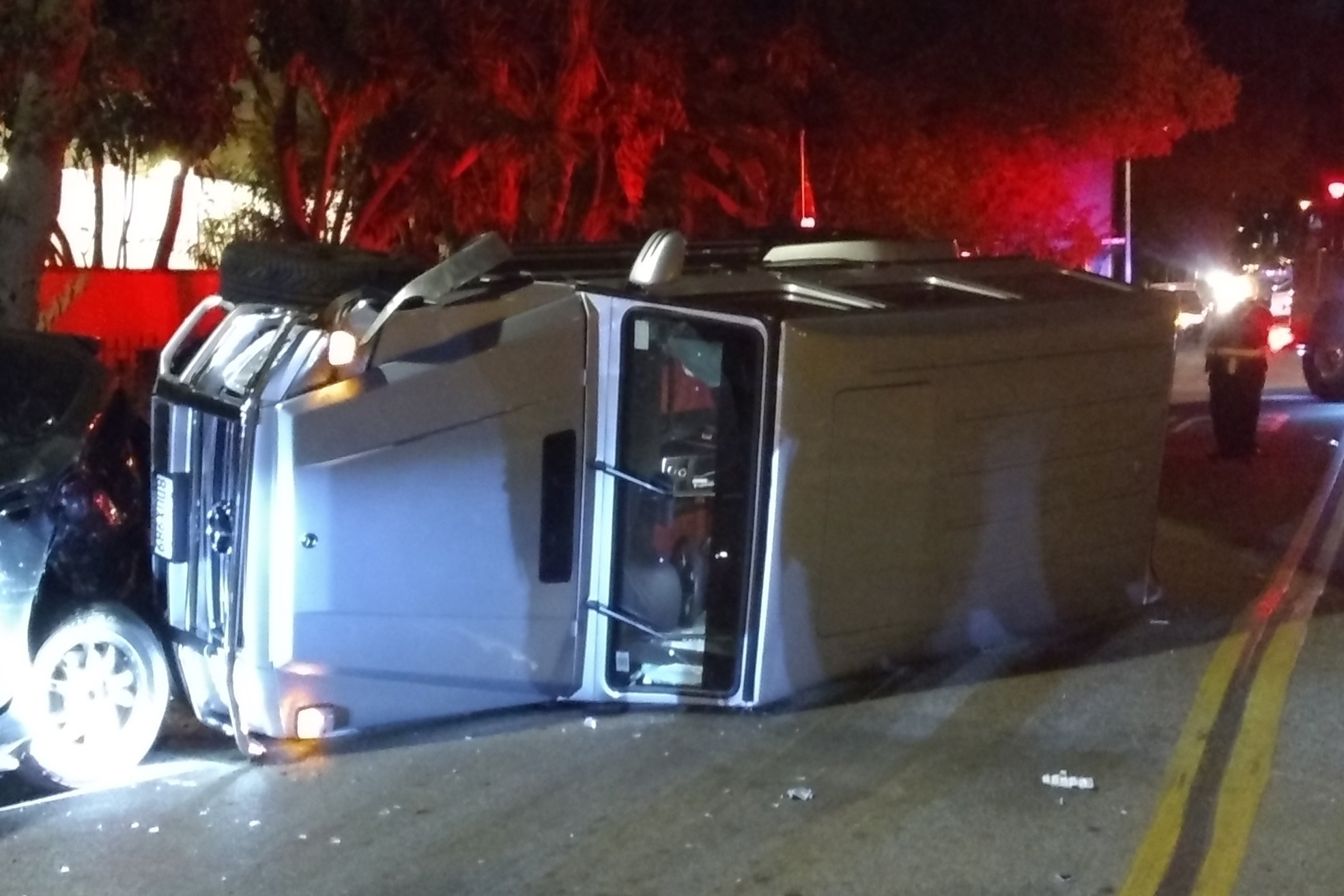 According to reports, Lori could face time in jail and is set to appear in court later this month for her arraignment on January 21. 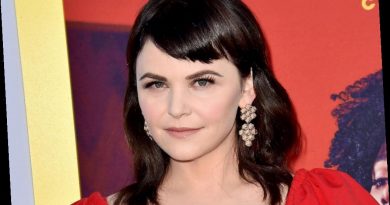 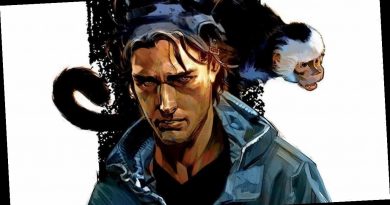 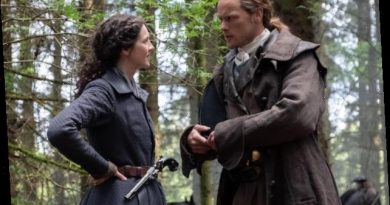