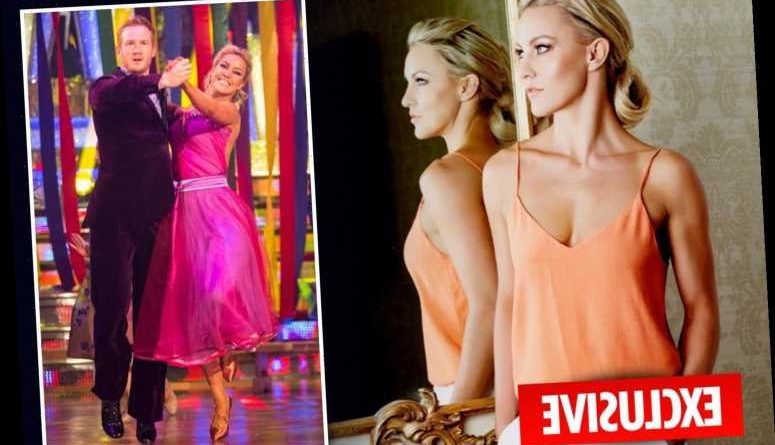 STRICTLY favourite Natalie Lowe wanted a baby more than anything. And her longing saw her hit “rock bottom” after two miscarriages in less than a year.

ro, who dazzled on screen for seven series, has never opened up about her and husband James Kibbs’ secret heartbreak. 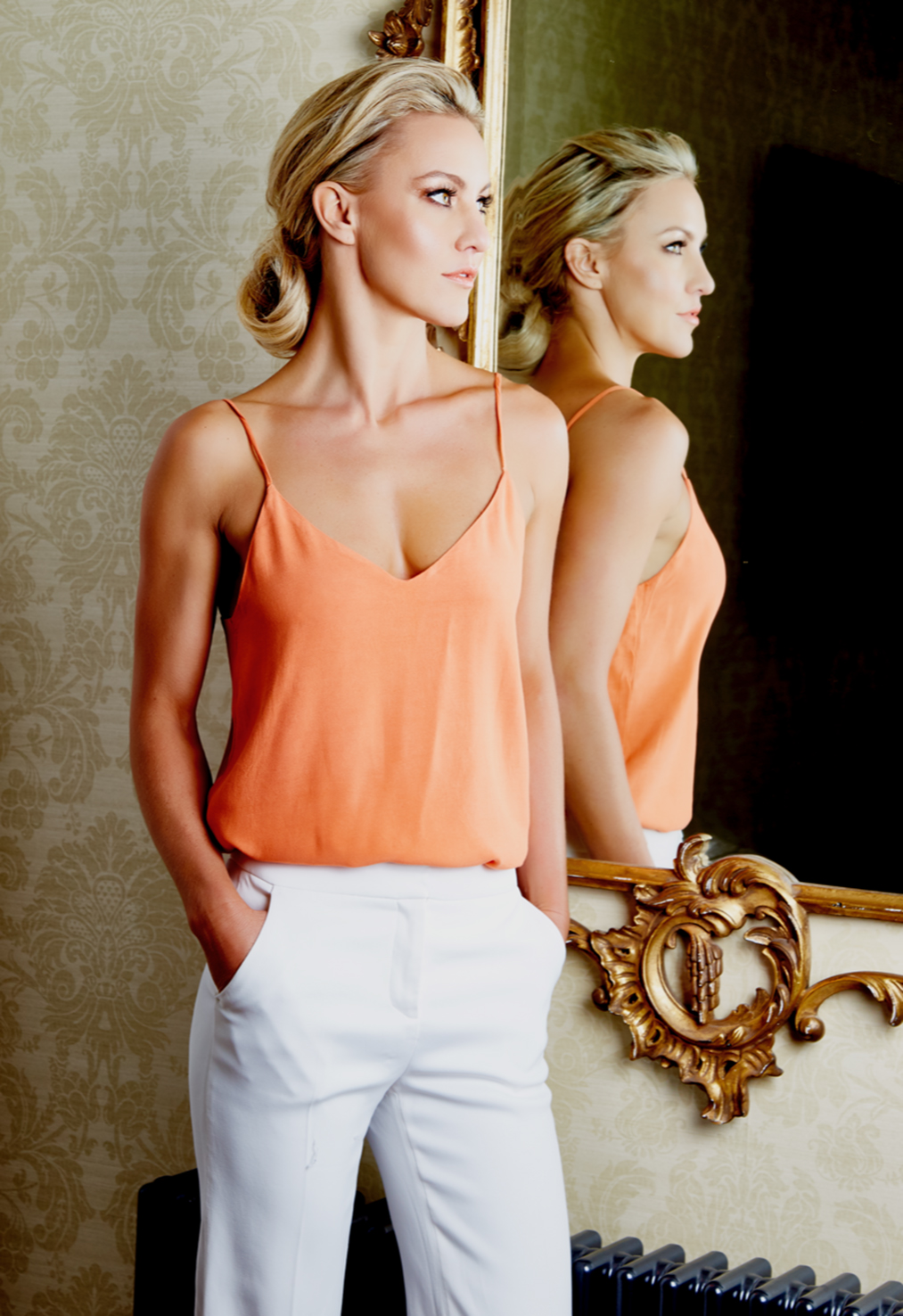 She is speaking out today in the hope that if it inspires even one woman to talk, it will have been worth the heartache.

Natalie said: “I want to be strong for other people because I was so weak. I just want people to know that there is hope.

“It was two years of hell for me and I just don’t want people to have to live like that, in silence. It can be really detrimental to your health, mentally, physically, emotionally.”

But after seven years of gruelling schedules, long hours and endless nights on tour, Sydney-born Natalie decided she wanted to leave the show on a high and start a family. It was just too good to be true

The 39-year-old revealed: “My dance was my passion, my dream, and all I ever wanted to do. I got to a stage where I was like, ‘God, I love my job so much I could do this till I’m 67’ and then you’re just saying, ‘No, you’ve got to face reality, you have a biological clock’.

“I just love to dance but my body burnt out. I knew that if I wanted to be a healthy mum, I had to make the sacrifice.” 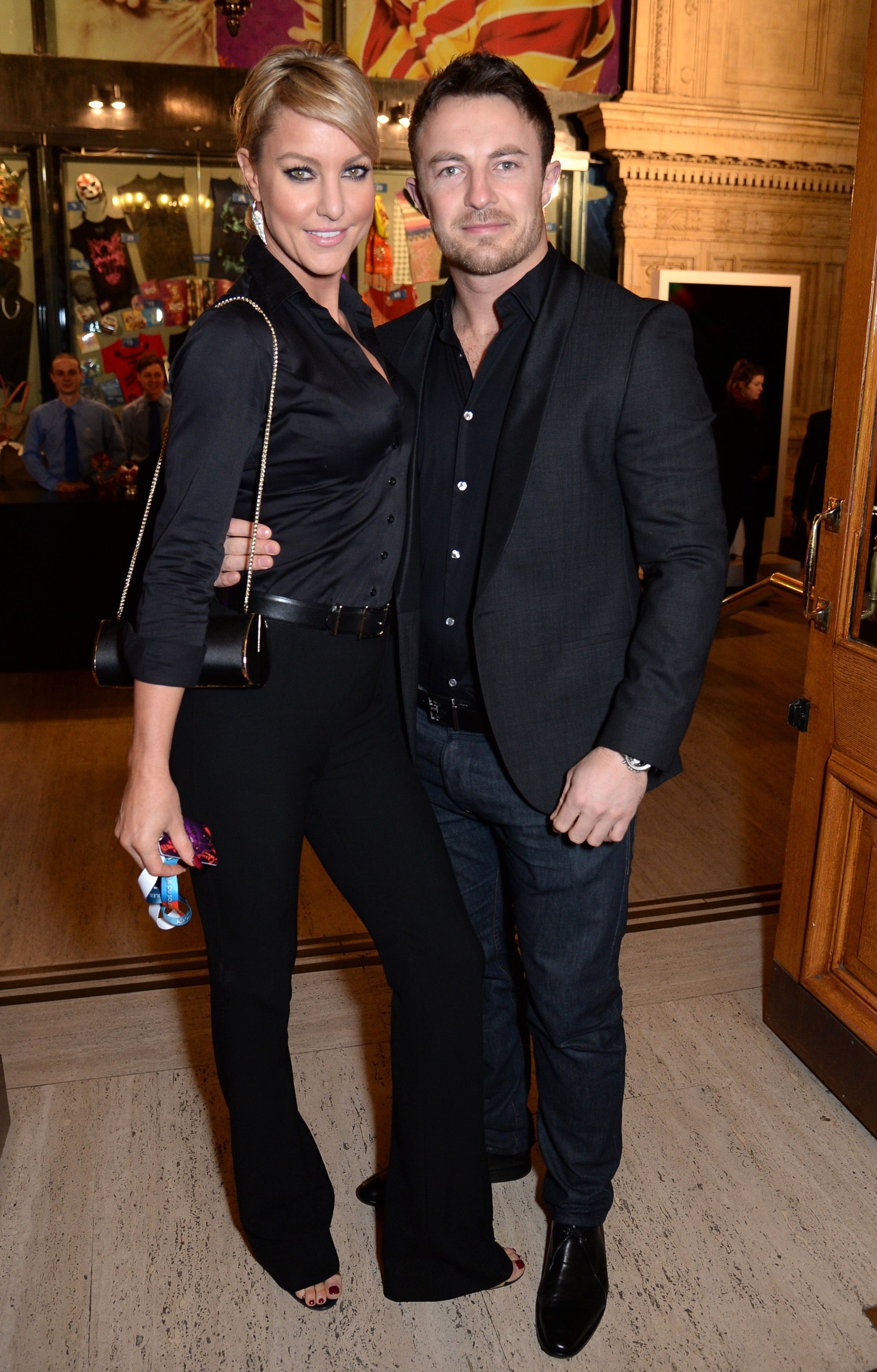 After announcing she wouldn’t be returning to the BBC1 programme in 2017, she started to focus on building her own fitness business, as well as headlining West End show Rip It Up.

Then, three weeks before the wedding, she found out the news she had been waiting for.

She said: “I was like, ‘Oh my god, I’m actually in Australia. I can tell my mum something for the first time instead of over the phone, I’m having my baby, I’m gonna be pregnant for my wedding and then my next chapter is going to begin’. It was just too good to be true.”

I’m not sure which was worse, hearing the news, or how it was done.

But during the flight back to the UK, Natalie said she discovered something “wasn’t right” — and rang James, who had gone to America for work.

She revealed: “It wasn’t until I got halfway home. I rang James from the airport and said, ‘Could you just book me a scan?’

“Then, when I arrived, I didn’t feel right. It was probably the worst day of my life.

“I’m not sure which was worse, hearing the news, or how it was done. The lady who told me, I felt like it was her two millionth time. She said that it wasn’t meant to be. It was just a bit of a double whammy. 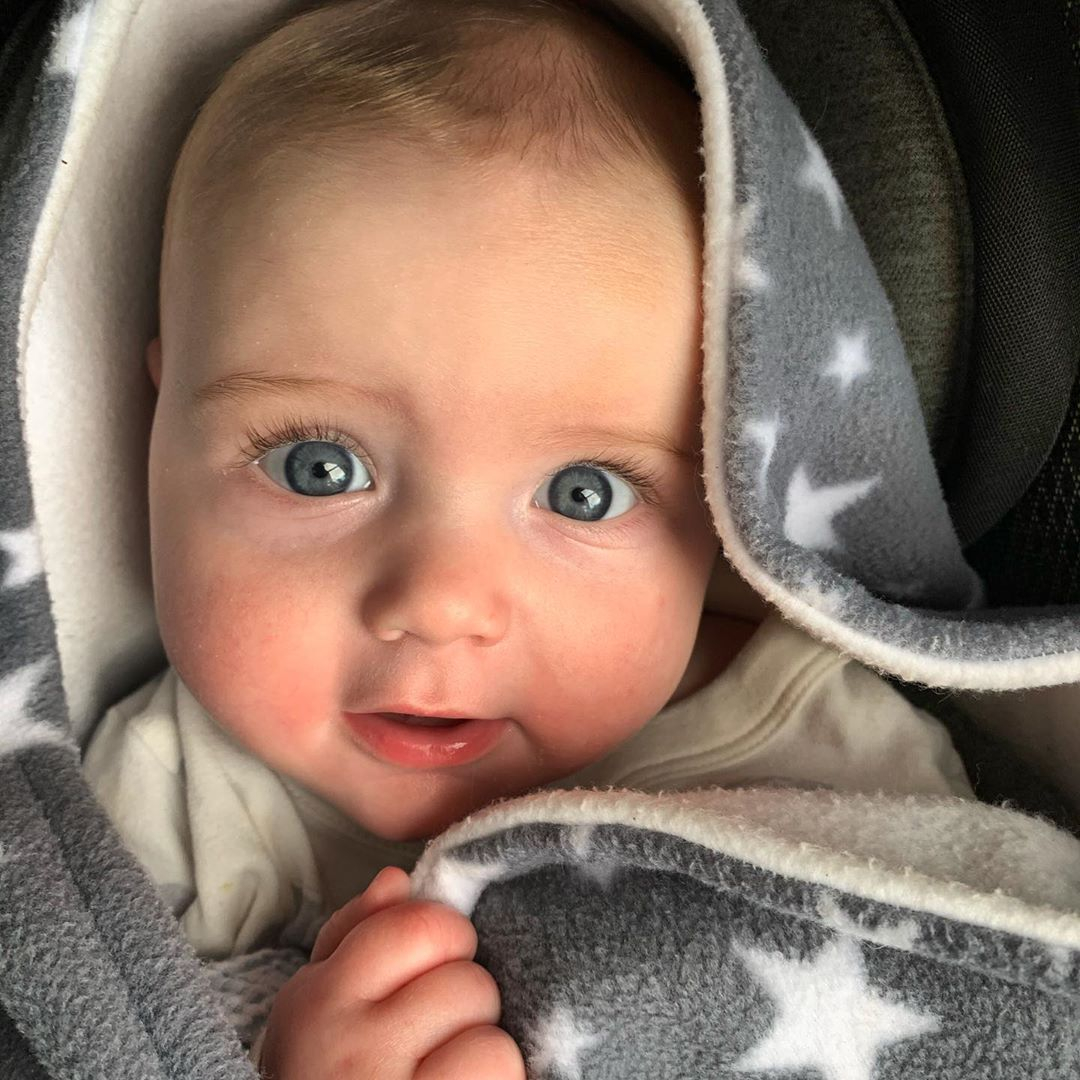 “Everything hit rock bottom for me, I went from being at the peak of my career being on Strictly, performing for the Queen, had just got married to coming home to this

“I had so many questions I couldn’t find answers to. Why? How? Could I have done things differently? Was it flying? All these things go through your mind. And every day was a struggle. I felt like I was alive, but I wasn’t really living. I was in the room, but not really present.

“I wanted to be a mum and also focus on the fitness company. I wanted to get my toe into presenting and into motivational speaking and start a new chapter in how to be the best version of myself. I didn’t book any tours, I had no shows. I had no Strictly, I had no gig.

“So I had all of 2018 as a blank canvas to build my next chapter on. And then because I didn’t have my Strictly family, I didn’t have any work colleagues, support network, no performance to take my mind off things. I think time is the best healer. But too much time is actually damaging and dangerous.

“It was really damaging for me to not have anything, any purpose, anything to look forward to.

“But you also can’t be ignorant to your feelings either. If you are going back to work, you’ve got to give yourself that time to self-care, to grieve.”

It was on a delayed honeymoon to South Africa three months after her first miscarriage that Natalie fell pregnant for a second time. But just two months later, she received the same heartbreaking news.

She said: “The second time just completely ruined me. There’s kind of no escape from that. And it was like history repeating itself. Again, I just put on a brave face, saying ‘I can do this’.

It was five months after my second miscarriage that it really hit me. I felt bad. I felt depressed. I had anxiety.

"You keep hearing from so many people that two miscarriages are so normal. You hear that many women are going through four or five, six or can’t even conceive and you think, ‘Ok, this is not all about you’.”

But after taking a holiday to Greece with James, Natalie said the feelings hit her like post-traumatic stress disorder.

She said: “It was five months after my second miscarriage that it really hit me. I felt bad. I felt depressed. I had anxiety.

“My mother-in-law was going to come around to have a chat, talk about the holiday. When I saw her, she’s like, ‘How was your holiday?’ and I just broke down in tears. I just said, ‘I am not OK, I’m not OK’. 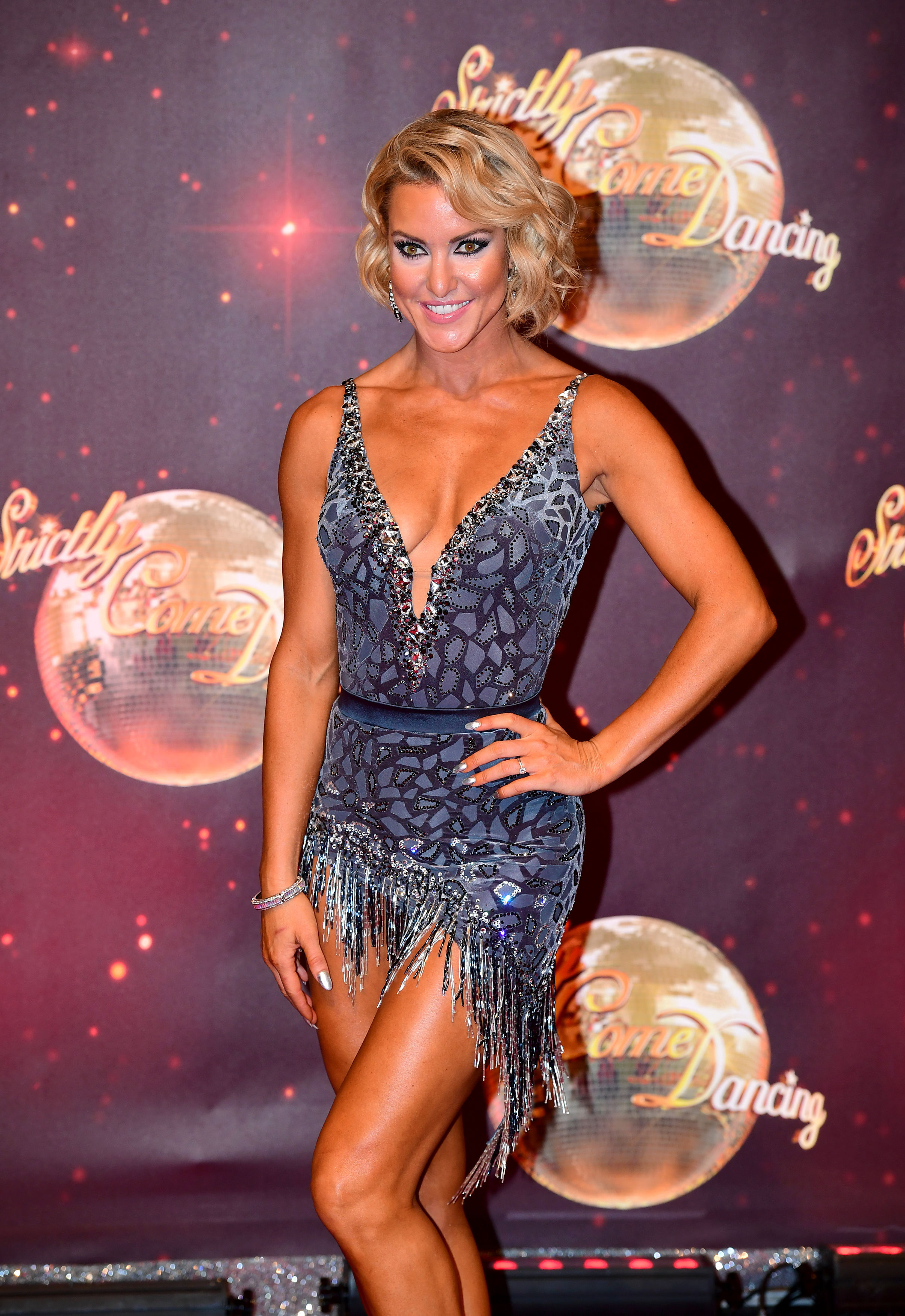 “To hear those words out loud were the first step to my healing, just by talking about it to someone really close to me, and to not put a barrier up to how I was really feeling.”

Natalie set up a one-to-one session with a counsellor from charity Child Bereavement UK.

She added: “You’ve got to realise nature doesn’t always plan things the way you want to be. My life has always been planned. I’ve had people tell me where to be, what to do, what time to brush my teeth, what bus to get on, and then to go from that, to not being in control of anything . . .

“I’ve always wanted to be a mum. I’ve always had it in my mind that I would not give up.

I now believe that everything may have happened for a reason because I can help other people get through this process.

“I now believe that everything may have happened for a reason because I can help other people get through this process.”

There was good news at the end of Natalie and James’s journey, as she got pregnant for a third time in April 2019. Determined not to become another statistic, she battered at her GP’s door and dived into research. What she found out left her reeling.

She said: “I was going to hospital, and I had my two losses there. I said to them, ‘I’m not getting any younger, I’ve had two miscarriages. What can I do to stop myself from losing another, another baby?

“And they said, ‘You have to have three miscarriages before you can seek any medical help’. I cannot fathom that. It gives me chills to even say it out loud. 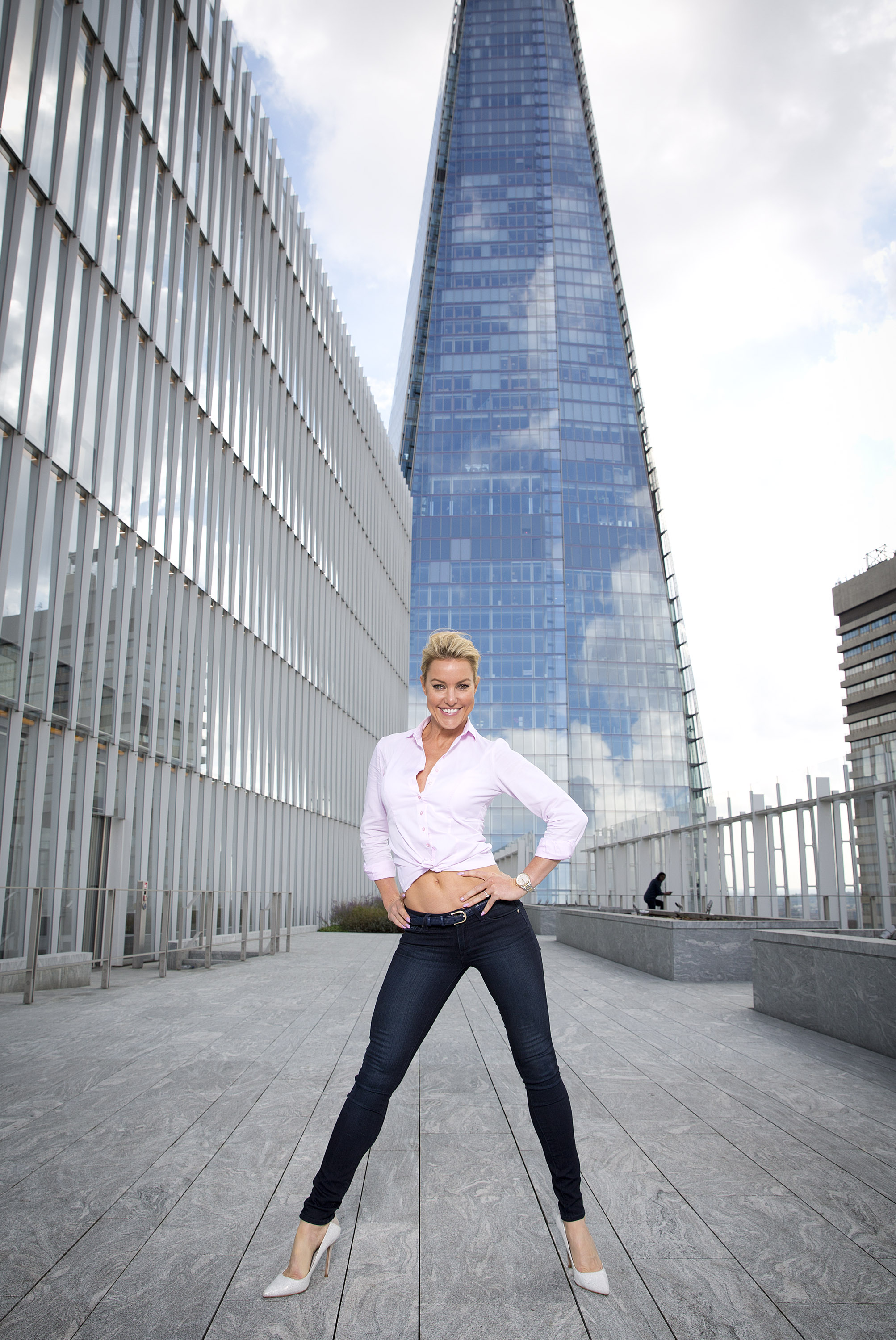 “I just decided ‘no, no, I’m not going to sit and wait and watch and be nervous and have anxiety’.

“I went home and researched for hours and hours. Eventually I discovered that anyone over the age of 35 with recurring miscarriages can get a referral from the GP to get support and look deeper into the medical history.”

She added: “I was given injections and progesterone. Then I was monitored really closely. I just could ring up and say, ‘Something doesn’t feel right’.”

This time, under the careful supervision of St Mary’s Hospital in Manchester, Natalie had healthy baby Jack just a week before the 2019 Strictly final in December.

She recalled: “It was wonderful. It was scary. Everything kind of came down to that moment, but I just felt really fortunate that I was lucky enough for that to happen to me.

“It makes me really sad that people might read this and think, ‘Well, she’s got her prize’. I just feel very, very grateful.’

“This is why I’m talking, because if women don’t know that they can now contact their doctor, research, look, ask questions. Let’s just not sit and wait. This is ridiculous. We’re talking about a human life.”

Most want someone to say they're sorry…and then just listen 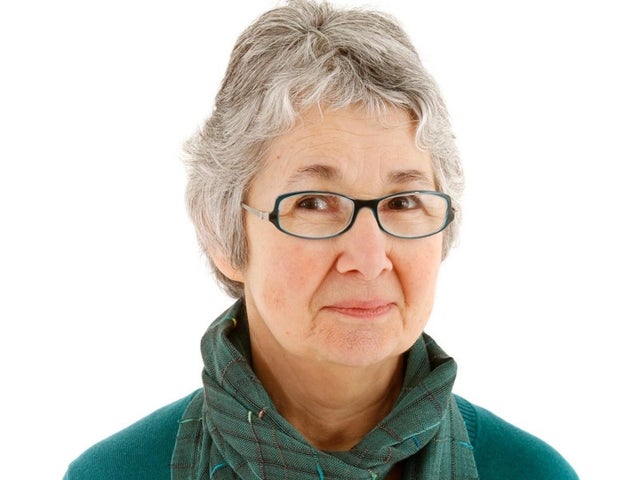 Around one in four pregnancies ends that way.

However early the miscarriage happens, you’ve been thinking “baby”, and now all those hopes and dreams have gone.

So many women and men feel tremendous feelings of loss and grief for what might have been.

Miscarriage is hard enough to cope with once and can make pregnancy a time of anxiety, rather than joy.

And if it happens again – especially in the next pregnancy – that can be even tougher. It can make you wonder whether you’re ever going to have a baby.

I believe that Natalie talking publicly about her experience will be enormously helpful to others going through the same thing.

It might also help other people know what to say – and what not to say.
We’re often very quick to say ‘I’m sure it will be OK next time’ or ‘There was probably something wrong with it’.

These comments are meant to be kind, comforting, helpful and loving but can actually be the last thing people want to hear.

Most want someone simply to say: “I’m so sorry.”

And then to listen, really listen. 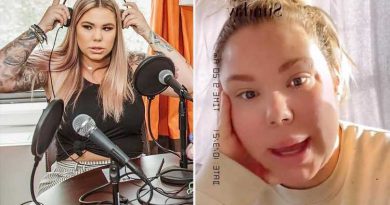 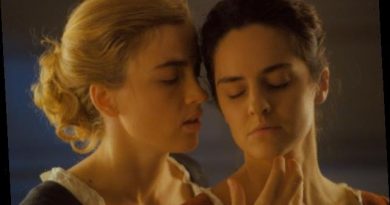 'Portrait of a Lady on Fire' Film Review: Ravishing Drama Is a Feminist Tale