Jesse Williams made his final appearance in the long-running ABC medical drama in Tradition, an episode filled with emotional goodbye’s and prospects of a brighter, more purposeful future. Following the latest installment that featured Sarah Drew’s return as April Kepner, “Tradition” started with Jackson entering the hospital one last time, with his resignation letter in hand.

First on Jackson’s laundry list of goodbyes are Dr. Miranda Bailey (Chandra Wilson) and step-father Dr. Richard Webber (James Pickens Jr.) While news of Jackson’s movie isn’t a surprise for the latter, Bailey is taken by surprise. While turning in his official resignation letter, complete with a list of recommended replacements, Jackson reflects on his trip to see his father.

“I went to see my dad who has shown me my entire life the kind of man I never want to be, checked out,” he said. “You showed me the opposite.”

As his mentors, Jackson said the Grey Sloan duo taught him out to be resilient, courageous and passionate, adding that they each were an example for the father and surgeon he wanted to become.

Though the news will take some digesting, Bailey and Webber were quick to notice what else Jackson’s pivot means.

“To clarify, what has just happened, Jackson Avery is now –” Bailey starts.

He next informs friend with benefit Jo (Camilla Luddington) who’s undergoing her transition to OB duties. They meet in an observation deck where they bond over the fact they’re both going through major shifts.

“Turns out you can change careers in the middle of the pandemic,” he quips. “Thanks for being a good friend especially when I needed one…also the sex is worth a ‘thank you.’”

She reciprocates the gratitude, but also expresses thanks for telling her in-person, unlike ex Alex Karev who left a letter. After Jo leaves to address a page, Jackson takes one last bird’s eye look onto the bustling hospital floor, where he first walked the halls as an intern.

Interlaced with present-day events is footage from Williams’ early days on the ABC series, spanning his appearance with the main cast to moments from the recent season.

He finally meets with Meredith (Ellen Pompeo), whose consistently strong post-Covid stats are enough to send her home, to clear out her room. He tells her about his plans to bring April and Harriet, helping them settle in and “change the world” after that. While they chat on the hospital bed, Mer realizes she won the bet among the original members of the residency class.

She then walks them back to their first day together, telling him about her first impressions.

“I though that’s a big name to live up to,” she said. “But you’re making it your own, you’re reinventing it. I’m impressed.” Meredith tells Jackson to give hell to the foundation and the folks in Boston.

“Thanks for showing me how,” he says.

They extend their bittersweet farewell by opting out of Meredit’s grand clap-out, where many staff members and friends are patiently waiting. Jackson wheels her to the parking lot and drives her home to her kids and Amelia (Caterina Scorsone).

Just before Jackson jets out from Seattle to Boston, he meets with Koracick (Greg Germann), who found inspiration in Jo’s career shift. He tells his fellow co-worker about all the patients he’s lost during the pandemic, adding that he owes it to the victims, especially minority groups, to enact change.

“The world is only the way because we let it be, or because people who look like me let it be,” he tells Jackson. “Let me become worthy of being spared. I want to be an ally. I want to spend whatever time I got left making this lousy, stinking place better.”

Jackson decided to take Koracick under his wing, telling him to meet in Boston.

Williams’ exit episode closes out with one final sequence of Jackson’s most memorable scenes , from preparing for his wedding, meeting April Kepner to notable moments at the hospital. He takes one last look at the Grey Sloan Memorial, before he drives teary-eyed back home.

Jackson’s move to the Avery Foundation in Boston comes as he has grown more and more frustrated by the inequities in the healthcare system amid the coronavirus pandemic, which has disproportionately impacted communities of color and marginalized Americans. Dr. Avery, who has even used his own funds to provide Covid-19 patients with hotel rooms to quarantine, seeks to inspire change at an institutional level as the head of the prestigious Avery Foundation.

Williams has tried his hand at a number of skills beyond acting beyond the years. He has directed episodes for ABC’s Grey’s Anatomy and Rebel and has garnered producing credits for titles including Random Acts of Violence, With Drawn Arms and the Oscar-winning live-action short film, Two Distant Strangers.

He joined the Grey’s Anatomy cast as recurring in Season 6 and was promoted to a series regular the following season. The role has won Williams an NAACP Image Award. 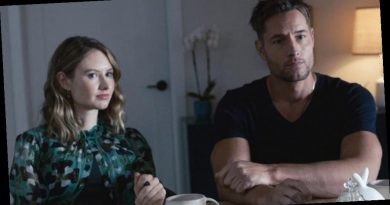 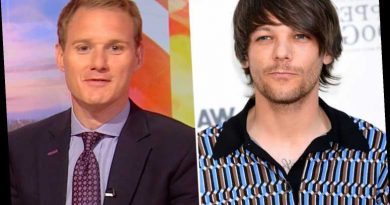 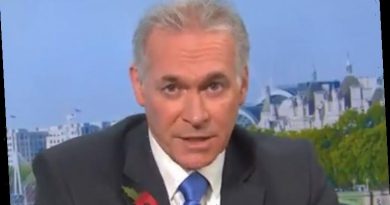