The Good Morning Britain hosts spoke with editor Paul Brand via video link as he gave the latest update from Rwanda. Paul told Richard Madeley and Susanna Reid he had spoken with some refugees from Libya who were concerned about their human rights. However, towards the end of the segment, Richard asked Paul whether it was hot in Rwanda.

“A really quick one, Paul again,” Richard said before asking: “A lot of people have been asking this actually online.

“Is it very, very hot there? Is it very uncomfortable temperature-wise?”

“No, Richard,” Paul laughed. “It’s an interesting question, but it’s not uncomfortable temperature-wise.

He continued: “It’s going to be hotter in the UK this week than it is here in Rwanda.

“And it’s not sort of oppressively humid here, it’s a tropical climate, it’s green as you can see, it’s not dry.

“It’s actually a very pleasant country to move around in.”

The host’s question sparked fury among viewers and many took to social media to share their thoughts.

One viewer branded Richard an “embarrassment” for asking the question at all.

User @Imataxidriver fumed: “Richard Madeley on @GMB this morning asking all the important questions that everyone wants to know ‘is it hot out there in Rwanda’? #gmb.” (sic)

User @uniquedollsUK raged: “‘Is it hot in Rwanda?’ For f***s sake get this man off our screens!” (sic)

Yanto added: “Again Richard Madeley takes over interviews with stupid questions @susannareid100 jump in and shut him up #GMB.”

While Alan Paddock asked: “What an embarrassment Richard Madeley is, his question on Rwanda is it hot there for f**k sake a 6-year-old wouldn’t ask that?” (sic)

“On #SundayBrunch Madeley practically said he’s reached his career peak & is doing #GMB for the lols. ‘is it hot there?’ proves it,” @Fluffadelic tweeted.

Elsewhere in the interview, Paul spoke about the refugee scheme in Rwanda.

“They already have a scheme actually resettling refugees from Libya who were trying to cross the Mediterranean into Europe,” the editor explained.

“They resettle them in a camp about an hour north, actually of the capital, where I am right now, that’s been going on for several years.

“We visited that camp earlier this week and we saw the conditions there and spoke to refugees.

“The few that we were permitted to speak to said that they were happy there.

“But there are significant human rights concerns in this country which we have witnessed too.” 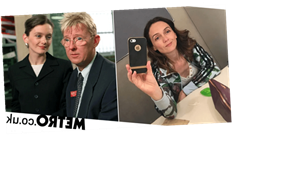 With 'War of the Worlds' and 'Munich', Steven Spielberg Confronted the War on Terror 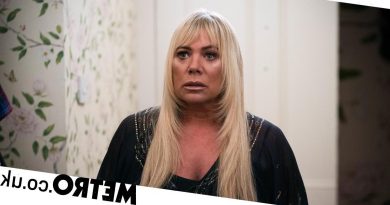