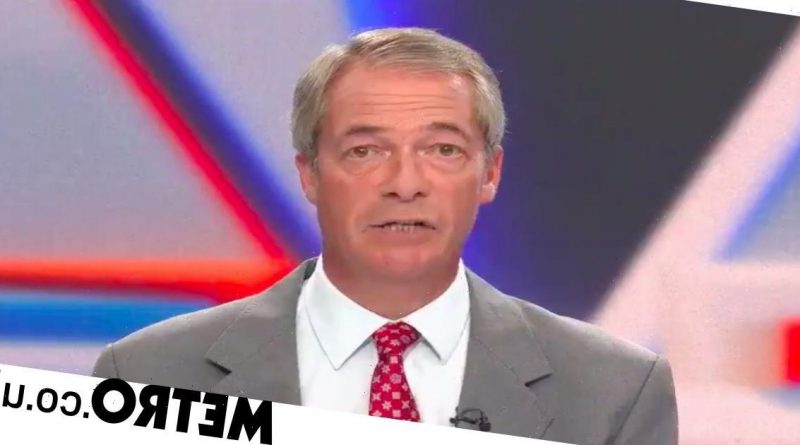 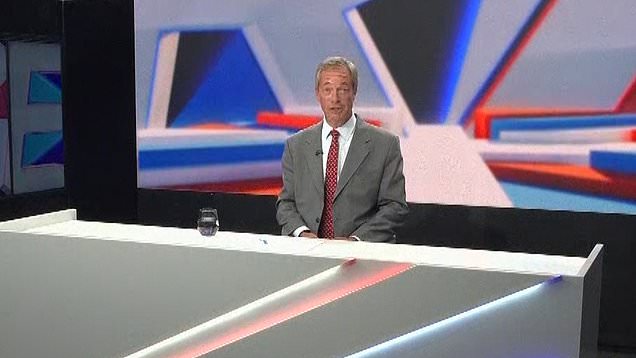 Nigel Farage didn’t waste any time in hitting out at Guto Harri for taking the knee as he fronted the first episode of his new show on GB News tonight.

The former Ukip leader, whose position on the show was revealed just days ago, gave an impassioned opening speech where he addressed the channel’s ‘negatives’, hours after it was announced Guto had quit the channel.

He also took the opportunity to enjoy a pint later in the programme while interviewing Sir Graham Brady.

‘I’ve no doubt you’ve read and seen some criticism of GB News: the sets are black and dull and boring,’ Mr Farage said as he made his introduction. ‘Well, have a look around you, you can see that things are changing.

He continued: ‘And yes, there was a part-time presenter who made a political gesture that wouldn’t have been allowed on any channel in the United Kingdom, and he’s gone. They’re the negatives, but what about the positives?’ 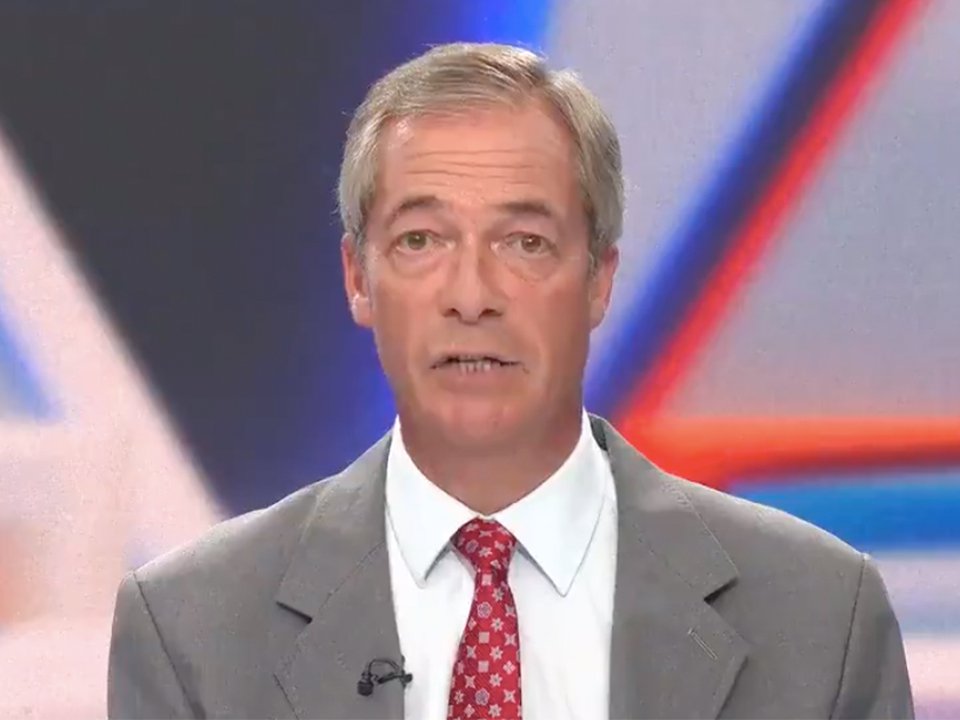 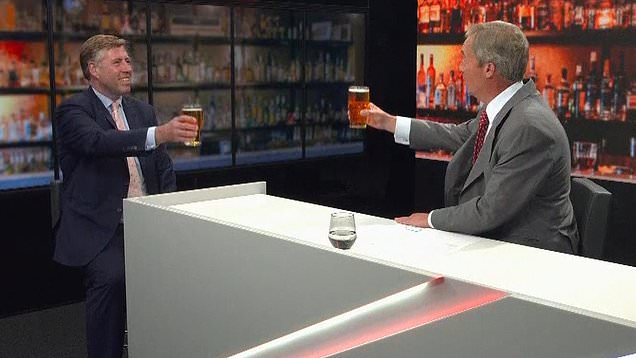 Of course, Mr Farage was referring to Guto, who quit GB News, saying he saw ‘no option’ but to resign after the broadcaster’s response to him taking the knee on air.

He made the gesture in solidarity with the England team, explaining he ‘got’ why they took the knee in opposition to racism ahead of their Euro 2020 matches.

Last week, GB News apologised in a statement shared on social media after Guto made the gesture, writing: ‘GB News stands four square against racism in all its forms. We do not have a company line on taking the knee.

‘Some of our guests have been in favour, some against. All are anti-racist. We have editorial standards that all GB News journalists uphold.

‘On Tuesday a contributing presenter took the knee live on air and this was an unacceptable breach of our standards. We let both sides of the argument down by oversimplifying a very complex issue.’

Talking about why he’s decided to join the broadcaster, Mr Farage went on to explain that he ‘believes in GB News’.

Mr Farage added: ‘The need for GB News has never been greater.’

Elsewhere in the programme, the new presenter sipped on a pint while interviewing Sir Brady, the Chairman of the 1922 Committee.

‘I think we’ve got here an India pale ale,’ Mr Farage enthused before raising his glass. ‘So, cheers and welcome’. 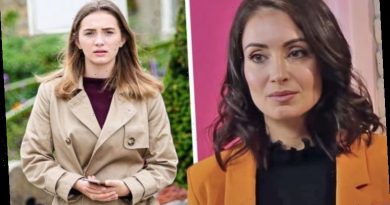 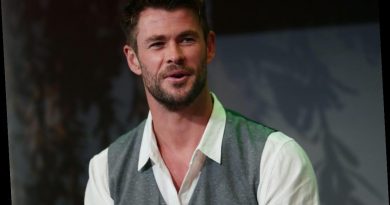 Thor is 'Basically a Teenager' in the MCU 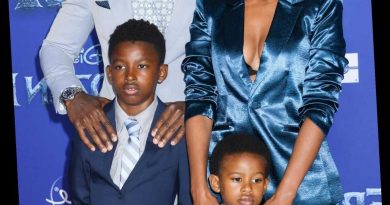 Frozen 2's Sterling K. Brown Jokes 'I Hope I Don’t Get Cut from the Film' at L.A. Premiere